Conference Championship Week is upon us! That means we’re getting close to #NFLDraftSZN and @tristancook_ is here to break down all the players to know in the Weekly Watch! 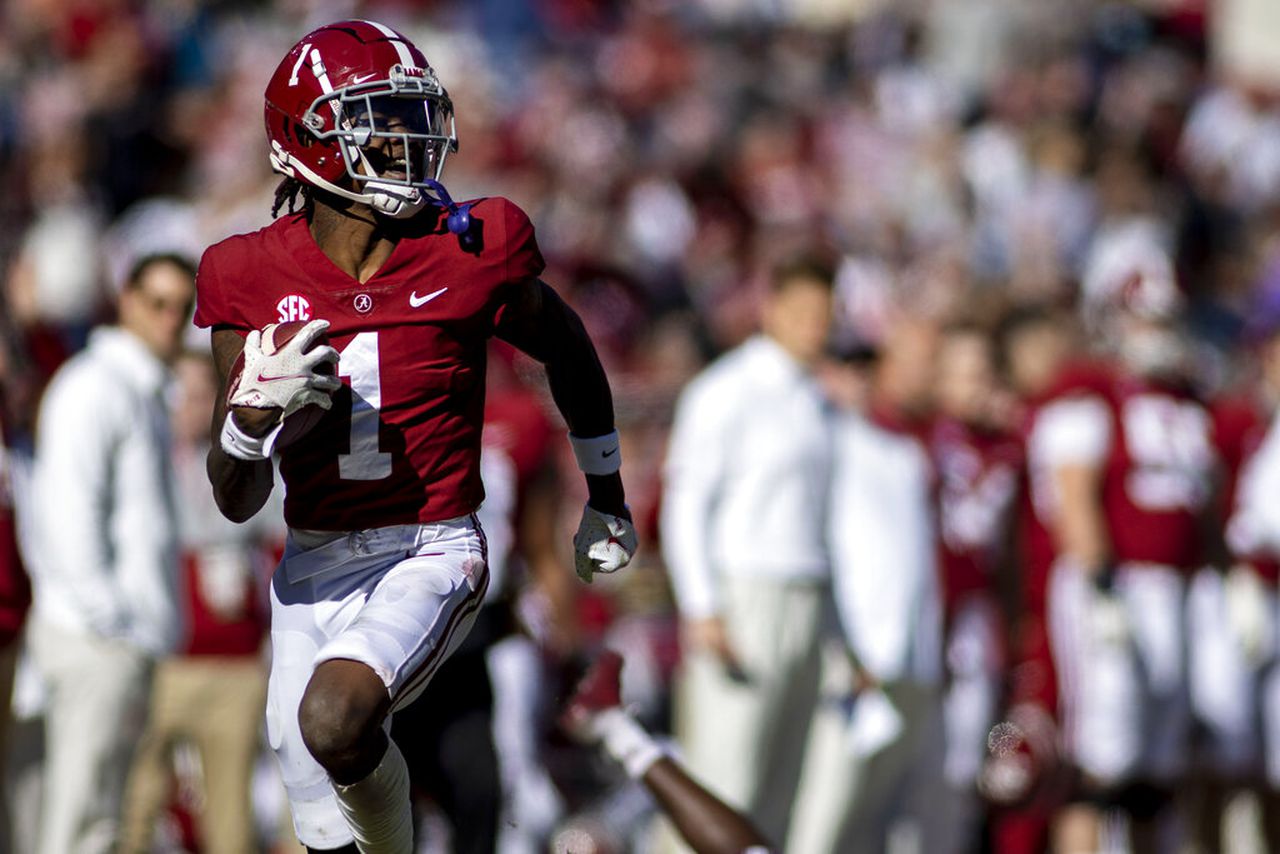 Conference Championship week is here! If you’re new to this article, the goal is to bring you the top dynasty prospects to watch in nationally televised college football games. It’s never too early to take a look forward. Who are the top prospects playing? Who are going to be the sleepers of upcoming rookie drafts? Check back here every week for my ‘Weekly Watch’ series before you head into the weekend. Use this article each week as a place to refer back to as you get ready to watch each game.

Feel free to reach out on Twitter (@tristancook_) if you have players you think deserve to be mentioned in next week’s article. But, hopefully, this will give you a few names to monitor throughout the year.

The player to note for Baylor is senior WR Tyquan Thornton. He’s had quite the up-and-down season in 2021. Thornton shows flashes of potential, but needs to be much more consistent if he’s going to succeed at the next level. His NFL future will largely depend on how well he tests, but I think he has a chance to make a splash. He will be the top target for Baylor against OKST.

After an impressive sophomore year in 2018 for Washington State, Martin underwhelmed in 2019. He transferred to OKST prior to 2020, but didn’t do much for them. However, he has looked much better here in 2021, and has a chance to make his name known if he can play well against Baylor and test well at the combine. Keep your eyes on Martin when OSU has the ball.

There are two players to know for the 2022 class for the Bulldogs. First, we have RB Zamir White, who I have been a bigger fan of than a lot of people. I won’t pretend that he doesn’t have serious longevity and injury concerns, but the talent is undeniable. I expect to see Zamir heavily utilized, and if he can show up well against Alabama he might see his name boosted in draft rankings.

The other player to know for Georgia is WR George Pickens. The best news for Pickens is that he got on the field last week and caught a pass. It’s still very up in the air whether or not he will declare, but like the aforementioned White, Pickens’ talent is undeniable. I think it might be wise to stay until 2023 to show he’s fully healthy, but if he declares this year he could be a massive value in rookie drafts.

The top name to know for 2022 for the Crimson Tide is WR Jameson Williams. He had a disappointing game against Auburn last week as he was ejected for targeting when covering a punt. However, when he’s on the field, Williams has been unstoppable. The top of this class for WRs is still very much up in the air for me, and Williams is one of the names I expect to hear called on day 1 of the NFL draft.

The other WR to watch is John Metichie III. In Williams’ absence, Metchie went for 13/150/0 and the crucial 2-pt conversion to win the game in the fourth overtime against Auburn. I think Metchie is going to be a value pick in rookie drafts because his name seems to be slipping down WR rankings. I’ll likely end up with several shares, and I’m happy about that.

The next player to know is TE Jahleel Billingsley. He, like many Alabama TEs, isn’t a huge part of the passing attack. However, Billingsley has the physical attributes that should make him a top TE prospect in this class. He’s usually hovering around the TE3-4 mark in this class. Billingsley will likely be a mid-late round rookie pick, but depending where he goes, could be the type of player that produces at the NFL level without ever really doing so in college.

The final name of note is Bryce Young. I don’t need to say a ton more about him. He’s having a spectacular year so far and looks like he’ll bring home plenty of post-season award hardware. I imagine he’ll end up winning the Heisman, and going into the 2022 season as the projected 1.01. There’s still time for that to change, but that’s the track we are headed down.

The main name to know in this game is QB Desmond Ridder. I think he’s got a good chance to surprise a lot of people with how early he ends up getting drafted. He obviously will need to play/test well, but I do expect him to. Ridder has all the tools that NFL teams could want, he just struggles with consistency on some of his throws. I’ll be excited to see how he does in the playoffs if Cincy wins this game.

The best prospect this year for the Wolverines has been RB Blake Corum. He seems to still be recovering from a shoulder injury he suffered several weeks ago. He did manage to have an impact on the ground in Michigan’s upset win over Ohio State last week. However, it was Hassan Haskins that dominated on the ground. Corum is still the much better prospect, but expect to see multiple RBs for the Wolverines.

The main man to know for the Hawkeyes is RB Tyler Goodson. He’s coming off a big game in the comeback victory over Nebraska last week. Goodson is somewhere in my 12-15 ranks for RBs this year. So, I wouldn’t say I’m a huge fan of his. However, he does possess some impressive traits, and if he declares, it will be worth watching to see where he goes.

The Pitt Panthers have one of the biggest movers in the 2022 draft class since the start of the season with QB Kenny Pickett. He’s moved all the way up to the #1 QB on Mel Kiper’s most recent draft board. We saw a similar type of ascension from Joe Burrow not too many years ago. Pickett is actually my QB4, but that says more about the lack of elite QB prospects than any specific ranking. They are all kind of lumped together.

The other player to know in this game is sophomore WR Jordan Addison. He’s been absolutely ridiculous this year for the Panthers. Addison has 1353 receiving yards and 17 TDs on 85 catches. The next closest players in each category have 43 catches, 606 yards and 6 TDs. He’s been an absolute monster and should be in the discussion for top WR in the 2023 class.

The player to watch for the Demon Deacons is WR AT Perry. Standing at 6’5, Perry is a beast on the field. The third year sophomore has been one of the top targets for QB Sam Hartman this year. He has a team high 13TDs, and leads the team in yards per reception. Perry has a real opportunity to shine if he and Hartman both return for another season. If so, I’d be on the lookout for Perry to break out in a huge way in 2022. If he declares this year, I’ll still certainly be interested.

That’s it for this week’s games. As I previously mentioned, if there is anyone you’d like me to take a look at, or want to share your thoughts on anything dynasty related, hit me up on Twitter ( @tristancook_ ). Also, check out tape on some of these guys in the Dynasty Nerds’ Film Room. And, if you’re interested in joining the #NerdHerd? Use the code “tcook” for 15% off any membership. Sign up here and get an edge on all of your league mates today! You can get access to the DynastyGM tool (including our Trade Calculator and new Trade Finder), the Prospect Film Room, an extra weekly podcast, full rankings, and much, much more!