We’ll all been there – losing our minds over a make or break decision between Player A or Player B. @DavidZach16 shows you that weekly lineups don’t need to be stressful – just follow the trends! 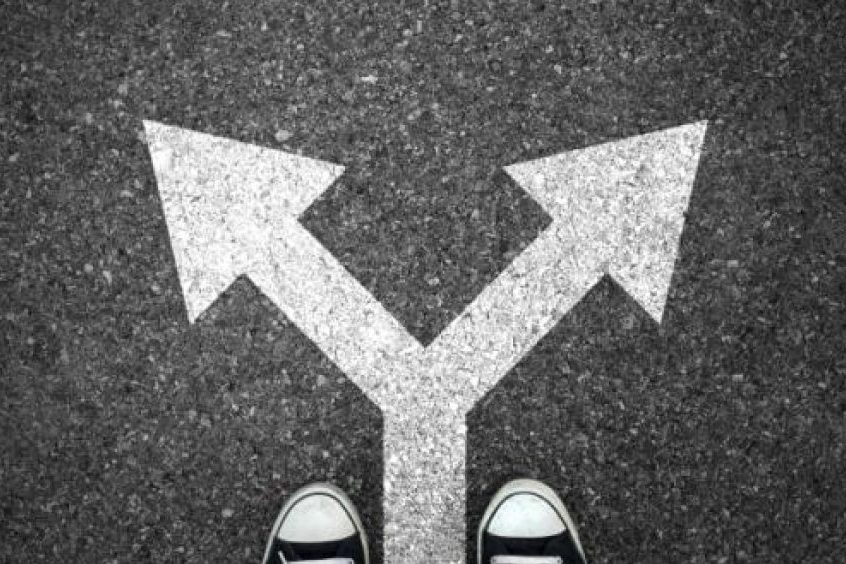 We often tear ourselves up deciding who to start on Sunday. We weigh the pros and cons before making a last-minute gut decision swap minutes before kickoff. While we each have our own processes, I’d like to go over what was shown the most success for me. This is meant to be an evergreen article for weekly lineup decisions.

Fade the Noise, Find the Signal

Noise is the Twitter echo chamber, knowing a starter is hurt, so the backup is a play but not overcompensating, “coach wants to feed him” (most coach talk is pretty fluid), and many other narratives we tell ourselves to justify a possible bias we don’t even know we have. The signal we need to hone in are trends that are proven time and time again.

Let’s take a look at each category and how this should guide our lineup decisions (or DFS if you’re into it).

This is by far the category I search for most each week, and for good reason. Funnel defenses not only are typically susceptible to a certain position, but they force a team to be rather one-dimensional and ensure they get volume. Pass-funnel defenses are teams like the Falcons, Seahawks, and Steelers. They are rather good, if not exceptional, at stopping the run, which forces a team to pass much more often than they normally would. All three teams allow top-10 fantasy points to wide receivers yet are all 13th tougher when allowing points to running backs.

Flip the positions for run-funnel teams, of course, but the idea is consistent and reliable nets you points each week. These teams should trigger instant alarms in your mind when deciding between a few players. There is no bigger edge in all of fantasy in my research than to exploit defensive tendencies like this.

Note the chart below on what positions to target against specific defenses, accurate as of week 10 of the 2020 season:

I won’t spend too much time here as I’m assuming most if not all of you use this in your decision making. Games with high combined totals of ~51 or more should jump out at you. Equally the same for games under 45 points. Obviously, high or low scoring projected games make a difference. You want players in high scoring games.

Implied totals are equally significant. They can dictate a positive game script with those projected to win by six or more points in running backs or for those wide receivers in a notably negative game script.

This all equates to that if you have a close decision between two players, choose the one with a higher game and/or the one with the implied team total in a script that is position friendly.

Vegas has proven to be one of the most accurate predictors in the game, and you are doing yourself a disservice if you aren’t utilizing someone else, putting in thousands of hours of work for you to use for free.

In case you didn’t know (you do), more plays in a game result in more chances for a player to touch the ball. Volume is king in fantasy, and what easier way to exploit this than knowing your fantasy player is facing one of the fastest paced teams in the league?

Oftentimes, these fast rate players also happen to be funnel defenses, such as run-funnel Dallas or pass-funnel Falcons. However, it’s very important to take a combined plays per game average of each team based on the week. A team slow team like the Giants can negate the positive effects of playing a fast-paced team and vice versa. When the combined average is well above league average, that’s when its wheels up.

There are many sites you can use, but I personally go with TeamRankings.com found here.

Often overlooked, snap count trends are the final piece in my weekly lineup concoction. We need to be following players who are losing playing time, increasing playing time, or remaining static. This will tell you breakout games before they happen. Opportunities arise from being in the game, and snap counts show us this rate before the fantasy volume does in many situations.

One perfect example is Mark Ingram. Even before the injury, his snap count was steadily decreasing, while Edwards and Dobbins were on the rise. I personally benefited from noting this trend, and the narrow margin I won from putting Edwards into a lineup on a rough positional depth week helped me win the week.

This can be a fair amount of work, but is worth the payoff in the end. I use Lineups.com to keep track with the percentage icon.

Putting it All Together

While many of these categories are incredibly beneficial in their own respect, the combination of all of them is where the key to victory lies.

Take for example the Tyler Boyd and Tee Higgins breakout game, which I emphasized on twitter the week leading up to the game:

Cleveland was a pass-funnel defense at the time due to a recent rough stretch on injuries to their secondary. The game had a point total of 50.5, which isn’t crazy high but plenty enough considering the other factors. They had the highest combined plays per game between the two of them of the entire week slate. Finish it with Higgins and Boyd being staples in the offense from snap rates, and we had the perfect recipe for success. They both proceeded to score over 18 points each. Perfection.

Remember that our edge in the game is to recognize proven processes that lead to fantasy points. These are four staples that I trust week in and week out. While many other factors can still be at play, this is a great core building to start from.