@ethanAwyatt looks to bounce back from his horrendous week 9 this week. He turned to some unlikely players to get the job done. 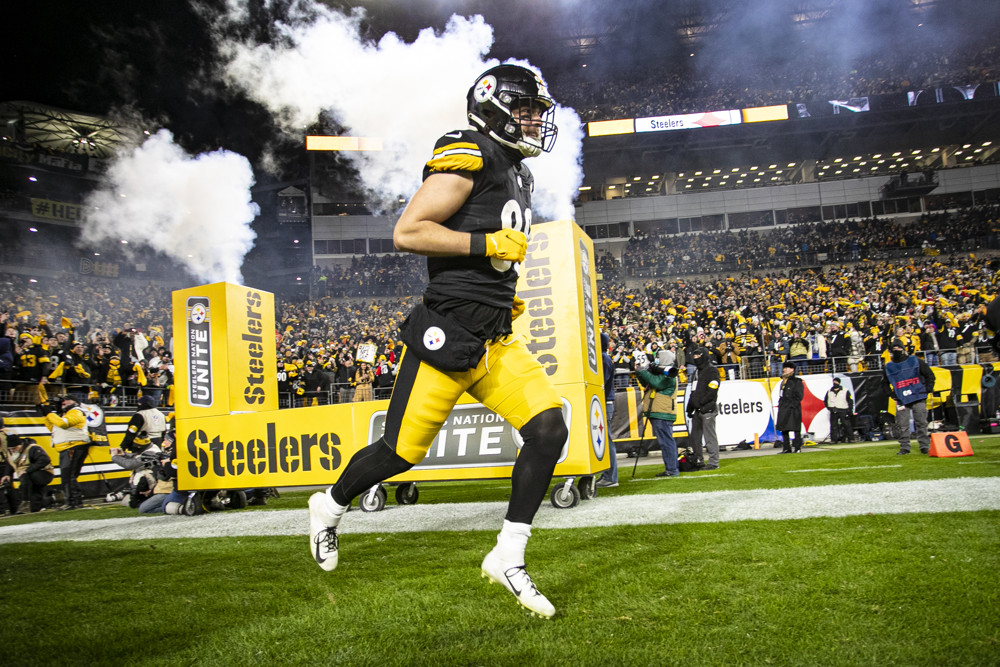 I can’t wait to move past my week nine results and never have to talk about it again. I nailed the sit section of my article last week. However, my start calls were atrocious.

New Orleans Saints tight end Taysom Hill and Baltimore Ravens tight end Isaiah Likely were both highlighted as starts last week. Hill had a whopping 19 total yards and no touchdowns, while Likely caught a pass for 24 receiving yards and a touchdown on five targets.

On the other hand, I recommended you sit Ravens tight end Mark Andrews, because of injuries. Andrews missed the game, so I’ll take that as somewhat of a win.

The other player that highlighted my sit section was Miami Dolphins tight end Mike Gesicki. He tallied only three receiving yards on a singular catch.

Now, let’s dive into week ten and get passed this trainwreck.

One of the biggest surprises in the tight end landscape has come from one of the most disappointing offenses. Denver Broncos tight end Greg Dulcich has had 12 receptions for 182 receiving yards and a touchdown since returning from injury in week six.

It’s just a three-game sample since the Broncos had their bye last week. Another surprising stat from that run is that Dulcich averages just over five targets per game.

In Week 10, Dulcich and the Broncos have a tougher matchup with the Tennessee Titans. However, he should be an easy plug-and-play. Not many tight ends are guaranteed to get the work that Dulcich receives. With that, he should provide your teams with a nice floor and touchdown upside. I expect Dulcich to finish as a top-ten tight end in PPR fantasy leagues this week.

I’m not going to lie, recommending someone to start Los Angeles Rams tight end Tyler Higbee is dangerous. He could just as easily give you zero fantasy points as he could give you ten catches for 73 receiving yards.

However, I’m banking on Rams head coach Sean McVay and offensive coordinator Liam Coen attacking the Arizona Cardinals weaknesses. One of those weaknesses is defending the tight end position. Since 2021, the Cardinals have been one of the best matchups for fantasy tight ends. For some reason, they struggle to cover the position. With the Rams lack of success on the offensive end of the football, they need to leverage any advantage they have. It’s as simple as that. Higbee’s had six or more targets in five of eight games this year. In three of those contests, he’s received double-digit targets.

I’ve chosen Higbee as a start because he will get a high target share this week against a poor defense. Plug him into your lineup without a second thought. I expect him to be one of the highest-scoring players at his position this week.

Pittsburgh Steelers tight end Pat Freiermuth has quietly had a decent sophomore season. Freiermuth has collected 32 receptions for 367 receiving yards and a touchdown this season. While those stats aren’t eye-popping, it is only his second year in the league. Young tight ends typically struggle their first two to three years in the NFL. Freiermuth has clearly shown he’s of a different breed, and his future shines bright.

With that said, bench him this week.

In Week 10, the Steelers face the Saints, a defense that has given up the fewest points to tight ends this year. In PPR formats, the Saints allow 7.4 fantasy points per game to tight ends. The Saints allow just 3.9 points-per-game in standard leagues. Bench Freiermuth and live to fight another day!