George Pickens may have been held back a bit by the QB play at Georgia. Will he be the next prospect with low stats, that explodes on the NFL Level? 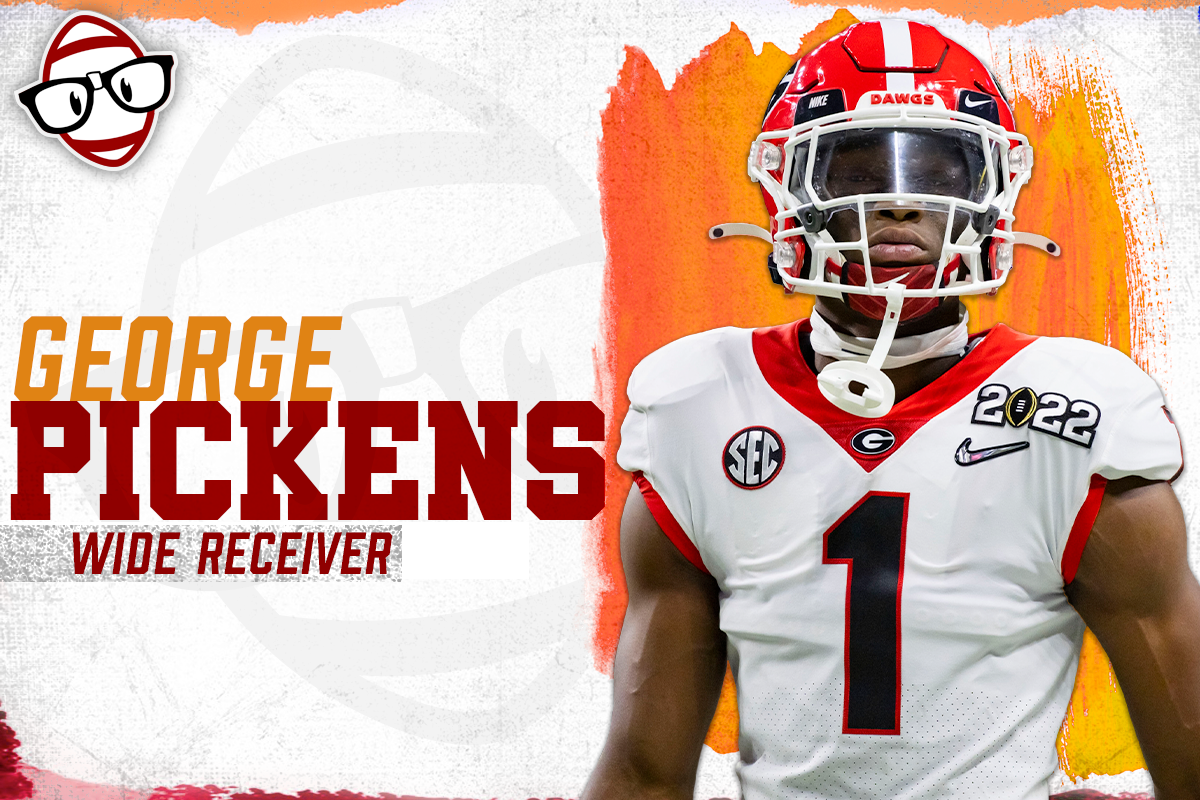 A few NFL teams are looking for help at the receiver position in the upcoming draft. When can George Pickens expect to hear his name called?

In a wide receiver, Georgia’s Pickens has the prototypical size NFL teams look for. However, he tore his ACL in March 2021. While he did come back to play in the National Championship game against Alabama, that injury may prove to push down his draft stock. Before the knee injury, though, it’s not as if Pickens was setting the world on fire.

Pickens hails from Hoover Highschool in Hoover, Alabama. He was the fourth-ranked WR in the 2019 recruiting class. As a freshman, he made a significant impact, but his production went backward a bit as a sophomore.

Pickens was very productive as a freshman for Georgia. He missed time as a sophomore, and most of his junior season was lost to the knee injury he suffered. Pickens declared for the NFL Draft, and time will tell if he regrets not returning to Georgia for his senior season. He’s shown himself to be a downfield threat. Now, Georgia didn’t have a quarterback most of Pickens career capable of maximizing his talents.

George Pickens has something that cannot be taught, height. His jump ball ability will be valuable to teams on fade routes and red zone packages. Also, he should be looking at a step up in quarterback wherever he lands in the draft.

When George Pickens plays to his strengths, he can make some explosive plays in the passing game. For example, he gets a free release from the back (big mistake). Pickens blows by him for a huge play. He does an excellent job of getting his arms extended and securing the catch.

Next, he skies over the defensive back (who makes a terrible adjustment to the ball).

From the outside looking in, you would like to see Pickens use his hands more, making the catch. However, he attacks the catch in the air vs. passively waiting for the ball and allowing the safety to come over to make a play. There’s a lot of potential to be unlocked with Pickens. Depending on where he lands in the draft, the right team could find themselves with a more than capable Z receiver.

The effort when blocking a defender leaves a lot to be desired. If he’s going to get on the field early on, Pickens will have to get a lot better in the blocking aspect of his game. His technique, or lack thereof, isn’t good enough as it currently sits. He’s got to be more physical at the point of attack and initiate the block, not just lay on people.

Pickens lets far too many passes get into his body rather than catching passes with his hands. Pass coverage is going to be a lot tighter in the NFL, and he’s got to make more plays on the football with his hands.

It will be interesting to see how George Pickens times in the 40-yard dash as he doesn’t appear to run faster than somewhere in the 4.5-4.7 range. Should that indeed be the case, that would likely push him down into the third-fourth round.

There are many questions, more than answers, but the talent is there. Maturity issues and injuries have plagued his college career. If he puts it all together, he can be one of the several top WRs in the class and a high-end WR2 in the NFL.