The Reese’s Senior Bowl is in the books and @JaredWackerlyFF is back from Mobile to share his thoughts. 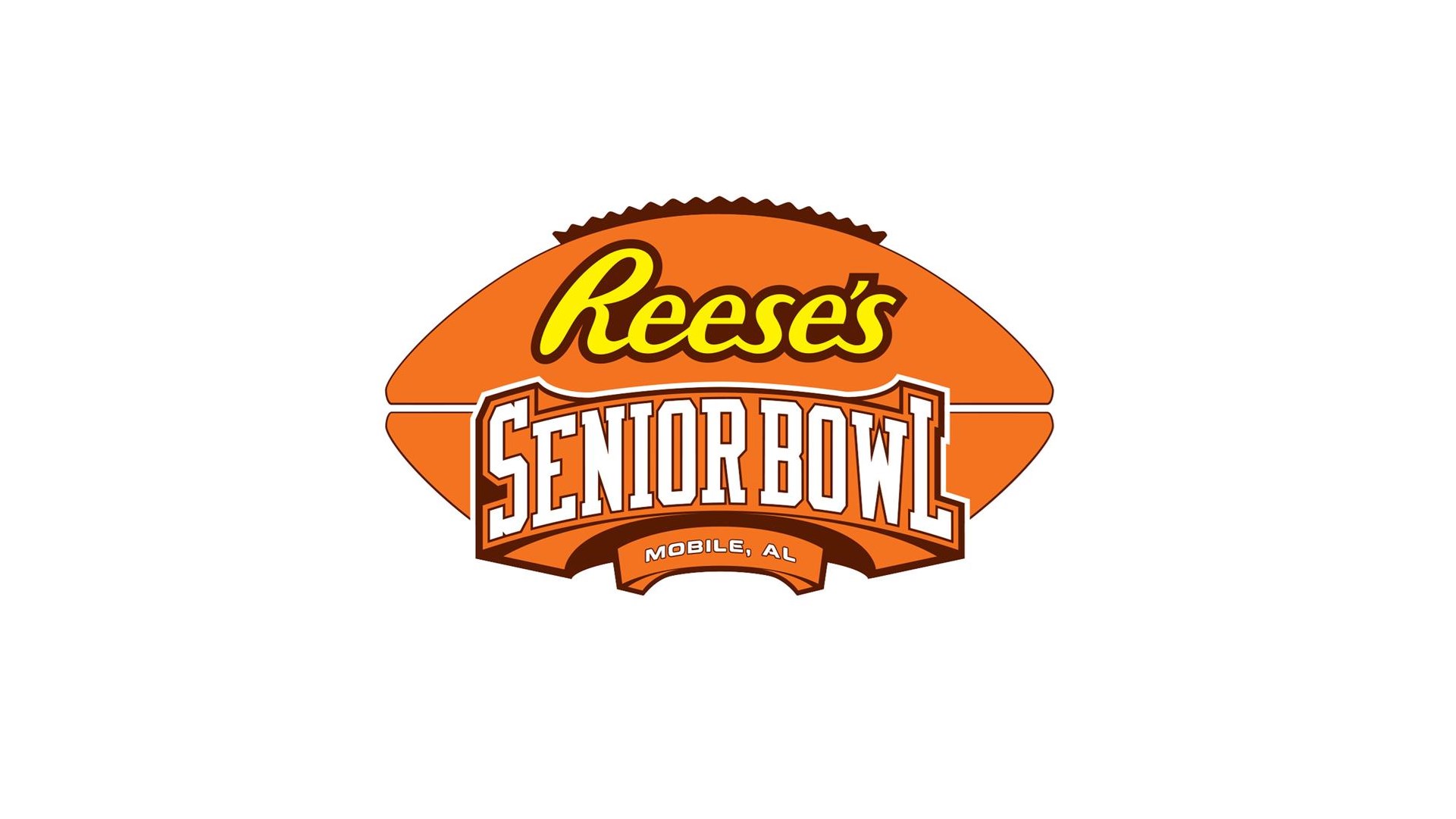 The Senior Bowl in Mobile, Alabama, has come to an end. I had the opportunity to travel down to Mobile and watch the dynasty fantasy football prospects show off their skills for NFL evaluators. Most of the attention was rightfully on the quarterbacks this week. The consensus top prospects at the position were present, minus Matt Corral from Ole Miss. We also had a deep group of tight ends to evaluate this week in Mobile. The wide receivers and running backs groups offer us some potential sleepers to consider in our rookie drafts.

You can also check out my video recap, or podcast below.

Who were my risers from this week? Who disappointed me? Which quarterback came out ahead?

Here are my thoughts from this week at the Senior Bowl:

We had five of the top six quarterbacks in Mobile this week:

We also had Bailey Zappe from Western Kentucky competing this week.

It’s common for quarterbacks to struggle early at the Senior Bowl. They’re throwing to new receivers they haven’t developed timing or chemistry, and the wind was powerful all week. As a result, all quarterbacks were up and down this week in terms of their accuracy.

As the week went on, Malik Willis really stood out amongst his peers. He was named the top quarterback on the American team by a vote from his defensive teammates. After watching all three practices and the game, that award jived with my thoughts. His arm was the most impressive amongst this class of quarterbacks. The ball jumps off his hand and cuts through the wind.

My top area of concern to pay attention to was his decision-making. There were only one or two times I thought Malik made the wrong read. Other than that, his decisions were excellent this week. His accuracy was a bit erratic, but as I said earlier, everyone struggled due to the nature of the all-star game and the weather. Obviously, the trait that sets Malik apart from the rest is his ability to make plays with his feet. Like previous Senior Bowls, the players were wearing GPS tracking devices on their equipment. Malik had the highest recorded speed of 20.58 mph. Jalen Hurts 2nd all-time at 18.07 mph to put that speed in context.

There’s no question Malik Willis earned himself first-round draft capital this week. A team will take a shot at developing this toolsy prospect. His skillset should have dynasty managers drooling. He should be in QB1 consideration in your upcoming rookie drafts.

What about the rest?

Coming into the week, Kenny Pickett was thought to be the QB1 of this quarterback class by most evaluators. While Pickett didn’t do anything to stand out, he also didn’t drop his stock. For Pickett’s week, the term I would use is ‘solid.’ He was named the top quarterback amongst the National team by his defensive teammates. There were some instances Pickett made some decisions that made me scratch my head, but for most of this week, he completed passes that advanced the offense. NFL teams know what they’re getting with Pickett, and that’s someone that can come in and play right away.

Carson Strong, Desmond Ridder, and Sam Howell struggled to find a rhythm this week. All three were up and down with their performances. I don’t think Bailey Zappe holds any fantasy relevance for dynasty managers. Ridder struggled with his consistency in ball placement, which matches what we see from him on tape. Sam Howell was sailing passes consistently over receivers’ heads and making questionable decisions. Carson Strong didn’t look comfortable dropping back from under center, but he did show the ability to make some big throws. With all of these quarterbacks, the Senior Bowl was just a small piece to their puzzle, and we need to fall back to what they put on tape throughout their college careers.

My top risers from Senior Bowl week amongst the wide receiver group:

My favorite player and the biggest riser was Christian Watson from North Dakota State. He came in at 6-foot-4, 211 lbs. and had one of the fastest MPH times this week at 20.71. His release package off the line of scrimmage was versatile and quick, especially for his size.

Christian Watson should hear his name called on day two of the NFL Draft. He needs to be on your rookie draft radar.

Another player that caught my eye was former Memphis walk-on Calvin Austin III. He was unguardable in 1-on-1 drills due to his quickness and speed. It wasn’t just those skills that surprised me, but he was catching everything thrown in his vicinity—Austin projects as a slot receiver at the next level. The one thing that will always hold him back is his 5-foot-7, 173 lb. frame. Despite that, he made plays for Memphis all season and made a name for himself this week at the Senior Bowl.

The Senior Bowl takes place in South Alabama’s football facilities, and their home-grown receiver, Jalen Tolbert, proved he belongs in the conversation for day two draft capital. Tolbert showed off his speed and terrific ball skills this week. At 6-foot-1, 195 lbs. he has the size to play as an outside receiver. His skillset should translate well as a number two receiver in an offense.

Khalil Shakir just makes plays. He found himself in the end zone all week. Shakir is lacking in terms of his athleticism, but he showed the best release package in Mobile this week. Coupled with his hand-fighting technique, he’s very good at creating early separation in his routes.

There were two receivers I was excited to watch this week based on a small sample of film study that disappointed me a bit:

Dontario Drummond showed good hands throughout the week. However, he was extremely slow-footed and struggled to create separation off the line. He also didn’t show the ability to go up and get the ball. Drummond was great at making plays after the catch at Ole Miss. Unfortunately, we didn’t get much opportunity to see that at the Senior Bowl. If you can’t get open at Mobile, you won’t get open in the NFL. Drummond is a long-shot for fantasy relevance.

What I saw from Christian Watson was what I hoped to see from Alec Pierce. I had pegged Alec Pierce for early day two draft capital based on his athleticism at 6-foot-3 and his ability to win in contested catch situations. However, I wasn’t impressed by his performance this week. His foot speed wasn’t great, and he looks to be more of a straight-line athlete. As a result, Pierce is most likely a day-three pick with limited fantasy upside.

Who were the top running backs?

I came to Mobile with high hopes for Dameon Pierce, and he did not disappoint. Pierce showed every scout his hard running style, quick feet, and fantastic size at 5-foot-9, 220 lbs. Pierce made some great catches this week too. Where he impressed me the most was in pass-protection drills. He stood his ground and held up the best in those situations, and teams are always looking for backs who can pass protect. Dameon Pierce offers great late-round upside in rookie drafts for a running back who can be an RB2 in an offense.

Tyler Badie looked very explosive, just like we see on tape. He looked like the fastest back in Mobile. Tyler Badie projects as a pass-catching running back like Nyheim Hines or JD McKissic. Those running backs are always valuable to have on a dynasty roster. He needs to be on your rookie draft radar for late round two or early round three consideration.

Who was the top tight end at the Senior Bowl?

The battle for the top tight end was upon us in Mobile. Jim Nagy and his staff put together a fantastic group of the top tight ends in the 2022 NFL Draft. However, Trey McBride clearly separated himself and possibly earned himself first-round draft capital. He looked at every part of a starting tight end in the NFL. He was not only the best pass-catcher, but he was also the best blocking tight end. At 6-foot-3, 250 lbs. he may not be the tallest weapon, but he has good enough size not to make me worried. Trey McBride is TE1 in this class, no question.

In conclusion, I invite you all to watch these prospects in the Dynasty Nerds Film Room. We have film of all of the guys mentioned above. If you aren’t a member yet, you can sign up using promo code film15 to receive 15% off a membership.