Andrew Harbaugh breaks down Raju Byfield’s one round mock draft and mines the fantasy gems.

@MandrewNFL takes a look at the recent one round NFL mock draft by @FantasyContext and analyzes the fantasy implications. 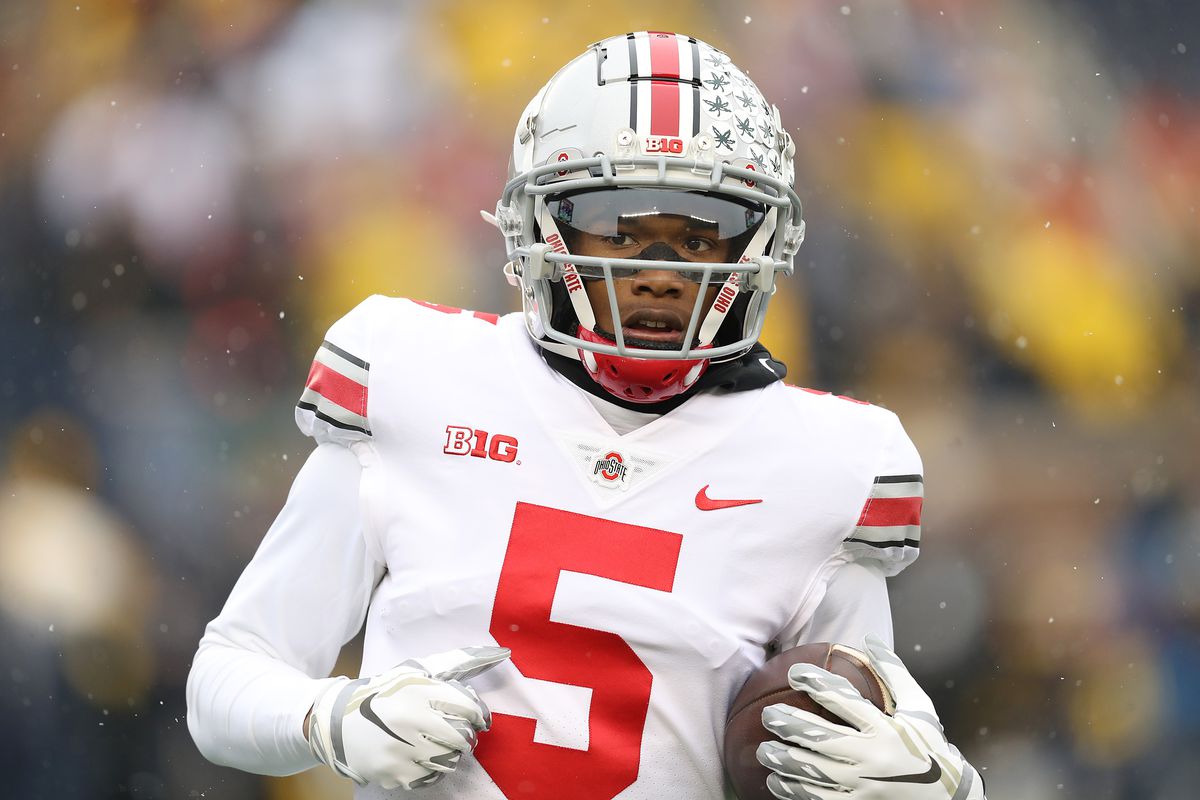 Draft season is in full swing, and our guy @FantasyContext dropped his first NFL mock draft of the cycle. We get a total of eight picks with fantasy impact. Each of the eight picks has dynasty value on not just themselves but their new team members also. Breaking down what they do in the whole scheme of things is important and a good fantasy tool.

2022 has been projected to be a down year for productive fantasy players. This mock draft seems to support that sentiment. There were just eight offensive fantasy players selected, two quarterbacks, and five wide receivers.

Running back value has been down of late (see: RBs don’t matter), with just 4 RBs total drafted in the first round of the last three drafts. Tight ends usually take a year or three, in some cases, so focusing on the more immediate impacts on the quarterbacks and wide receivers is the best in his exercise.

The Panthers are rumored to be all-in on Deshaun Watson as he continues to get a clearer picture painted for himself. If they end up losing out on him, I love this spot for Willis. He would immediately have a good offensive line in front of him. Not to mention the likes of Christian McCaffrey, if healthy, Robbie Anderson and D.J. Moore. Both men would see a dramatic increase in value, and Willis would immediately be in a situation to thrive and grow, sign me all the way up here.

The New York Jets have Corey Davis on the roster and resigned Baxton Berrios today. Both have a different skill set than Wilson. Wilson thrives on speed and raw athleticism to separate from defenders. If Zach Wilson can build on his end-of-season run, this may be just what this offense needs to take the next step. Wilson could be the future number one in this offense with the big contract that Davis is riding currently, and Berrios fits in more in a slot or hybrid role, win-win all around for everyone.

I have to be honest, Sam Howell going to Cleveland may be a complete plateau move for everyone involved. Nick Chubb would see his top-end running back production stay the same. Newly acquired Amari Cooper, as well as Rashard Higgins and Donovan Peoples-Jones, would see almost no value. On film, Howell can be practically identical to Baker Mayfield in terms of his accuracy and pushing the ball downfield. This should scare Browns and dynasty fans alike. We have seen how successful that approach can be in this offense, and thus we know its fantasy value as well, so in this NFL mock draft, it simply won’t move the needle in Sam Howell.

Kenny Pickett ironically drew a comp from me of Derek Carr, so this draft pick would not change much from a fantasy perspective for this Raiders team. Josh Jacobs would remain what he is for now, as would Darren Waller, as new head coach Josh McDaniels gets acquainted with the offense. The team lost Zay Jones in free agency today and remains in desperate need of receiver help. Until that is addressed, it is hard to see any quarterback gain much value in this offense.

Arguably the best dynasty value in this mock, Treylon Burks would fill a void in the Cowboys offense that they desperately need. They have seen what the 49ers can do with Deebo Samuel and what Miami did in spurts with Jaylen Waddle. Getting a physically gifted receiver and manufacturing touches takes the pressure off the whole offense. Burks takes some work away from Zeke Elliott and Tony Pollard, but the receiving targets would not dip so much for Michael Gallup and Ceedee Lamb.

Another physically gifted receiver lands in Buffalo this time as they land Drake London. He can play inside or out and thrives making catches across the middle. But, his bread and butter is work after the catch. He had over 1,000 yards in just eight college games last year, and YAC played a big part. Buffalo has always done a great job setting up its playmakers. Drake London would be no exception alongside Stefon Diggs and Dawson Knox.

A pick we have been seeing to the Packers in NFL mock drafts for months, we find Jahan Dotson again landing in Green Bay. The Packers are in a stalemate with Davante Adams after placing the franchise tag on him. With the other receivers on the roster being free agents (outside of Allan Lazard), they may finally have to draft one. If they want to keep Aaron Rodgers happy, they need to give him weapons. Rodgers would have Dotson pumping up serious fantasy numbers right off the rip in this situation. It could easily make him a top-five pick in rookie drafts.

The Dolphins have a plan to build around Tua Tagovailoa. It is something Mike McDaniel discussed on The Pat McAfee Show. They have Jaylen Waddle, who they may turn into their own version of Deebo Samuel, and they signed Chase Edmunds to a big deal today. This whole offense is going to look different. From a fantasy perspective, owning any shares in this offense outside of Jaylen Waddle is a complete shot in the dark at this point. Edmunds and Jameson Williams may be occasional impact players. With Tagovailoa, projections will and should be all over the place regardless of any picks in this NFL mock draft.