The first in a series of prospect critiques, this is a look at CJ Stroud’s ranking, as assessed through a coach’s eye from an avid film grinder. 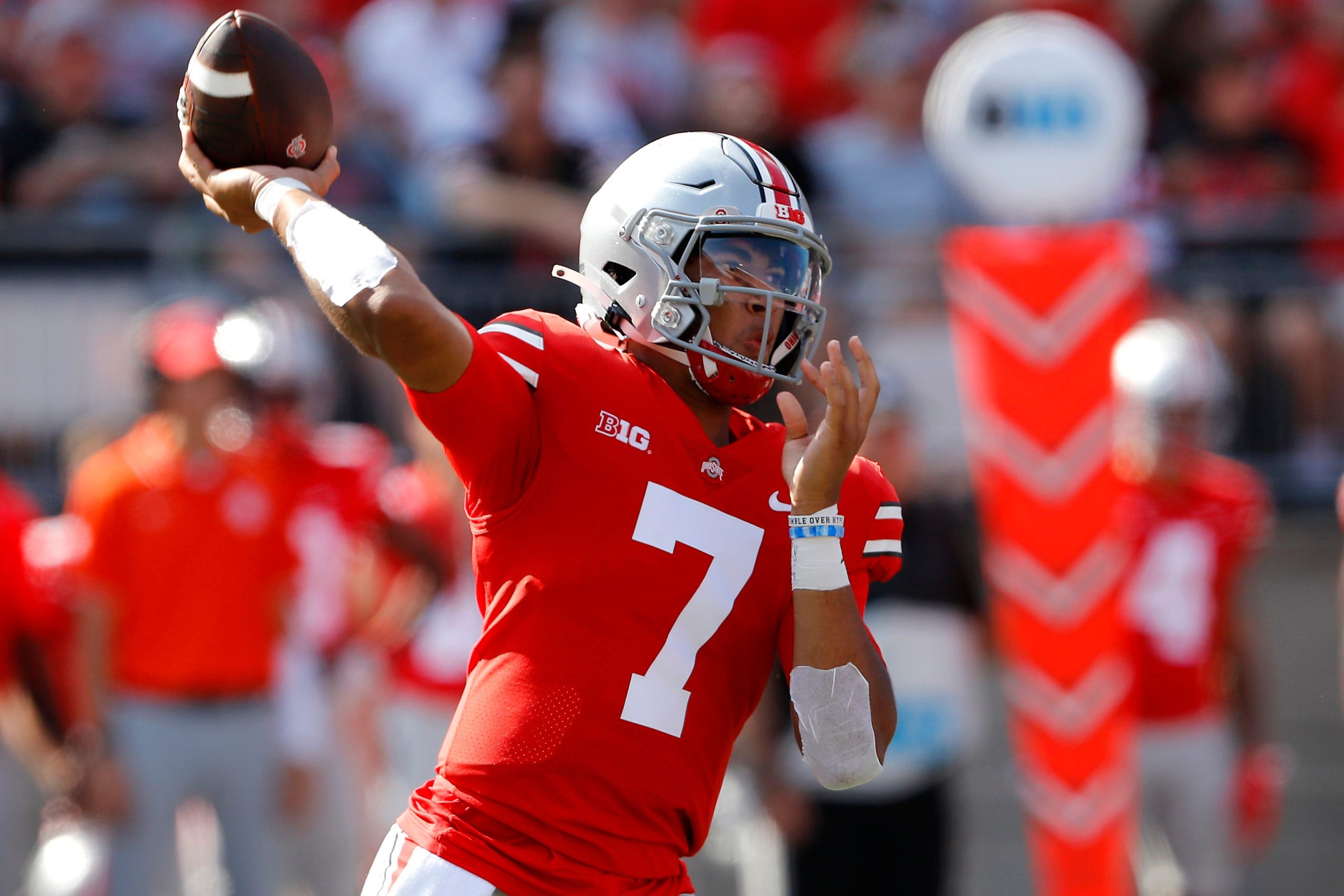 This is the first in a series of prospect critiques. I will look at CJ Stroud’s ranking, as assessed through a coach’s eye from an avid film grinder.

Greetings, fellow Dynasty Nerds from the new analyst on the block, Coach Crabtree. Before we take a deep dive into CJ Stroud, I want to take a moment to introduce myself and let you know what I bring to the table.

My name is BJ Crabtree, and I’m a head coach, former player, football parent, and lifelong film-grinder. As a player and, much more recently, a parent, I have been through the college football recruiting process and playing scene. This gives me a bit of an inside perspective on the game. Even more than that, I’m a guy that loves to look at the film because the film doesn’t lie. Even as a player, I loved sitting in the film room and listening to the coach breakdown film. Whether good or bad, although, at the time, I’m sure I wished the “good” came around as often as the “constructive criticism” did. I’m now a high school football head coach and still have the same passion for breaking down film.

I don’t claim to have reached the mountaintop of film analysis. I also don’t imagine I’m going to present you with perfection. However, I think I have a pretty good eye and will give you a look into my prospect evaluation process. This series will evaluate solely through the lens of film study. I will not be including statistical analyses or injury histories in my breakdowns. There are already lots of folks who do a great job at that. I’m not against stats and analytics. Quite the opposite, I think there’s an incredibly valuable place for analytics in sports, specifically in the dynasty sports world. There is, however, something to be said about watching a prospect in action. For example, can a quarterback hit a receiver in the quick game? Does the throw hit the upfield shoulder in stride? Or they can hit the receiver on the backside shoulder, causing them to spin around, stop and then restart. Both plays read as a completion in the stat line. But we can all agree that one completion is significantly better than the other.

That said, I’d like to attack these film breakdowns before a prospect’s final college season, as they decide whether or not to declare for the draft. This will give us an idea of what we are looking at. I’ll repeat the process before the 2023 draft in April, this time after their last college season. I’m hoping that through this lens, we might look beyond stats and create another tool to add to your collection when evaluating the whole prospect.

**Side note – if film study is your jam, as a completely non-biased #NERDHERD subscriber, myself, the Prospect Film Room feature alone is, in my opinion, completely worth the five bucks a month**

CJ Stroud- Beyond the Stats

Ok, now let’s talk about Ohio State quarterback Stroud. This write-up comes after watching two FULL game clips encompassing every snap against Minnesota and Purdue in the 21-22 season. Stroud was an interesting watch. Honestly, going into this process, I thought I would like him better than Bryce Young. Surprisingly, it’s the other way around for me. (In-depth look at Bryce is coming soon.)

You can see flashes of NFL talent in Stroud. If he gets some technical things cleaned up, he will have a big-time run in the NFL. I’m concerned about a few things, though. First, he starts with a wide base, which I like, but he can be an over-strider in the quick game, and that can prove to be a problem. The ball, pre-throw, is in a good high-chest position. But when it’s time to release, the ball dips, as does his body at times. This is highlighted especially on hurry throws (bubbles/catch and shoot, no laces,) which, along with his tendency to lean on the finish, creates accuracy issues. Now, here is where his stats can deceive you. Although his completion percentage is high, those completions are a bit off from ideal placement for an NFL quarterback. I can’t wait to dive into this process after the season and identify if Stroud has corrected these issues.

Stroud’s ability to grip and rip while rolling to the right gives him increased accuracy on the move. His eyes and patience in the boot game show next-level capabilities, and he can change his arm angle to make a throw in the boot game while under pressure. Another great quality Stroud has is his pocket presence, as he does not show panic at all. Additionally, he can sit in the pocket and take the hit to make the throw. One of my favorite plays I saw from Stroud was an effortless 60-yard touchdown strike on a bang 8 that shows he has big-play potential. His off-platform throws make me very nervous, but I like his hip-flip on ride fake to bubble.

In the run game, I see him as more of a Josh Allen than a Lamar Jackson, as he can move vertically and really punish a defense, but you aren’t likely to see any crazy jukes or spins. Stroud can absolutely get from reads 1 to 2 to 3 to check down, and I love that.

Do I agree with Dynasty Twitter that Stroud is in the top two discussion? He has the physical talent to be a great NFL quarterback for sure but needs to put in work on these technique issues if he wants to be a top pick in April’s draft. Currently, I have Stroud scored at 79.5/100, and to date, I have him as my QB3 (with 3-5 left to evaluate.) If he can fix his issues – finish tall, stop the overstride, and stop the ball dip in his takeaway, I think he can easily find himself in the low 80s, making him a slam-dunk 1-2 pick in both the NFL and Superflex drafts.

*For reference, last year, my top-rated quarterback was Desmond Ridder, with a score of 75. I’d guess I’ll have 7-10 quarterbacks in this process with a better score than Ridder.