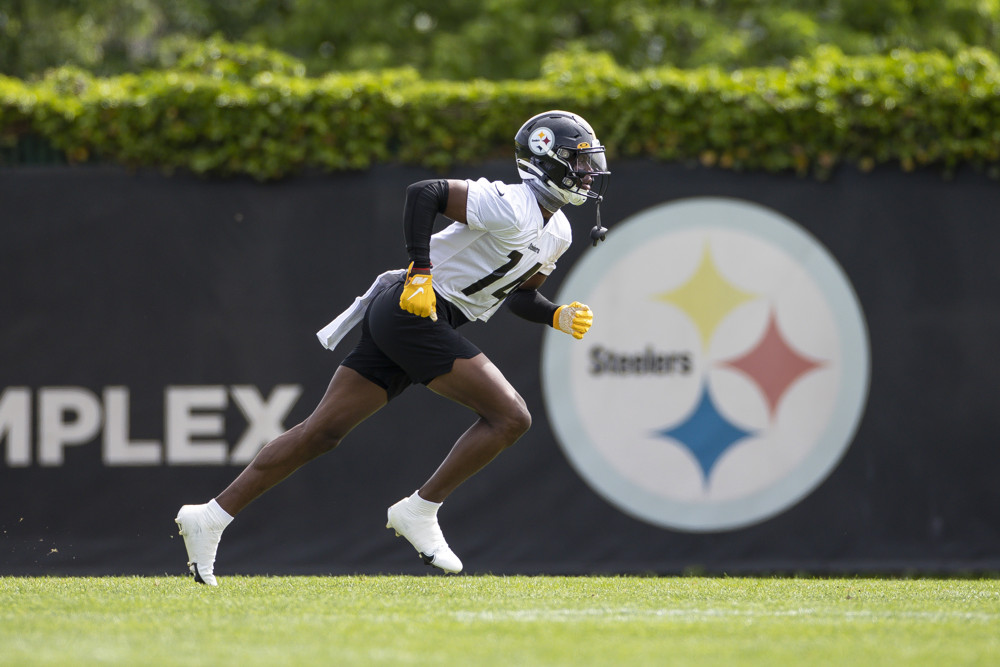 Taking a quick look at 2024 rookie picks on KTC using the non-SuperFlex (non-SF) format, we can see that this holds relatively true, with the three mid-seconds being valued at 8,352 in aggregate compared to 7,260 for the 2024 mid-first (with the value adjustment). The same 3:1 ratio holds when comparing seconds and thirds. KTC values the mid-second slightly higher than the three mid-thirds at 4,381 vs. 4,116.

Using the same analysis in a SuperFlex (SF) format, we can see that this ratio breaks down a bit. The three mid-seconds were valued at 7,479 in aggregate compared to 5,622 for the 2024 mid-first (with the value adjustment). This equates to more like a 2.5:1 ratio. The mid-second is slightly lower rather than higher in the three mid-thirds in the SF format. They are valued at 3,540 vs. 4,023, respectively, and more in line with the 3:1 ratio.

To confirm whether this value held in reality, I went back multiple years to determine pick values. You can see my previous article on How To Value Picks here. As a reminder, we derived these values by taking an average of the two highest years of a player’s career after their rookie season to ensure a sustained player value while simultaneously removing the initial rookie pick value before stepping onto the field. This hopefully provides a more accurate portrayal of player value.

I next wanted to analyze each round’s early vs. late picks within each format. In non-SF, I noticed that a top six first-round pick was worth more at $47 than a bottom six first-round pick at $33. This makes sense, as the top players should be more clear-cut. Player values should deviate more as we move down the rookie draft board. In SF, the top six fell to $41, with the bottom six at $37, narrowing this early vs. late pick value. This also makes sense, as QBs are being drafted earlier and are riskier picks with higher bust rates.

The continued fall in value became more evident in non-SF in the second round. Late seconds had historically done unexpectedly better than early seconds with a value of $7 and $11, respectively. We can infer that after the first round in non-SF, it’s pretty much a crapshoot on player evaluation. In SF, we see the second-round top six remaining high at $15 vs. $2 for the bottom half. This also makes sense as non-QBs in the bottom of the first round in non-SF will likely fall to the early second round. This pushes up SF values in the later first and early second rounds. The third round was very consistent for both SF and non-SF. Neither the top nor bottom deviated much from the average. This confirms the further breakdown in valuation at that point in the draft.

Leveraging this data, we can see if this variance between early and late picks was identified in the market. I looked at the difference between the early vs. late picks in non-SF vs. SF format using KTC values.

In non-SF, an early-first and a late-first are 5,544 and 4,401, respectively. This identifies a 26% premium in the market for the early first vs. a 42% premium historically. It appears the market is potentially undervaluing the early first-round pick premium.

In SF, an early-first and a late-first are 4,628 and 3,797, respectively. This identifies a 22% premium in the market for the early first vs. an 11% premium historically. Therefore, we can exploit this mispricing in SF by trading down within the first round.

Moving to the second round, in non-SF, an early second is 2,998, and a late second is 2,504. This identifies a 20% premium in the market for the early second. This seems to miss the mark as we saw a negative premium heavily. Therefore, we can exploit this mispricing by trading down the board where early seconds seemingly don’t deserve the premium they are currently receiving.

In SF, an early second is 2,753, and a late second is 2,273. This identifies a 21% premium in the market for the early second. This seems to miss the mark as we saw a huge premium heavily. Therefore, we can exploit this mispricing by trading up the board where early seconds seemingly are not getting the premium they deserve.

Note that premiums are negligible as it relates to third-round picks.

Comparison of Historical vs. Market Values

Finally, we want to return to the median pick’s initial analysis.

The conclusion of this analysis for non-SF showed that three mid-seconds would equate to only $27 of value, $14 SHORT of that $41 mid-first-round value. Additionally, three mid-thirds would equate to $21, $12 MORE than the $9 value for the mid-second. For these reasons, in non-SF format, I tend to value first-round, and third-round rookie picks more than most trade calculators. I look to make trades where I can give a low-end player and a second-round for a first-round or use second-round picks to advance up the board generally. Where possible, I will also look to get a third thrown into a trade deal as it likely doesn’t move the needle for the other team, but I believe it is nearly as valuable as a second.

A similar pattern held overall. In this case, we see that two and a half mid-seconds equate to only $20 of value, $19 SHORT of that $39 mid-first-round value. Additionally, three mid-thirds would equate to $18, $10 MORE than the $8 value for the mid-second. For these reasons, I would recommend a similar approach in SF. However, it will be essential to consider the early-second-round rookie picks differently for this format due to their outlier valuation.

One last important caveat is that when trading, we should always value our players and picks at or near consensus. While the takeaway of this article is that second-round rookie picks are likely worth less than consensus value, we want to ensure we still receive close to their inherent value when trading.