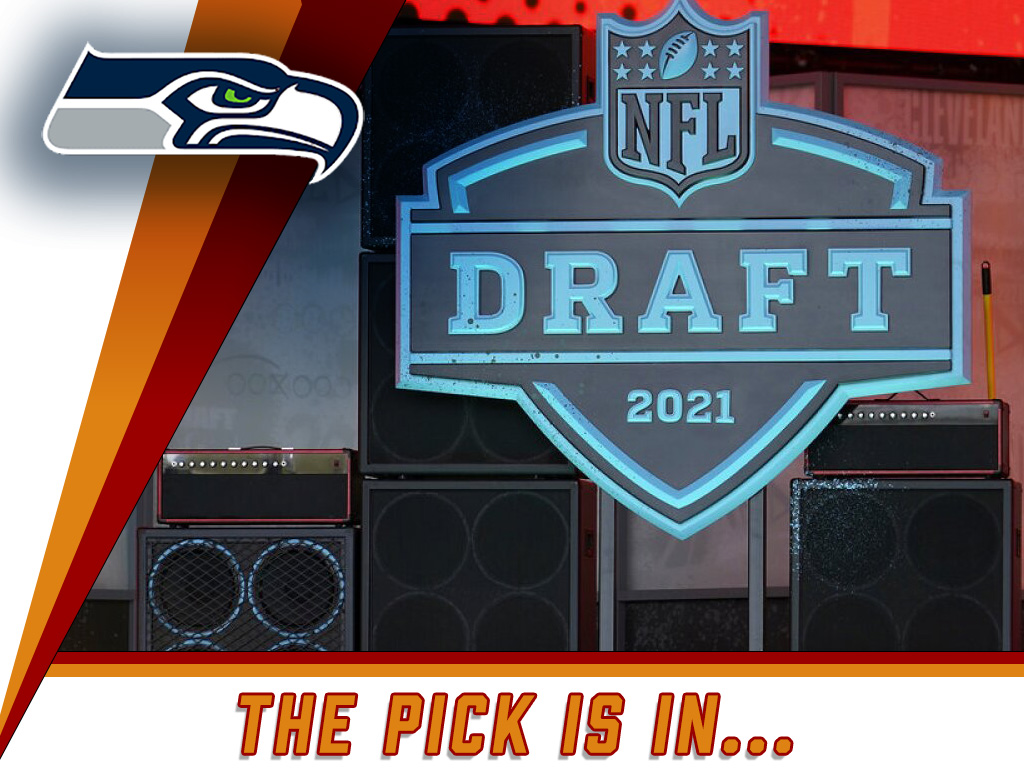 Draft order used in this article reflects the order prior to NFL Wildcard Weekend. Credit to the mock draft simulation goes to The Draft Network. Team needs are also generated from this site. Compensatory picks have not been assigned and will not be included in this exercise.

The Seattle Seahawks enter the 2022 offseason with many question marks on this roster. Fans have been calling for the firing of Pete Carrol since the team finished a dreadful 7-10. Thanks to the Jamaal Adams trade, this front office doesn’t even have access to the top ten picks resulting from this record. Rumors of Russell Wilson wanting to leave have been swirling for almost two years now. The way the 2021 season went hasn’t helped quell these rumors at all. The Seahawks offensive line provided little to no help for Russ. On the defensive side, the pass rush was almost non-existent. Those will be the two areas of concern for this 2022 mock draft. With not many picks, do not be surprised to see John Schneider trade back a few times. We made no trades in this mock, so we have five picks to work with. Can we do enough to keep Russ around?

Seattle’s first pick in this 2022 draft class comes in the second round at 41 overall. McDuffie is a 5’11”, 195 pound Junior from the University of Washington. Luckily for the Seahawks, this corner class is outstanding, and even in the second round, they can find starter-level talent. In 2021, McDuffie was targeted only 36 times on 296 coverage snaps. He only allowed the offense to convert those 36 targets into 16 receptions for 111 yards.

McDuffie is a versatile corner who can work both the inside and the outside for a defense. On top of his coverage ability, he is also a strength defending in the run game. This will allow him to excel as an every-down starter in the NFL. With the rest of the NFL West boasting some impressive offenses, Trent McDuffie will be a pivotal piece to allowing the Seahawks to remain competitive for many years to come.

In the third round, the Seahawks can address another area of concern for the defense. Ebiketie is a 6’4” 250-pound redshirt senior from Penn State. He started his college career at Temple before eventually transferring to seek out better competition. This Seattle defense desperately needs pass rush help as they were bottom eight in the league in quarterback pressure percentage, according to ProFootballReference. Meanwhile, Ebiketie himself was responsible for over 50 pressures himself on just 374 pass-rush snaps.

Ebiketie will take some development time before reaching his full potential at the next level. Don’t be surprised when he is only involved in sub-packages in obvious pass-rushing situations. Given some time, he should find himself as an every-down starter. Hitting on talent at the end of Day Two could be huge for this Seattle roster.

Play for the interior offensive line has been an area of great weakness for Seattle in the 2022 season. Lindstrom has the potential to win a Day One starting job in training camp this summer, given how the 2022 starters have performed. Starting center Kyle Fuller is set to free agency this offseason, and given how poor he did this year, he will most likely not be re-signed by the Seattle front office. Lindstrom was a three-year starter at center for Boston College and would slide in as an immediate replacement for Fuller. The hope is that he will eventually be an upgrade once he gets accustomed to the league.

In this mock, we will assume that the Seahawks move on from former first-round pick Rashaad Penny and veteran Chris Carson. Penny did not have his fifth-year option picked up, and before a breakout the final few weeks of the season, he has had a very lackluster career. He has struggled to stay on the field, and when he is out there, he has looked mediocre at best. Carson, who will be turning 28 before the new season, has an out in his contract where he can be cut or traded for almost $5 million cap savings. Enter fourth-round rookie pick Hall.

Hall is a 6’1”, 220 pound Junior from Iowa State. Hall was the heir to Chicago Bears’ running back, David Montgomery. He led the nation in rushing yards in 2020 with 1,572. He finished his collegiate career with 3,941 rushing yards and 734 receiving yards. In back-to-back seasons, 2020 and 2021, he was named Big 12 offensive player of the year. He was also a consensus All-American in those two seasons.

Breece displays the traits needed to excel in a zone-based blocking scheme, and as luck would have it, that is exactly what Seattle would prefer to run. He can be a featured back from week one and, with the help along the offensive line, will revamp this Seahawks offense. This improved run game combined with the receiving weapons will give Seattle a chance to compete in the NFL West. For a deeper dive on all things Hall, please check out this rookie profile article by our very own Jake Estes.

West is a Junior from Arizona State. He has split time between Guard and Center throughout college and can be switched to fit team needs at the next level. The Seahawks can secure some much-needed depth along their offensive line in the fifth round. As a matter of fact, given the play from the 2022 offensive line. West could easily win a starting job. Fourth-round pick Lindstrom profiles best as a center, so West would hopefully take one of the two guard spots on the offensive line.

With their sixth and final pick of the 2022 NFL draft, the Seattle Seahawks grab a developmental tackle. Luke Tenuta is a redshirt junior for the Virginia Tech Hokies who started all three years. In college, he was moved between right and left tackles which will be a plus for his NFL career. Luke measures in at 6’9” and 322 pounds. Hopefully, he measures in with the arm length required for the tackle position at the combine. The plus is that if he doesn’t work out as a tackle, this Seattle roster can also use help as the guard position. If you throw enough capital at a problem, you can solve it. Hopefully, we have done in this mock with the Seattle offensive line.

The moves made in this mock draft, combined with some key free-agent signings, are enough for a quick turnaround in Seattle. This team loves to rely on the run whenever possible, hence the focus of this draft. The Seahawks have enough pieces at receiver and one of the best quarterbacks in the game. The goal is to create a ground attack that can match the skill of this air attack. The improvements along the offensive line will also improve the time to throw for Russell Wilson and allow him to make those deep throws we are so accustomed to seeing him make.

It would be hard not to have Hall as the RB1 in this 2022 rookie class if this mock were to fall this way. Assuming Carson and Penny were gone, he would be the day one starter in this Seahawks offense. It is also a perfect marriage of his outside running ability with Seattle running an outside zone blocking scheme. I would even go as far as to say that if everything in this article came true, Hall would be a top 12 running back in his rookie season. Fingers crossed that the Seattle front office shares some of my ideas.

Seattle was also able to add two key pieces to this defense on early Day Two. McDuffie and Ebiketie will fill some holes in this defense and hopefully improve the unit as a whole. These additions on defense can give the offense more time of possession in 2022, which will lead to the opportunity to score more fantasy points. Also, a better defense will allow us to see Hall eclipse possible 20 to 25 touches a game. Things have a chance to turn around in Seattle.