Denver acquires Pro Bowl QB Russell Wilson in a huge blockbuster – how does it affect both teams and their fantasy options? 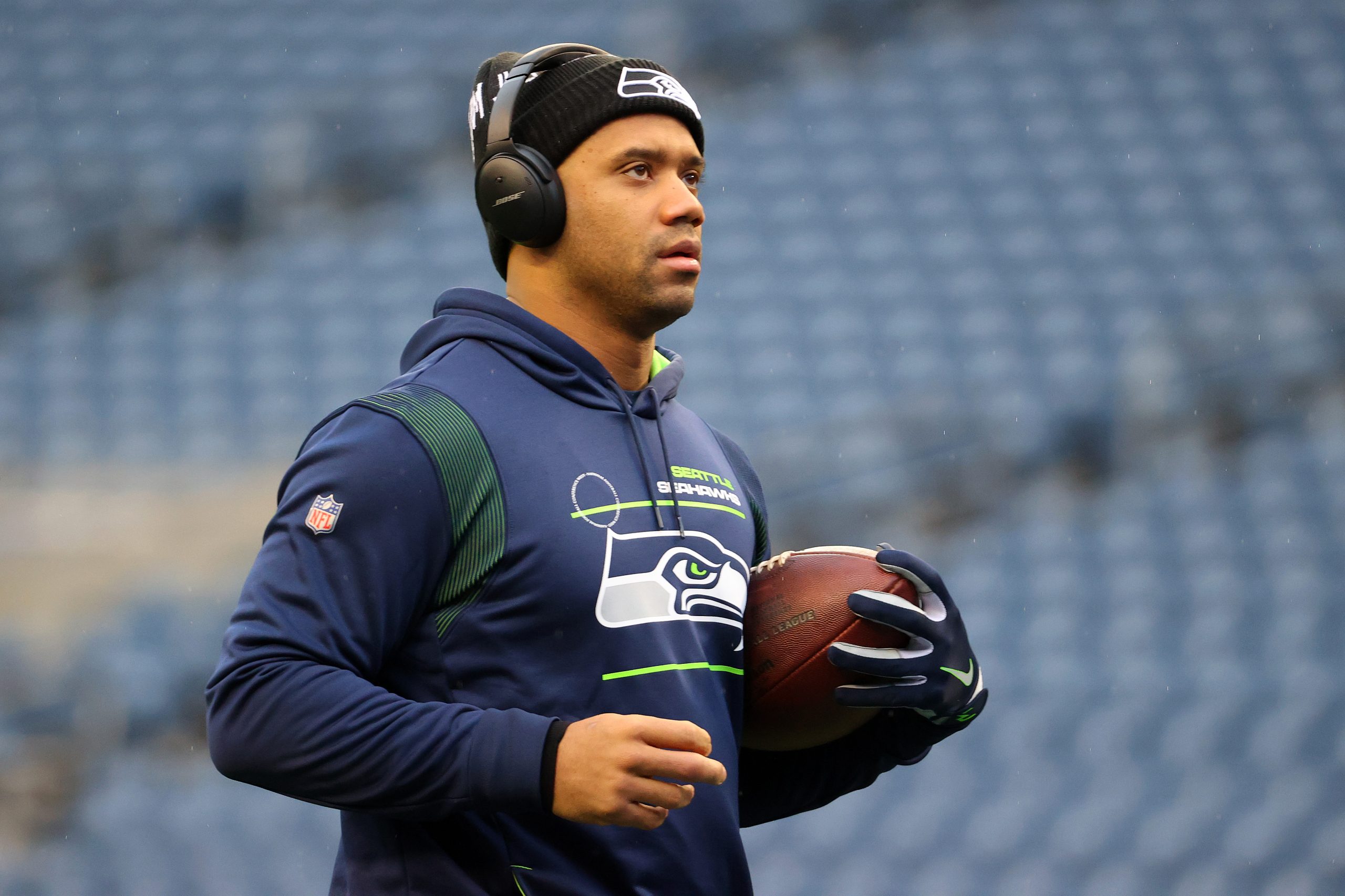 Just before noon Eastern Time today the world learned that Aaron Rodgers was staying in Green Bay. However, another QB has talent in the spotlight as it is reported that a Russell Wilson trade is happening, and it is to the Denver Broncos pending his sign-off.

Denver gets Russell Wilson and a fourth-round pick.

Denver was in on the Aaron Rodgers sweepstakes, and in less than three hours after learning they were out on him, they pivoted to a fantastic second option. Wilson has to sign off on the trade, but this Broncos team is built top to bottom to get Wilson back to the Super Bowl. At the same time, it would rejuvenate the Broncos’ fantasy shares of the people.

The days of having Courtland Sutton, Jerry Jeudy, or K.J. Hamler share and stressing about the QB play are over.

This Changes Nothing For Russell Wilson

Wilson had Denver on his list of approved cities per Jay Glazer, so he is all in on playing in the Mile High city. Denver revamped its coaching staff with a new head coach. Former Packers offensive coordinator Nathaniel Hackett will build an offense around Wilson. Rodgers praised him for his continued success during the season and offseason, so the working relationship between those two should be firing on all cylinders.

As far as production, one could argue the Broncos have more weapons than the Seahawks. Yes, he loses DK. Metcalf, which we will address, but now comes to a team with Courtland Sutton, Jerry Jeudy, K.J. Hamler, and Javonte Williams. All of those guys are set to see their value skyrocket in dynasty almost immediately.

Jeudy was the diamond of many people’s draft rankings at receiver two years ago, and as mentioned, the QB situation hampered his development. That is no more. Jeudy is now rising alongside Sutton, with both men stopping the other from facing double teams. In dynasty, Jeudy may see himself become a top ten option depending on the belief you have in him and Wilson together. I don’t think that is too crazy to ponder. A year ago, Metcalf was that same thing, with Wilson throwing him the ball, so why not Jeudy?

Outside of Jeudy and Sutton, as mentioned, this also will be great for pass-catching back Javonte Williams, who enters his second year, and tight end Albert Okwuegbunam, who showed a ton of growth last year. We saw what Wilson could do with a good TE in a younger Jimmy Graham years ago. We may see a top-ten TE rise for Okwuegbunam to go with Jeudy’s rise.

About the Seattle Side of Things…

It is reported that the official package in the Russell Wilson trade will include sending Drew Lock and Noah Fant to Denver along with a package of picks, including the ninth overall in this year’s draft. Getting that ninth pick on paper makes this breakdown have two parts.

Part one, with the ninth pick, you have to imagine that the Seahawks look at a QB, whether it is Kenny Pickett or Malik Willis. Willis has the dual-threat ability that Wilson brought to the Seahawks, but Pickett could also spin the wheels when need be. Both have good arms, with Willis having the better one, and with the weather in Seattle, the hand measurements for Pickett may come into play. If the Seahawks go this route, though, it saves Metcalf’s dynasty value some for now.

Part two, if they don’t go QB at nine overall, then the Seahawks have Geno Smith and Drew Lock competing for the starting job… yikes. Both guys have proven to not be fantasy productive quarterbacks, and your Metcalf shares may be in free fall.

Before panic selling, you have to wait and see what happens on April 28th. The Seahawks’ offense has proven to be good over the years at times, even in Wilson’s absence, albeit those were few and far between. If they draft a QB, rejoice, but if they don’t? In the words of Kevin McCallister when he saw Buzz’s girlfriend “woof.”