The Steelers are at a crossroads, finding a new franchise quarterback is the biggest question. What are some of the other questions? 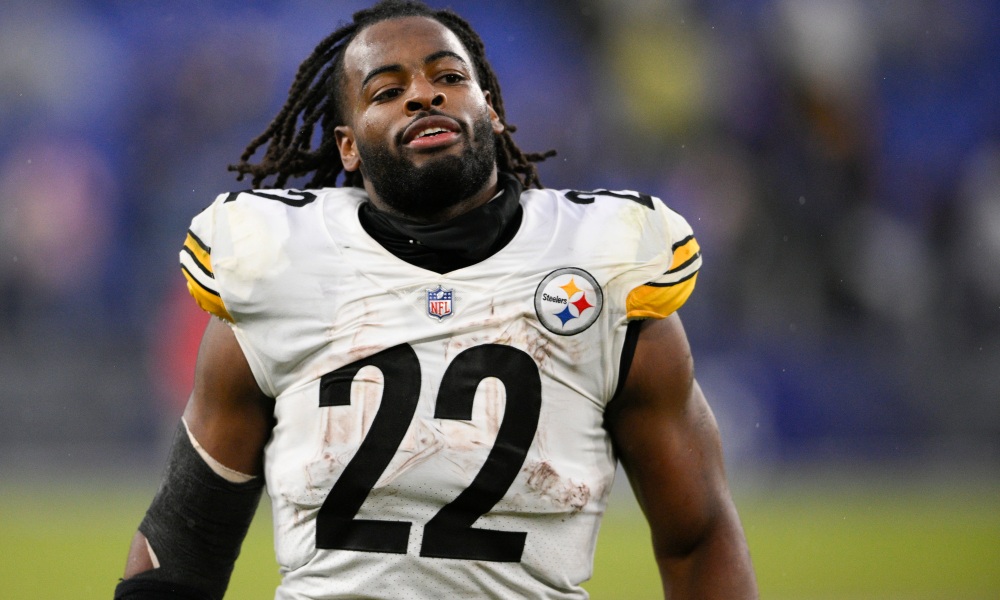 The Steelers finished the season at 9-7-1, narrowly making the playoffs with the last game loss after winning five games in a row. It would be a successful season for many teams, but the Steelers expect more.

Their long-time franchise quarterback, Ben Roethlisberger, announced his retirement, and a succession plan isn’t set in stone. The team has a lot of questions; here are the most pressing ones.

Is There Any Reason for Concern with Najee and a New QB?

We knew that Najee Harris would be the first pick in most rookie drafts because of his explosiveness, vision, and all-around talent. He finished his first fantasy season as RB4 with a not-so-threatening offense. Harris finished first among running backs in targets, receptions, and routes run. He was best known for his rushing ability as he finished second in carries, evaded tackles, and yards created. Does the departure of Big Ben help or hurt his future value?

What if it’s Mason Rudolph?

We knew that Roethlisberger was at the end of his career (shout out to his retirement), and we knew the arm strength and mobility just wasn’t anywhere close to great. We often saw Harris benefit from easy dump-offs as he had ten games with five or more targets. The options at quarterback are scary since Mason Rudolph has a clear shot at the starting job. In 2019, when he started the season, he had two different RBs over 35 targets. The translation to Rudolph might be minimal, but there is an apparent talent drop-off.

There is a situation where Dwayne Haskins or a 2022 rookie QB could start day one. The Steelers could select Malik Willis since he has been a pick in many mock drafts. Both are mobile quarterbacks, so they would be less likely to dump it off and run for a few yards. Unless a big-time trade goes down to get a quarterback, you’ll look at a similar situation for Harris moving forward.

We should quickly review other factors, including the offensive line and himself. As a run-blocking unit, the Steelers’ offensive line ranked 24th in the league in grade, generating just 0.9 yards before contact on average (29th) (PFF.com). Of course, a poor line leads to Harris rushing over 300 times for just 3.9 yards per carry. Out of 19 rookie running backs who had 300 carries, Harris was one of five who didn’t average at least 4.0 yards per carry.

He should be a good asset for your dynasty team, no matter the QB. If an owner is concerned about him, you should buy him low. The Steelers should be looking to improve the offensive line in the off-season and take the chance the Steelers hit on a possible stud quarterback.

Does a New QB Help or Hurt the WRs?

When your starting quarterback has a PFF grade of 32nd, things can’t get much worse right? As I outlined above, there are likely four options at quarterback for the Steelers this offseason.

Johnson is the team’s number one receiver who has thrived with Roethlisberger over two seasons with 195 receptions, 2084 yards, and 15 touchdowns. After a career season, he has just finished 2021 as the WR8 in fantasy. Thankfully for Johnson, he has already played with Rudolph this season and in 2019. In 2019, Johnson had 59 receptions, 680 yards, and five touchdowns as a rookie with Rudolph. This season, they played one game together, and Johnson had seven receptions and 83 yards on the day. Johnson is getting into his prime and should be an excellent high-end WR2 with whoever comes to play QB.

For Claypool, that’s a big unknown since he flashes a ton of potential as a football player. He had a similar season as his rookie year, minus the regression he took in touchdowns. Unfortunately, Claypool hasn’t played with any other QB outside of Big Ben, so the chemistry with a new starter isn’t there at all.

Claypool has been the Steelers’ big downfield threat in the offense. If Rudolph gets an opportunity, he was 33rd in deep ball completions; He doesn’t possess the accuracy to throw deep often, which could be a concern for Claypool. If the Steelers go big and trade for a star quarterback, Claypool’s best move for growth.

Whoever does play quarterback, you’ll be looking at ceilings of WR2 and floors of WR3 value for both Johnson and Claypool. I’d still be looking to buy into these receivers if I can. Johnson may have more value to fantasy owners, so getting a good deal may not be possible. Claypool’s inconsistent 2021 season gives an opening as a buy-low receiver. I don’t believe giving up 2022 first is worth Claypool, but going with an older vet and a second-rounder might be able to do the trick. Johnson is worth that late first-rounder. He should again see over 100 targets and be a strong WR2.

Juju Smith-Schuster has a fantastic buy-low window as we continue into the offseason. He will only be 25 years old by the start of the season and, at one time, was considered the number one dynasty receiver. Smith-Schuster has finished as a top 25 receiver three times over these five seasons. He produced 169 receptions, 2,343 yards, and 14 touchdowns during his first two seasons as he played second fiddle to Antonio Brown. For the last three seasons, he was the supposed veteran 1A receiver with 154 receptions, 1,512 yards, and 12 touchdowns. During that time, he had to deal with Rudolph, an aging Big Ben, and a season where he went on IR by week five.

As we remember from the last offseason, teams weren’t giving Smith-Schuster money during a cash-strapped offseason as he was given one-year deal offers. He was a declining receiver to many fantasy owners who believed his early success was a fraud. He is still young and talented. I think the slot receiver could benefit almost any NFL team. Smith-Schuster still managed to be a PPR type of safety blanket, which seems to have a nose for the endzone with now three seasons of seven touchdowns.

He would be someone worth buying into because it shouldn’t cost you as much to acquire him. Worst case scenario, he heads back to Pittsburgh, which would likely be a one-year deal anyway due to Pittsburgh cash issues. In the best case, Smith-Schuster finds a situation with a star QB in a new age pass-happy offense to thrive as a second receiver. The injury that knocked him out for most of the season shouldn’t concern teams since he was on the verge of playing in the playoffs vs. the Chiefs. Look to throw early to mid-second and third-round picks to acquire the young receiver. It may be easier to obtain him in a package instead. Juju’s value has fallen, but the talent is there to rebound.