The esteemed Mel Kiper released his latest mock draft this week and Andrew Harbaugh breaks down some of his picks. 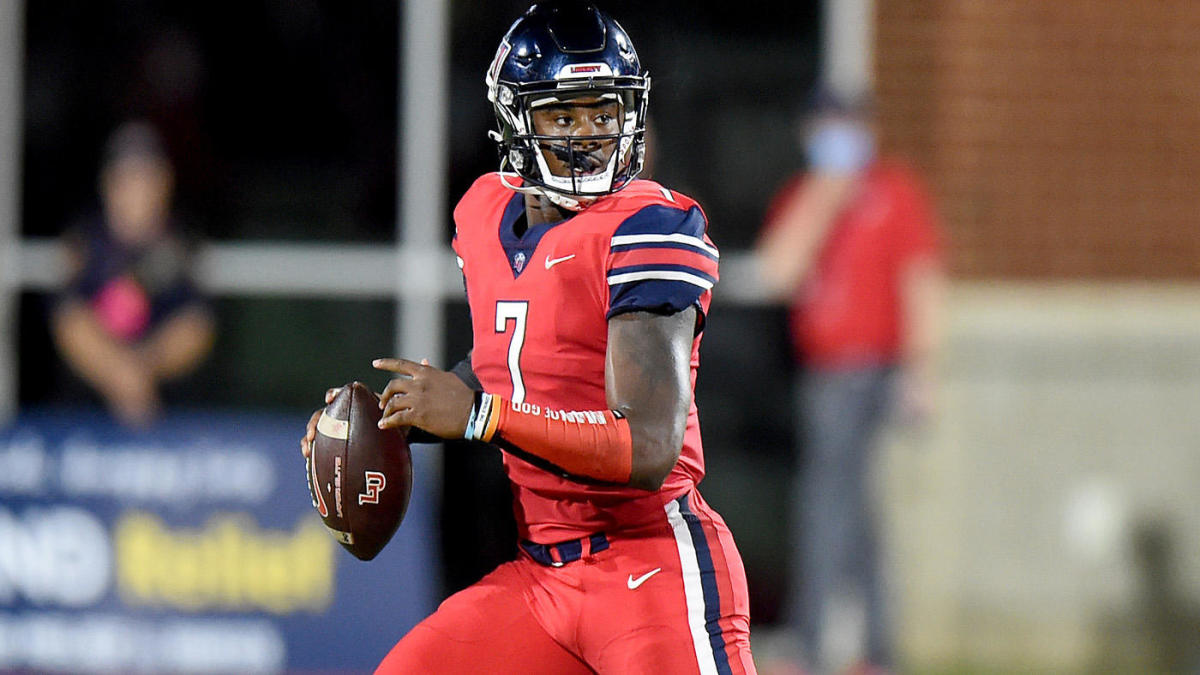 No name is more attached to the NFL Draft than Mel Kiper. With his recent mock draft (you will have to be an ESPN+ subscriber) dropping, it is the perfect time to see who went where and the fantasy impact of said picks.

Every mock draft published in January will look horrifically wrong when the time for the actual draft to happen, that doesn’t mean there isn’t value. We can look at who lands where based on needs now and chat and discuss the fantasy up or downside. Even if the mock changes, these exercises create good discussions. They can also help build value for current devy players seeing who is getting the first or two-round love from evaluators.

For now, though, when looking at this Mel Kiper Mock Draft, we have a whopping ten skill players going in the first round, so plenty to grade and discuss.

In this mock, old Kiper is all in on London and has even gone as far as to say London is his clear-cut number one receiver. Kiper gives the Jets his top receiver to go along with Corey Davis, who signed for big money last offseason. It would provide Zach Wilson and this Jets offense every chance to thrive. Wilson had severe growing pains this past year, and the offensive line needs some juice. If Wilson can take a step forward, look out for London and Wilson to thrive.

The first quarterback off the board is the Auburn transfer turned Liberty quarterback Willis. He arguably has the strongest arm of this class but maybe the most inaccurate. Personally, Willis being paired up with Scott Turner may be a match made in heaven. Up there with the likes of Jack and Rose, or Dwight Peebles and fantasy leagues. Willis may have to sit a year depending on what they do with Taylor Heinicke, but he is set up for success long term if he lands in the nation’s capital.

After two positive grades, we finally have one that is slightly concerning. It seems the Browns may stick with Baker Mayfield, and if they do, we haven’t seen him be able to support a fantasy-relevant wide receiver with any sort of WR1 production. Wilson may be the top receiver on the roster if drafted. Jarvis Landry is primed to be a salary cap casualty, so take it with a grain of salt, but I would be hesitant on Wilson’s fantasy value with this landing spot.

In an even better spot than Willis in Washington, Heisman runner-up Kenny Pickett lands in New Orleans. We will know the coaching staff better before draft time, but whoever it is, a new QB is needed. The team has Michael Thomas, and Alvin Kamara, explosive offensive weapons, and Pickett could be the man to lead them.

Jalen Hurts seems to be the answer for the Eagles for now, so building around him makes the most sense. Jalen Reagor should have never been picked where he was and has not panned out. Drafting a receiver like Olave to be opposite Devonta Smith would be good for both guys. Smith set the rookie receiving record, so we know Hurts can feed receivers. But can he do enough to support two fantasy-relevant WRs?

All these quarterbacks are going to friendly fantasy landing spots, and that trend continues here. Corral would easily be the most talented quarterback on the roster, but the receiving corps may be falling apart. All signs point to Corral having JuJu Smith-Schuster back but retaining James Washington may be tricky. Regardless, he will have Diontae Johnson, who could see a significant boost in targets, and Pat Freiermuth.

Before the national title game injury, it could have been Williams going to the Jets at ten, but instead, he falls to their division rivals. Mac Jones and that Patriots offense need some serious juice, and Williams is that juice. The question remains on what Jones can do for a true number one receiver from a fantasy perspective; Williams would be the guinea pig in this instance.

While the Dolphins continue to ignore the glaring holes on the offensive line in this mock, they make up for it by overwhelmingly helping Tua Tagovailoa. Dotson has been tied to Miami for some time now, and he offers a unique skillset opposite Jaylen Waddle. Dotson would help Waddle avoid double coverage while also being a target for Tagovailoa in all sorts of situations, win-win.

Thus ends the perfect run of quarterbacks. The Detroit Lions have a young trio of skill players in D’Andre Swift, T.J. Hockenson, and Amon-Ra St. Brown, but are they enough to hide Howell’s faults? I doubt it. Howell took a significant step back this year, but perhaps a year sitting and getting used to the way of the NFL may do him the trick. Sadly, that doesn’t help much fantasy-wise this year, but he could be a taxi squad value.

One of the biggest surprise names in this mock was McBride going here to the Packers. Robert Tonyan could become a free agent. We have seen that Aaron Rodgers likes peppering his tight ends, especially in the red zone, with targets. With Rodgers’s future uncertain for now, this pick gives a pretty neutral feeling. We may have to check back on this one because if it’s Jordan Love throwing to McBride, yikes.