@IDP_Baumer takes a look in the rearview mirror at this past season’s top ranked linebackers. Did they meet, exceed, or fall short of expectations? 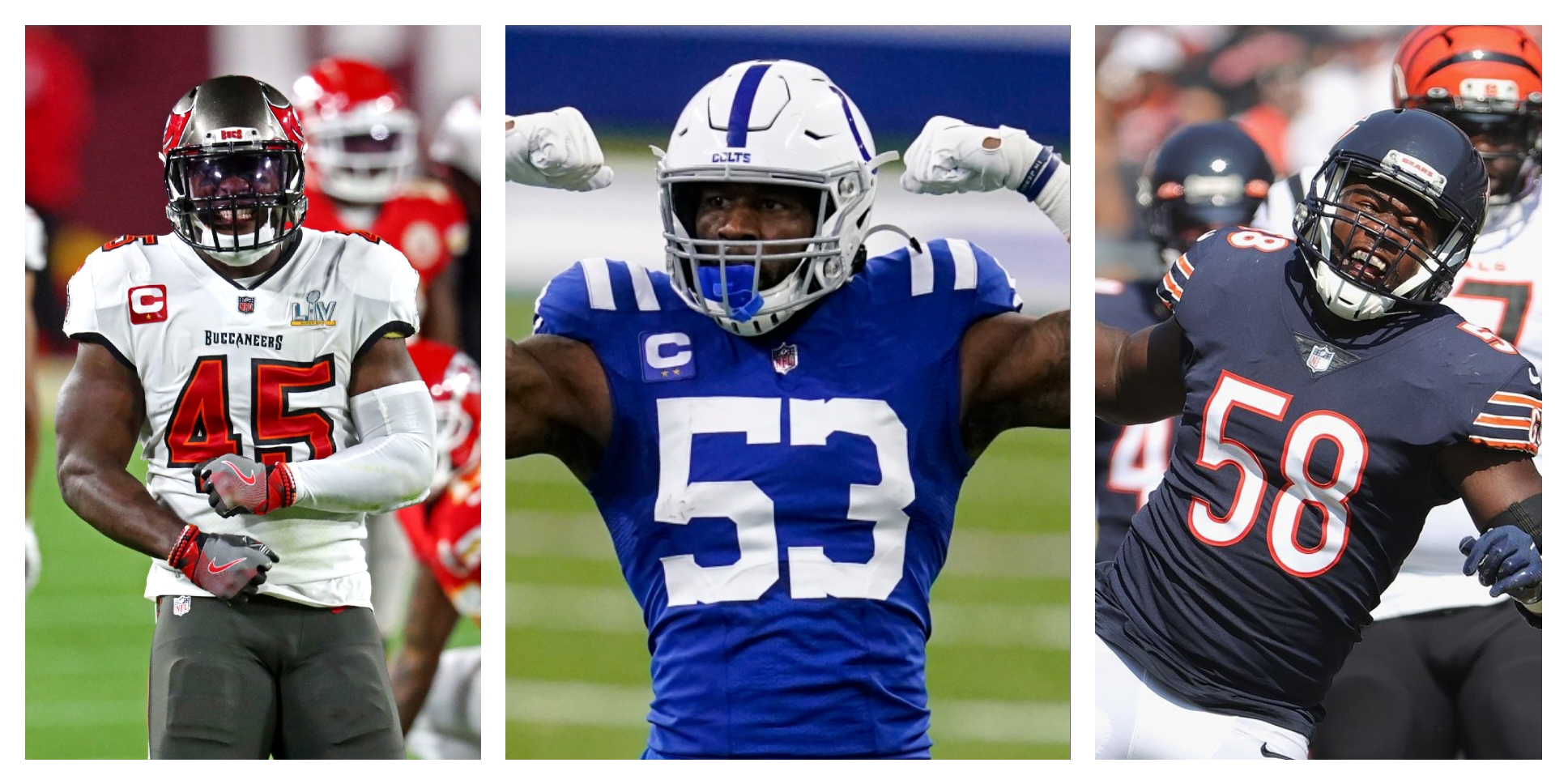 You rarely see the Preseason Top 10 in any given position finish the way they’re projected. Linebackers in 2021 were no exception to that rule. In fact, only three of the Preseason Top 10 finished in the Top 10 at the end of the season: T.J. Watt, Roquan Smith, and Bobby Wagner. Other players fell short by a little, while others went missing altogether. As I kick off this series of “IDP: Year in Review” articles, I will first go over the Preseason Top 10 Linebackers and how they performed—followed by this season’s surprises. Then I’ll finish up with a “Where are they now?” article covering players who were projected high but fell very short of expectations. I will then do the same for Defensive Line and Defensive Backs, so buckle up!

**All rankings and ADPs will be based on Sleeper stats, and scoring is based on IDP123 scoring.**

Not too many surprises with the preseason ADPs. Schobert was traded to the Steelers right before the season, which caused his ADP to drop out of the top 10. Second-year players like Patrick Queen and Isaiah Simmons showed enough promise in their rookie seasons to warrant their emergence into the Top 10. Jaylon Smith (we’ll get to him later) fell out of the Top 10, likely due to the drafting of Micah Parsons. Deion Jones fell into the 2o’s0. Why? Not entirely sure. Jones had put up two solid seasons and no indication of a significant regression in play.

…where we ended up!

Most of the Top 10 did pretty well, but only 3 (Watt, Smith, Wagner) finished in the Top 10 when all was said and done. There were arguments about who was the top LB… Devin White or Darius Leonard, but neither finished in the Top 10. They weren’t far off but still fell short. Let’s take a look at where the Preseason Top 10 Linebackers wound up…

Devin was still an LB1 in 2021, but aside from a 52 point Week 10 performance, he never quite lived up to his ranking. Many in the IDP community tried to figure out why his numbers dipped. Maybe it was the scheme, but he’s had the same DC (Todd Bowles) for his whole career. Maybe it was opportunity, but he averaged over 95% snap share all year. In my opinion, his 2020 stats were inflated a bit because of an abnormally high sack total. All of his other stats remained fairly constant. Devin White will be a perennial LB1 for the foreseeable future, and 2022 might just be the year to snag him up after a “down year.” He’s still an elite player and entering his contract year! I also imagine Tampa Bay isn’t going to be the team they’ve been for the past two years… that’ll open things up for White.

For Darius Leonard, 2021 was a “down year”… That being said, Leonard still put up high-end LB1 numbers. He had a few weeks where he could not crack double-digit points and could not play in a crucial week 16 matchup because of COVID restrictions. He made up for it with a 30 point performance in week 17 that hopefully helped managers win championships. Leonard will be another perennial LB1 and is good for at least 120 tackles, plus a sizeable handful of impact plays.

Watt was the Defensive Player of the Year in 2021… It’s hard for me to put him in either the linebacker article or the upcoming defensive line article. I could probably write an entire article just on him alone… so I’ll make this brief.

TJ is the #1 IDP moving forward until proven otherwise. His ADP will be higher than it’s ever been in his career. If you have him, you’re set for at least the next few years. If you want to acquire him, you’ll have to give up a lot.

Roquan is the only linebacker to have matched his preseason ADP exactly. He only had one week (other than week 18) where he didn’t hit double-digit points. He’s due a huge payday from the Bears, who would be foolish to let him go. Smith will be a top 3 linebacker going into 2022 and a high-end LB1 for the rest of his career.

Here’s where things begin to fall off the rails. We lost Martinez to a season-ending torn ACL in Week 3. He was coming off of 4 straight 140+ tackle seasons, and I believe we can count on him to return to that caliber of player in 2022. If you need an LB1, you’ll be able to acquire him for much less than he’s worth.

The Rest of the “Best”

The following players were in the preseason Top 10 and were a mixed bag of results from the good (Bobby Wagner), the bad (Patrick Queen), and the ugly (Zach Cunningham)… and everywhere in between.

Patrick Queen (LB6/LB43) is no longer the Raven’s every-down LB. He moved to an outside role, thus much less playing time and opportunity. We’ll see what 2022 holds for him, but it’s not looking good.

Zach Cunningham (LB7/LB62) fell from grace on a team where the bare minimum was expected and couldn’t hold on to a job. He wound up on the Titans and finished the season relatively strong, but we’ll have to see where he ends up in 2022.

Fred Warner (LB8/LB18) is still a low-end LB1 and has been pretty consistent his whole career. He missed about two games this past season but played well all year. I just don’t see him as a Top 10 guy, and that’s ok.

Isaiah Simmons (LB9/LB30) is who I thought he’d be in fantasy. He’s teetering on LB2 numbers with a low tackle rate and heavy reliance on impact plays. Simmons only surpassed 20 points twice in 2021. For someone ranked so high and being so hyped, his performance is probably the one that hurt managers the most.

Bobby Wagner (LB10/LB8) may have had his best year yet, but the tread is getting low. You might get another year or two of solid play, but youngster Jordyn Brooks (LB57/LB3) made a case for him taking over as top LB in Seattle.

There’s nothing quite as frustrating as drafting a top-ranked player, only to have them fall short of expectations or wind up on IR for the majority of a season. It happens at all positions. Looking back, it seems like the percentage of Preseason Top 10 LBs ending the season in the Top 10 is about 30-40%.

Be that as it may, I’m not advocating for not drafting Top 10 LBs. Heck… I rolled the dice in a startup last year and drafted Devin White and Darius Leonard back-to-back in the 5th round and damn near won the championship… but it wasn’t because of White and Leonard. White underperformed, and I traded Leonard before the season for 1.03 (Javonte Williams). In my next article, we’ll look at some of the players that fell into your laps in later rounds or off the waivers that helped give managers a much needed boost to the IDP side of their rosters and, in many cases, helped propel your teams into the playoffs!