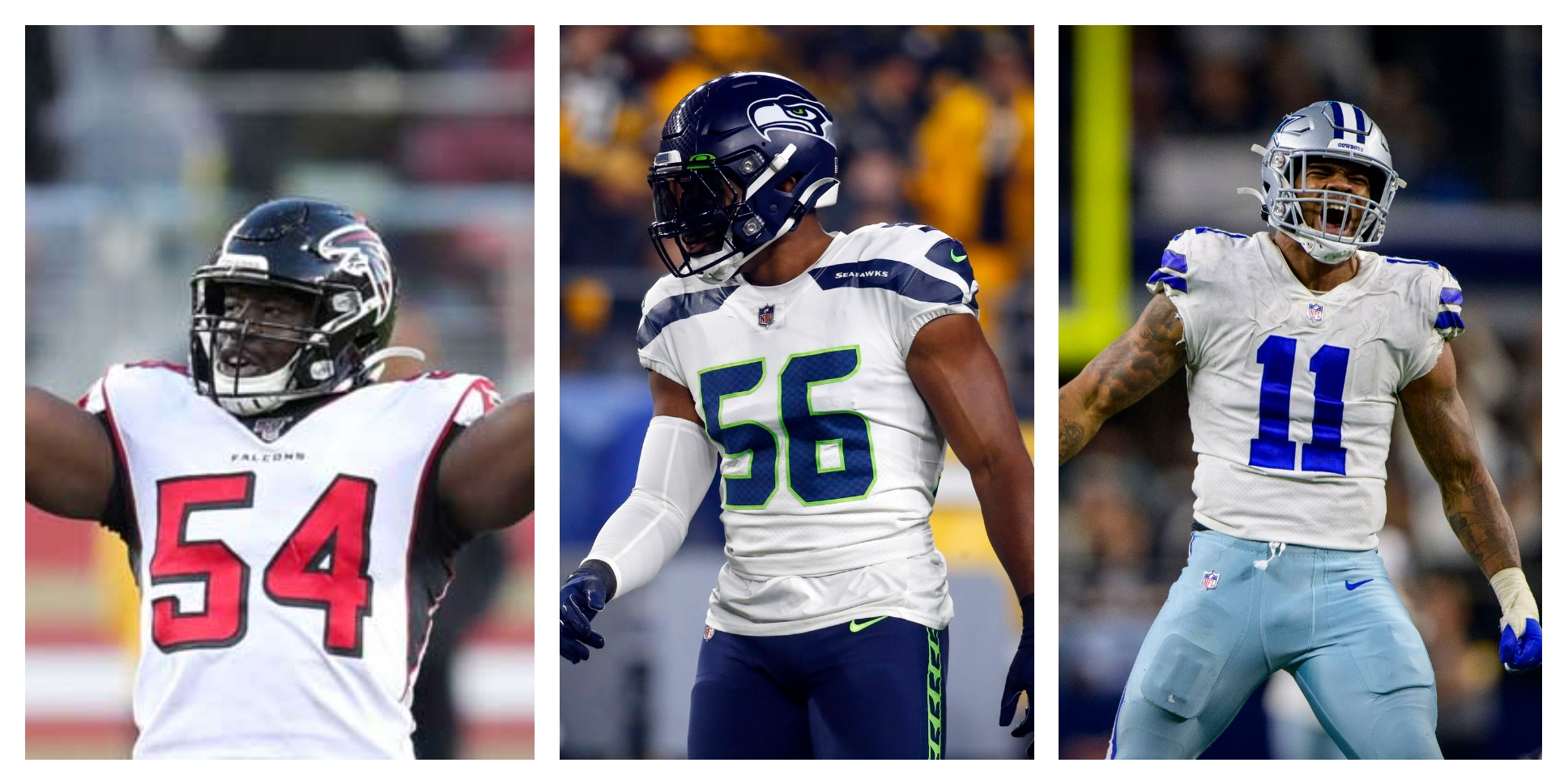 My previous article, covered the Preseason Top 10 linebackers and how they fared this past season. In this article, we’ll cover those linebackers who weren’t projected very high or projected at all in some cases that far exceeded expectations. There were vets who many thought would lose their roles to incoming rookies, there were still others who just made the best of a bad situation, and then there’s Micah Parsons, but we’ll get to him later as we continue our “IDP Year in Review” series with this year’s surprises!

**All rankings and ADPs will be based on Sleeper stats, and scoring is based on IDP123 scoring.**

Oluokun had a decent 2020 season but wasn’t even projected to be the top LB on his team (Deion Jones – LB23/LB15), let alone the top-scoring true LB of the season. He broke the single-season combined tackle record (192) by 18, which means he still would’ve beaten the record by 5 without the extra game. He did have the second-highest snap count of any defensive player but still managed a respectable 16.71% tackle rate. He’ll likely either get a huge contract with the Falcons or find himself on a team that is desperate for decent linebacker play. Oluokun is a tackling machine and will continue to be a low-end LB1, but I wouldn’t count on another 190+ tackle season.

Second-year player Jordyn Brooks looks poised to take over the helm in Seattle’s defense. I had him ranked higher than his preseason ADP, but I never thought he’d emerge as one of the top 5 LBs this past season. It’s looking likely he’ll be a high-end LB1 from here on out.

I can’t talk about linebackers in 2021 without mentioning Micah Parsons. Parsons met and exceeded every expectation for a rookie linebacker. He was the unanimous AP Defensive Rookie of the Year and received a vote for DPoY. He will be a staple in the Cowboys defense for a long time. That being said, I’m not quite ready to crown him LB1 in fantasy. There were several games where he was called upon to play defensive end, and he played well when asked to do so. Parsons will likely be called on to rush the QB more next year if Dallas doesn’t address their pass rush issues. This might negatively impact Parsons’ point floor due to a heavy reliance on sacks and other impact plays. I have him in the LB5-10 range going into 2022, but I wouldn’t be surprised if he were a top 3 player.

I know he didn’t finish in the Top 20, but Logan Wilson was a player I was very high on coming into 2021. He was a late-round sleeper people overlooked because his rookie season was cut short by injury. Logan entered this season as the Bengals 3-down linebacker and played very well. Unfortunately, his 2021 season was also shortened because of a shoulder injury. He did manage to return to the field for the playoffs and was a crucial part of his team’s run to the Super Bowl. He recently had surgery to fix a torn labrum but is expected to be ready for the start of the 2022 season. Wilson is excellent in coverage and a sure tackler. He will be a solid LB2 with an LB1 upside… as long as he can stay healthy.

Here’s a list of other linebackers who surprised us this season, but who might be able to hold on as LB2s.

Here are some linebackers you might think are the new hot thing, but let’s not get too far ahead of ourselves… I’m willing to be wrong on these guys, but their true quality of play on the field might have them riding the pine this season.

Like with any surprise, you never know if it’s something long-lasting or just a flash in the pan. I feel pretty confident that the players I said would continue being valuable players on your roster will do so for at least another season. These players are also solid players you can look to move this offseason while their trade value is probably as high as it’s going to be.

Players I mentioned as being “One Hit Wonders” are definitely players you want to trade away ASAP. Get what you can, and I hope you can turn that draft capital into a solid rookie prospect. In the next installment, we’ll take a look at some players who simply disappeared from fantasy relevance in a segment I’m calling “Where are they now?”… Stay Tuned!