News broke that Julio Jones will be playing with Tom Brady this season. How does that impact our dynasty squads? @DanT_NFL breaks it all down for us! 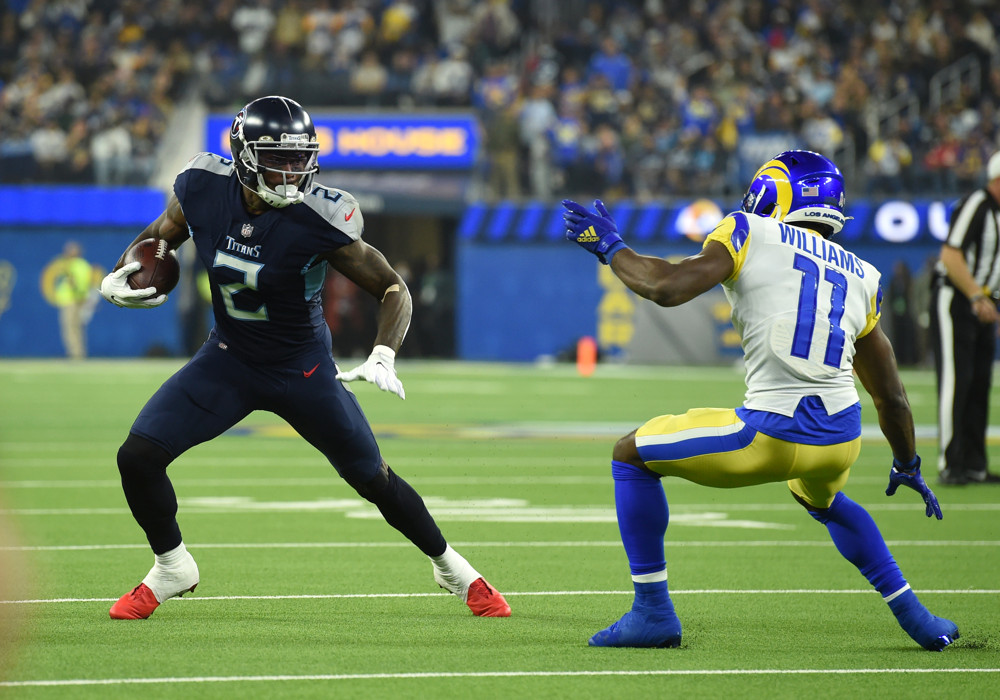 Ten years ago, a Julio Jones and Tom Brady pairing was something that would only occur on the latest version of Madden. Here in 2022, we are living in the future. Julio has finally decided his destination for the season, and it is with the Tampa Bay Buccaneers. During the past few months, rumors had linked Julio to possibly Green Bay or even to reunite with Matt Ryan in Indianapolis. However, he decided to play with Tom Brady in what may be his last chance to win a Super Bowl. The question for dynasty managers is whether this is our last chance to win a title with Julio, or should we use this move as an opportunity to get out before the future Hall Of Famer hangs up the cleats. Let’s take a look and see where everything stands.

There is no shortage of opportunities when playing with the Tampa Bay Buccaneers. In 2021, the Buccaneers attempted an astonishing 731 pass attempts. This number was over 50 attempts more than the next closest team last season. As expected, Brady also led the league in passing yards and touchdowns with that many pass attempts. There is plenty of volume to go around. On top of this, Tampa had at least three WRs on the field for 70% of their offensive snaps last season. That mark was almost 10% above league average. Julio will be on the field, but various factors will determine how much.

Chris Godwin suffered a torn ACL and MCL in Week 15 last season in a game against the New Orleans Saints. He had surgery to repair his knee on January 3rd. Everyone wrote Godwin off until at least the middle of the 2022 season. The average timeline for recovery from ACL surgery is eight to nine months, with some athletes returning after sooks like Godwin falls in the quicker-to-recover category as news emerged this week that he’s not only doing well but on pace to practice in training camp. Anyone baking in six weeks of no Godwin must adjust their projections. This news could relegate Julio to the third option already. Or is there another reason he might be closer to the fourth option?

One of the first moves Tampa made to fill in the hole created by the Godwin injury was the signing of former Atlanta Falcon Russell Gage. This happened back in March of this year. They didn’t sign him to some prove-it deal either; the team gave him a three-year, $30 million contract that included $20 million in guaranteed money. That will keep him on the Buccaneers through the end of the 2024 season when the guaranteed money runs out, and he can be cut for no dead cap hit. Gage was hand selected by Tom Brady, who wanted to bring him down to Tampa after returning from his “retirement.” Gage will be a big part of this offense in 2022 and beyond with that much-guaranteed money and a blessing from the GOAT.

Finally, we can’t ignore why Julie has remained unsigned for so long. He cannot stay healthy as he enters the twilight of his career. We have to go back to 2018 to get a season where Julio played at least a handful of snaps in every game. Perhaps, a limited role is exactly what Tampa Bay is getting. Julio can provide some much-needed depth to begin the year in case Godwin comes along slow. The Buccaneers can rest him through the middle part of the season before finally unleashing a fully healthy Julio down the playoff stretch. Julio was a blow 28 – 3 lead away from his sole Super Bowl title; maybe this is the year he finally gets to hoist the Lombardi.

Julio landing in Tampa Bay gives us something to react to for dynasty managers and should drive some movement in our leagues. Considering that he isn’t guaranteed to start every game, it is tough to suggest acquiring Julio for a title push. If he can be had for something as cheap as a third-round rookie pick or a young bench stash, that is a move that should be made. He will be more valuable in dynasty leagues that use a best ball format because managers will not have to worry about when to start or bench him. You should use this chance to unload him for those of us who have Julio but are in a rebuild. Did you miss a rookie in your draft’s third or fourth round this past spring? Now might be an excellent time to use Julio to grab that player before the season starts.