Reading Between the Lines of Media Day at the NFL Combine

The NFL Combine kicked off with media day. @MandrewNFL makes sense of what was said and was not said. 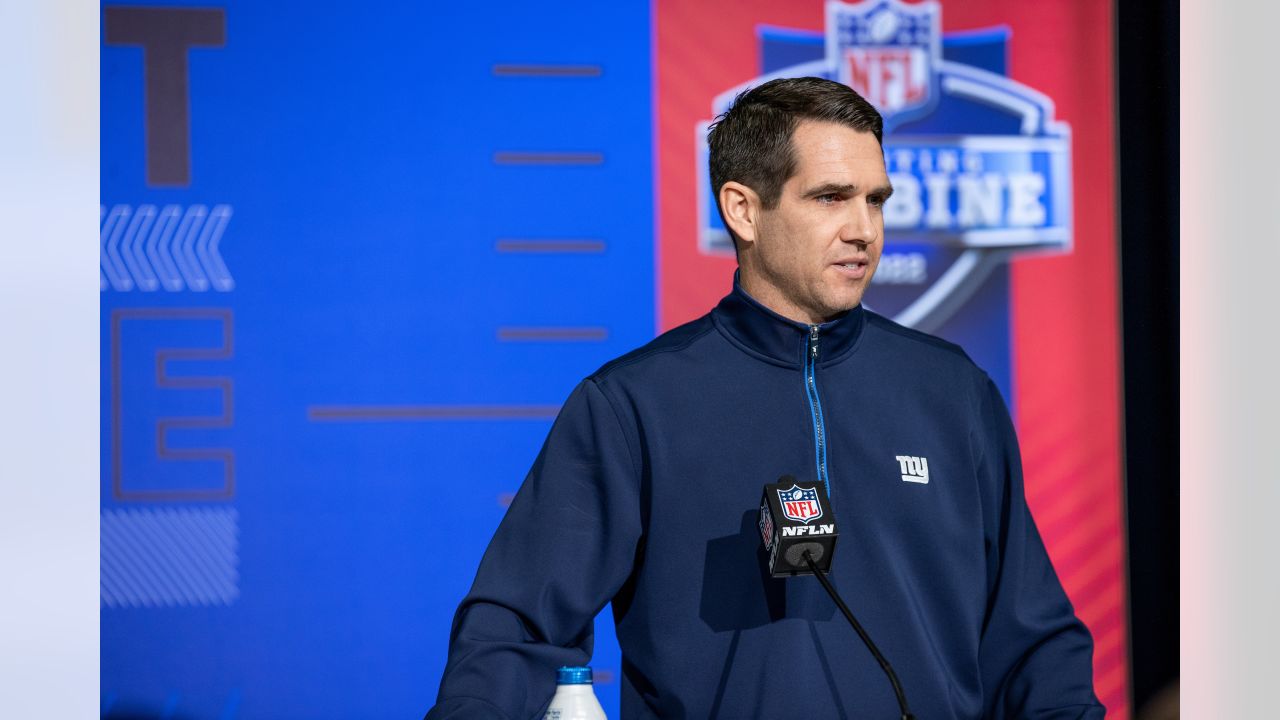 The NFL Combine is in full effect and the kickoff of the most exciting week of the offseason started today with its media day. Heading into the day, we all knew quarterback talk would dominate most of the airwaves during the day, which proved to be true, but we also heard more regarding expectations for the months ahead for teams.

We heard from general managers and coaches all day, with some individuals giving away more news than others. Some gave soundbites inferring a player underperformed due to possible injury, and others left you wondering what was really going on. We are here to dispel the latter. During any press conference, but especially these, it is important to read between the lines.

We are not saying you need to put all your weight on every word spoken yesterday, but we are saying that you need to analyze some of it. We will break down several of the quotes from today and read between the lines so you, the fantasy player, can know what to do this offseason.

Let us kick things off by seeing what was said about a 2021 rookie running back set up for a big breakout in 2022.

Colbert is right regarding Najee Harris’ season. While he did start slow, he sure put a stamp on the end of it, specifically against the Cleveland Browns. While Najee Harris only had three games over 100-yards rushing, he still was able to finish with exactly 1,200 yards and have 94 targets on top of it all. Now, Colbert won’t be around to see Harris take the next step, but the staff is in place to keep these numbers where they are and maybe even eclipse them. Whether it’s Mason Rudolph or Dwayne Haskins, both less than ideal starters, they both will be wise to use Najee Harris as much as possible, and play-caller Matt Canada knows that too.

This is especially important if you have any Daniel Jones still in dynasty. The bridge he stands on may be holding on by its last nails. Jones, it seems, will have every chance with new head coach Brian Daboll to have a chance to show what he can do with a competent staff around him. General manager Joe Shoen is going to build Jones the best supporting cast he has had, but as mentioned, he will also be bringing in competition. If Jones struggles in a couple of weeks in a row, we may see Jones getting pulled sooner rather than later, and the replacement may be participating at this week’s NFL combine.

This one is shocking if we are being honest. Yes, Kyle Trask was a second-round pick, and he was a Heisman finalist, but he is also a less than ideal replacement for anyone in the league, let alone Tom Brady. That being said, if we look at the glass half full, we have seen what he can do with a strong supporting class while he was in Florida. Arians has shown to be a quarterback whisperer of sorts, but even Kyle Trask may be too tall a task, even for the coach who turned a punter into an All-SEC quarterback. Imagine what he could do if they did pull the trigger on one of these underwhelming rookies at the NFL combine?

For a team that had Allen Robinson on the roster last year but didn’t gameplan him apparently, this would be a welcome change for the Bears and, specifically, Justin Fields. Fields had a rather steep learning curve to the NFL, as most rookies do, but the Bears appear to be primed to either keep Allen Robinson or make a move for other wide receivers to support him. It is highly doubtable that Davante Adams is a candidate, but names like Michael Gallup and James Washington could be interesting replacements. With no first-round pick, they probably won’t find that replacement at the NFL combine this week.

A couple of players need addressing here, but the bottom line is great news for Rondale Moore and bad news for A.J. Green and Christian Kirk. For Moore, this is great to see because when he was able to get into the game plan, he showed he could perform for Kingsbury and his quarterback Kyler Murray. If he wants to expand that role, then letting Green and Kirk go would free up 195 targets between the two of them. Moore was able to bring in 84% of his targets last year on 54 targets, so if we boost him to 100 targets, that would have him on a projected stat line of 84 receptions. With better utilization could see him easily approach 1,00 yards and more than the one touchdown he had last year. Maybe it is the prime time to sell Kirk and buy Rondale Moore shares.