Reading Between the Lines of the NFL Combine: Media Day Two

@MandrewNFL bring you the buzz from Day 2 of the NFL Combine. 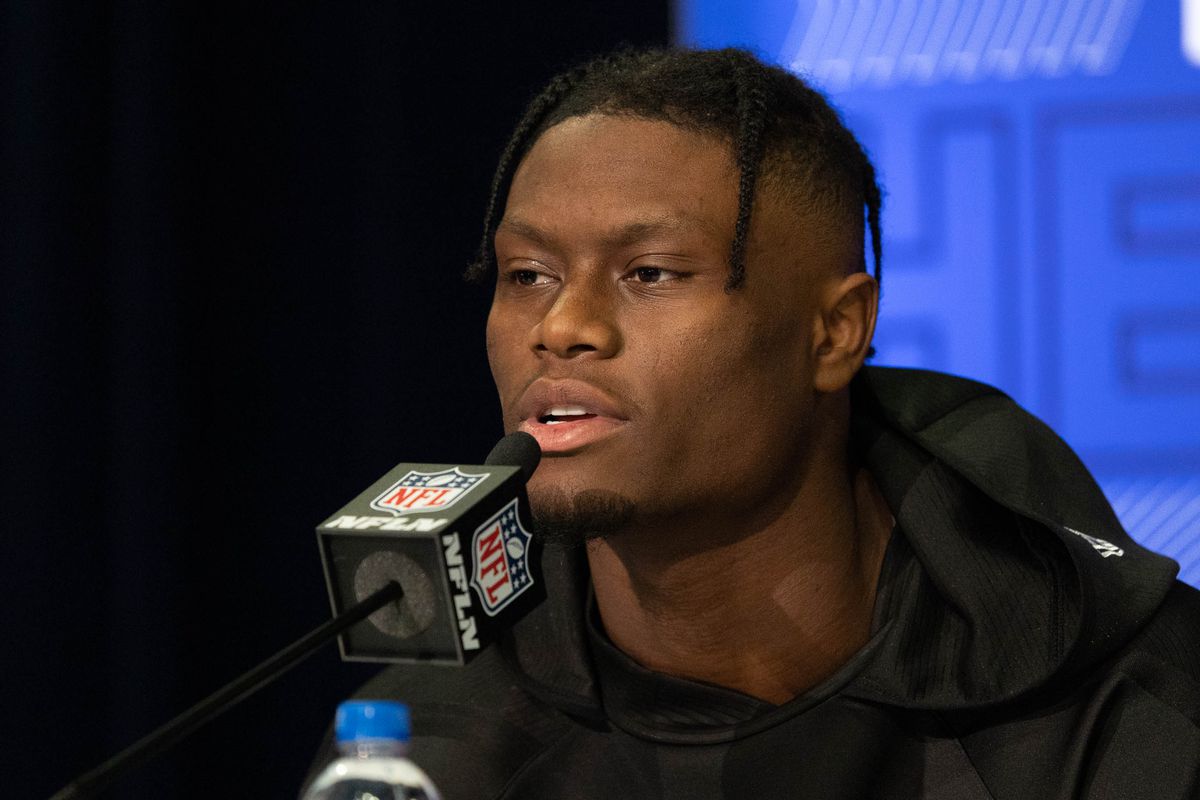 The NFL Combine is in full effect and the kickoff of the most exciting week of the offseason started today with its media day. Heading into the day, we all knew quarterback talk would dominate most of the airwaves during the day, which proved to be true, but we also heard more regarding expectations for the months ahead for teams.

We heard from general managers and coaches all day, with some individuals giving away more news than others. Some gave soundbites inferring a player underperformed due to possible injury, and others left you wondering what was really going on. We are here to dispel the latter. During any press conference, but especially these, it is important to read between the lines.

Day one was great, but day two saw some much more juicy and interesting comments, or lack of comments, from both teams and players alike. The biggest takeaway that we will get to is it seems the quarterback market may be running dry, if not for lack of trying by other teams.
Plenty to digest here, so be sure to grab a fork and knife because we are about to dive in as we bring an end to NFL combine media days for another year.

Dee Eskridge was a Senior Bowl darling last year and was even getting first-round hype last year before ultimately falling to the Seahawks. He saw a limited role last year with the team but it does seem that Pete Carroll has taken a liking to him. It is still hard to gauge his value in fantasy but if you can get him thrown into any trades you have this offseason I would say that would be a wise plan.

George Pickens Thinks He is a 1st Round Receiver

I have to say, this should have been a conversation much earlier than today. Yes, Pickens has suffered bad knee injuries, but we saw him come back the second half of this past season and be his old self that we saw way back when. If he runs anything like a 4.4 or less in the forty-yard dash, has a good cone time, and then caps it off with a good vertical, he will have broken the NFL combine, and we may be seeing a new talking point in the WR1 discussion folks.

Plain and simple, the Jets need to capitalize on the momentum that Zach Wilson had to end the year and give him the supporting cast he desperately needs. Wilson didn’t throw an interception his last five games, and we saw him looking more comfortable in the NFL pace of things. If they can bulk up this offensive line and add a playmaker at receiver and tight end, then we may see this whole offense glow up like we haven’t seen before.

John Clayton on the Trade Value of Jimmy Garoppolo

This could be highway robbery for Jimmy Garoppolo, and that is coming from a Jimmy G doubter. Has he thrived under Kyle Shanahan? Absolutely. Can he do the same thing under another staff? I tend to believe so. In this quarterback class, I think if you had a team in a win-now mold like the Steelers, why don’t you try and send an offer like this over, especially with you all being together for the NFL combine. To cap it off, from a fantasy standpoint, we have seen him be able to produce big fantasy numbers for his receivers like George Kittle and Deebo Samuel. Count me in for him landing anywhere outside of The Bay and being a buy.

Let us take a deep breath here. Okay, are you ready?

This is quite possibly the worst assurance I have ever heard from a general manager when talking about his young quarterback at the NFL combine, and I heard Steve Keim discuss Josh Rosen. He sounded so beaten down when saying they were out on Deshaun Watson today and then him talking about Tua Tagovailoa was somehow worse! I am not judging Tagovailoa as a player. It is way too soon for that, what I can judge is his environment, and it is not one where he can succeed. Find the Tagovailoa believer in your leagues and send those shares his way and if that is you, send me a DM, and we can talk things through because we have to move on, and we can do it together.