RSO is the most realistic experience when it comes to fantasy football. Salary cap is the main driver for all teams in the league. @DynastyPlumb takes us through the basics of RSO. 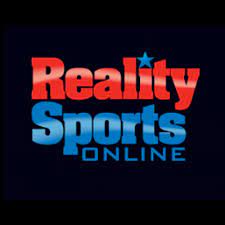 RealitySportsOnline (RSO) is the premier platform for salary cap dynasty leagues. There is simply no other site like it. RSO hosts fantasy leagues that act like the NFL. Salary Cap is KING, and all teams must operate under it. The site handles all contract valuations, and it allows up to 32 teams in a single league. There are many things that are great about the platform. Below I have outlined a few of the cool things about the site.

Rookie draft picks are extremely valuable because they provide a cost-controlled asset that may provide a fantastic ROI for years to come.

First-round rookie draft picks receive an optional fifth-year option. This option is available between the third and fourth year (if a four-year contract) or between the second and third year (if a three-year contract). The average of the top 10 contracts at a position determines the fifth-year option value. This option allows a GM to hold onto an asset for an additional year.

Each offseason, a GM can franchise tag one player with an expiring contract on their roster. From RSO’s website, “the exclusive franchise tag is calculated the same way the exclusive franchise tag is calculated in real life, the greater of (a) the average of the five highest-paid players at a given position, which is unique to each league, or (b) 120% of the player’s previous year salary”. This allows a GM to hold onto a player for another season that they may otherwise not want to sign to a long-term deal.

RSO allows up to nine extensions per team. The final year of the contract is when extensions are available. RSO has an algorithm that calculates the value of the extensions. For example, in one of my leagues, I franchise-tagged Dalton Schultz at $14,056,000 (the $14,712,735 number is the total dollar amount I will and have paid Schultz to be on my roster) for all years.

If I click the “Extend” button, the screen below appears, showing me the extension years, total contract value, and the average value per year.

Prorated salaries occur due to in-season acquisitions. If you trade for a player, their salary will be the full year contract value minus the amounts paid for the weeks completed. If you acquire a player in week five, the cap hit will only account for weeks five until the end of the season. The team trading the player keeps the salary of weeks one through four as a dead cap hit.

Finally, salary from a contract remains on the books as dead cap if the player is cut from your roster before their contract expires or is traded. 100% of the current year’s salary and 50% of all remaining years would be the dead cap. If a player is signed for three years and is cut in year two, 100% of year two salary will count against the team’s cap and 50% of year three cap hit in the third year.

RSO offers the chance to play in leagues that mimic the NFL. Many GM decisions come down to dollars and cents, not just the player’s ability. Signing top-tier players to massive contracts will have a potentially negative impact on your roster.