Some teams are built to succeed and could handle the growing pains a rookie QB can bring. Which three teams can? Andrew Harbaugh tells us. 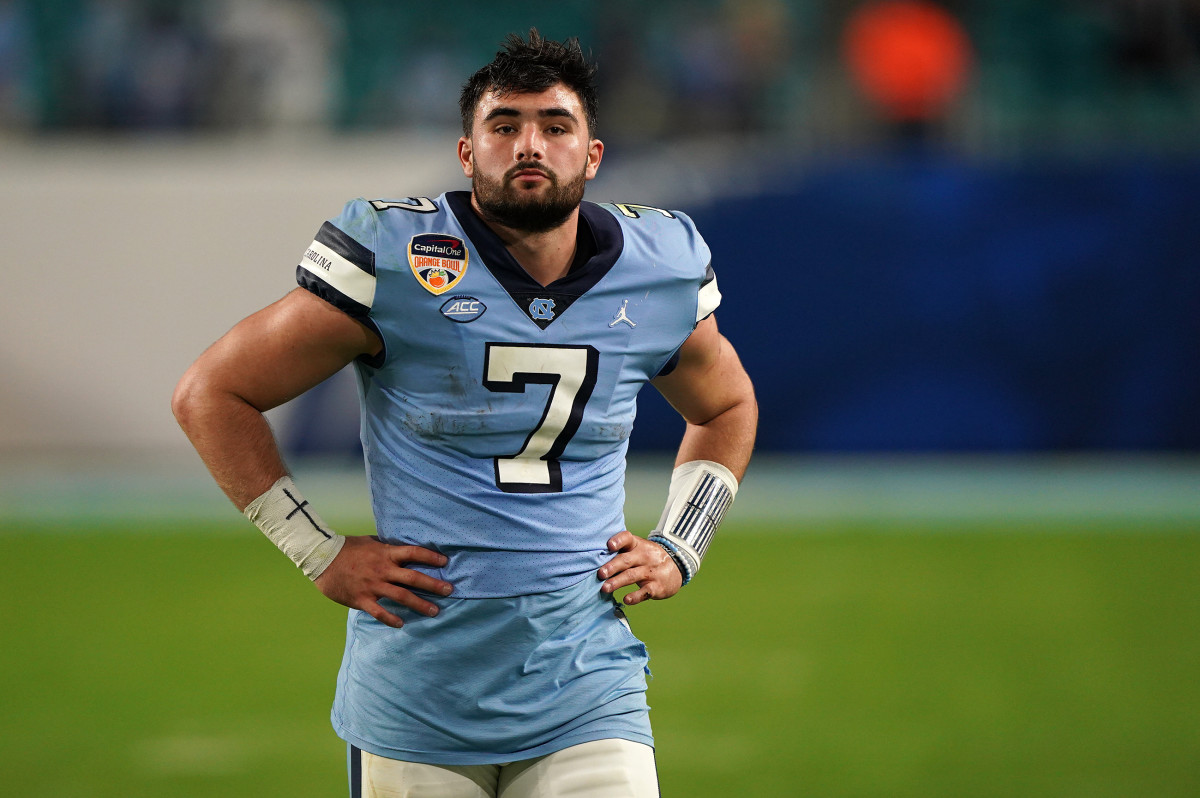 Does anyone else feel like they need a breather after all the moves this offseason? Well, all those moves have shifted the power structure of the NFL, mainly the quarterback situations. Not many teams are in dire need of QB help. The ones that do may not be the best fit to handle a rookie quarterback.

Case and point, the Carolina Panthers feel like a team that desperately needs a hail mary at the position, but none are available to them. Matt Rhule is on the hot seat after two seasons and lost 12 of the team’s final 14 games. The way their roster is currently built may seem like it could support a rookie from the skill player position, but two things are working against them. One is the offensive line is still in horrendous shape. Second, the defense is still poorly built and would result in more stress on a rookie quarterback.

You may be asking, at this point, where are the teams that could support a rookie quarterback? Knowing and understanding what a bad team is helps you identify the good ones. Clearly, Carolina isn’t a good spot, and it’s time to showcase the ones that are for a rookie quarterback.

No team, actually no franchise, is more stable top to bottom than the Pittsburgh Steelers. There is no more structurally safe team than the Rooney Family, who owns the team to the parking lot attendants. With structure comes support, with support comes patience, and with patience, you get the recipe for success for a rookie quarterback.

They have an excellent defense and fantastic weapons to support a rookie quarterback outside of the team’s structure. The running game can take pressure off a QB, and with Najee Harris heading into his second season, he is expected to have a significant role regardless. Add Diontae Johnson, Chase Claypool, Pat Freiermuth, and a reliable offensive line, and you have what you need.

The Lions are well suited for a rookie QB for a different reason than everyone else on the list, and they have patience. Head coach Dan Campbell arguably could’ve been the coach of the year last year for what he did with what he had. What he has this year, though, is a QB that he and the front office like in Jared Goff. But he has one year left on his deal of major money. He is under contract until 2025, but he may be getting paid more than he is worth.

With that said, a rookie QB could be drafted and come in and have the ability to sit and grow under a decent Goff and Campbell. Campbell showed last year when he took over play-calling duties, he can set his QB up for success. Add Amon-Ra St. Brown, who will be entering his second season after a successful rookie year, and T.J. Hockenson continues to grow. Overall, Detroit is a good spot for a rookie QB to land.

Much like the Steelers, the Seahawks also have a ton of stability. General Manager John Schneider and coach Pete Carroll have both had a tremendous working relationship over the years, and both don’t like the idea of a rebuild. Is it hard to win with a rookie QB? Absolutely, there is a reason none have won a Super Bowl to date.

What a rookie could do on this team, though from a success standpoint, is take things easy while also managing decent expectations. Carroll loves to utilize the running game with a rotation of guys, and the team resigned Rashaad Penny, which should bode well for whoever is under center. The team also has newly acquired Noah Fant at tight end and, of course, DK. Metcalf and Tyler Lockett.

If they were to trade Lockett or Metcalf, that would potentially remove them from being a favorable landing spot. Carroll said they are a part of the team’s plans for now but with this offseason, never count anything out at any given moment.