LSU Alums Justin Jefferson and Ja’Marr Chase have changed the dynasty WR landscape. An added effect is what their success has done to owner’s perspectives on rookie WRs. 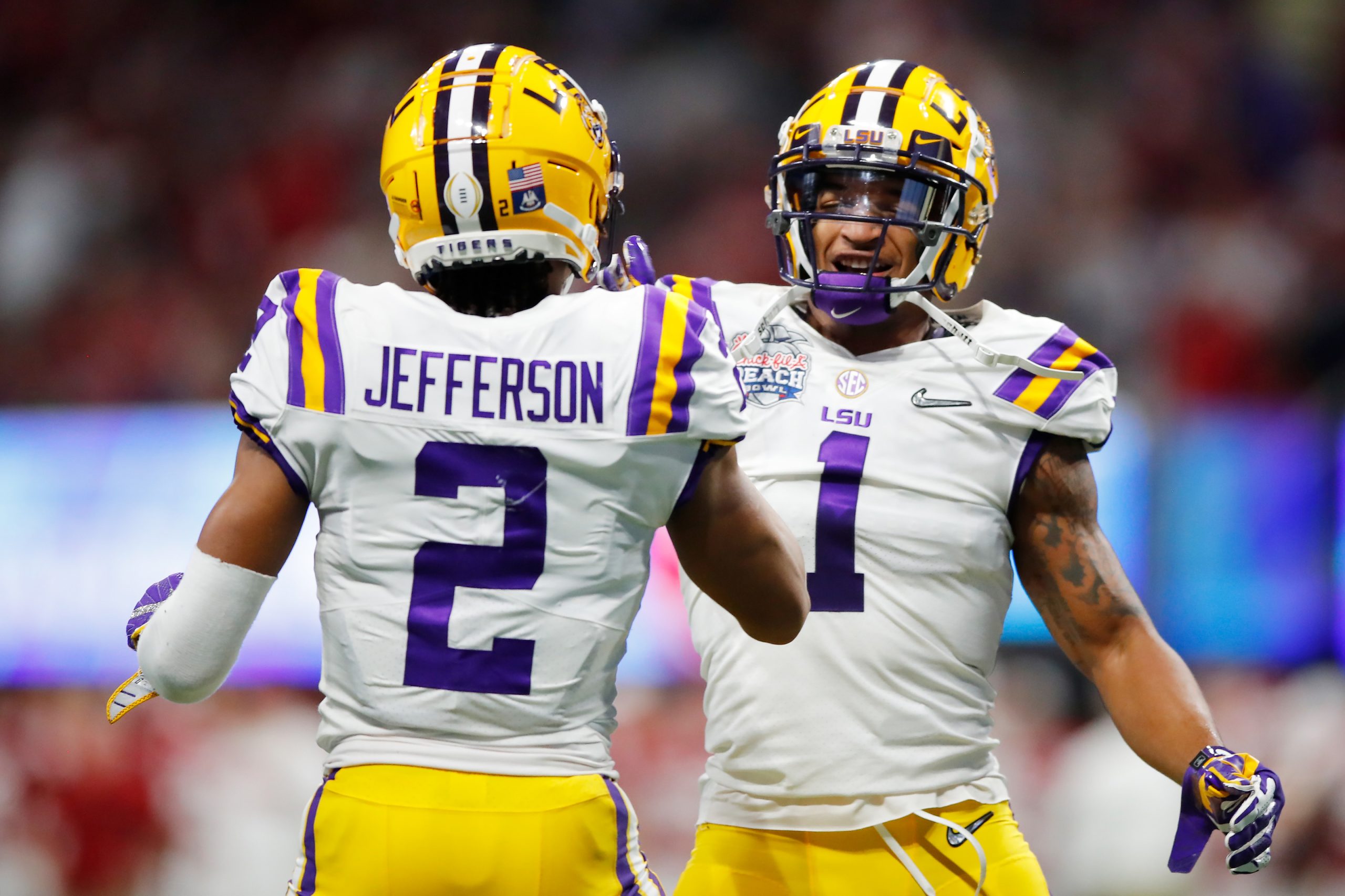 One year ago, we witnessed one of the greatest seasons a rookie WR had ever had when Justin Jefferson totaled 1,400 yards and 7 TDs in his Freshman campaign. Adding to this, his LSU running-mate Ja’Marr Chase was drafted 4th overall by the Cincinnati Bengals and was said to be possibly even better than Jefferson.

Fast-forward to now, and Chase’s rookie season looks even better with 1,455 yards and 13 TDs. Jefferson hasn’t slowed down either after having a 1,616-yard, 10 TD Sophomore season. Naturally, the value for both these players is sky-high.

For an owner that doesn’t have Jefferson or Chase on their roster, attempts to acquire them are rather futile. Unless you have four first-round picks you are willing to part with, you likely aren’t acquiring either receiver.

So, owners have to look elsewhere. The conclusion made by many: the rookie draft will surely hold the next Jefferson/Chase. With this mindset by many, the rookie WR market has inflated a disproportionate amount.

Let’s look at this year’s rookie WR class compared to past classes and why far too many rookie WRs are getting overvalued.

I have previously referenced some of this data in my Draft Darts article a few weeks back, but there is recency bias in our predictions for rookie WRs. As referenced above, Jefferson and Chase had historic rookie years. But how often do we see rookies have this kind of success?

Since 2015, only three rookie wide receivers have had a WR1 season in their first year: the aforementioned Jefferson and Chase and Michael Thomas in 2016. Going further, Stefon Diggs, Juju Smith-Schuster, Chris Godwin, Kenny Golladay, Diontae Johnson, and D.K. Metcalf are the only receivers you can add to having a WR1 season in their first two years in the league. That’s nine receivers out of 113 drafted in rookie drafts from 2015 to 2021.

If you want more numbers, that is an 8% chance if you draft any random WR from 2015 to 2021 that they had a WR1 season in their first two years. You may be saying to yourself, “Well, those 113 WRs include a lot of late-round guys we didn’t expect a lot from.”

Good point, but I will counter by saying you should remove Diggs and Johnson from the hits list as they were both drafted in the third round of rookie drafts. If we remove second-round rookie WRs, we are left with just Jefferson, Chase, Thomas, and Metcalf. Four receivers out of 39 drafted in the first round.

Why is this important? Well, as you are about to see, the Griddy Effect that Jefferson and Chase have put on the NFL has caused owners to think that this kind of rookie success is commonplace. As you can see, this is not the case.

Twitter user @Adeiko_FF has been creating rookie and startup charts for years and passing on his data to the community for free. If you aren’t following him, you absolutely should be. He is an excellent resource for trends happening throughout dynasty leagues all over.

Recently, he charted where this year’s WR class is being drafted in startup drafts compared to other recent rookie WRs. Below is his tweet for rookie WRs ADP from 2019-2022 in May of their rookie season:

Let’s be clear: I am not saying that Drake London, Garrett Wilson, or Treylon Burks will not be successful in the NFL. But they are being drafted in startup ADP as three of the five top rookie WRs in the last four years. Including Jameson Williams and Chris Olave, this class has five of the top nine receivers drafted.

This means one of two things. This is either the greatest WR class we have ever seen, or rookie WRs are being overdrafted right now. Call me pessimistic, but I am banking on the latter.

Let’s look at just Drake London, as he is currently the top rookie WR in ADP. According to @Adeiko_FF’s data, London’s ADP is at 45.8. This means he is being drafted ahead of DJ Moore, Diontae Johnson, Michael Pittman, and Chris Godwin. A year ago, all four of these receivers were in the top 20 fantasy scorers among WRs.

Either Drake London is about to become the next perennial WR1, or owners are dealing with the Griddy Effect. To paraphrase Peter Griffin, “Sure, D.J. Moore is great, but Drake London could be anything. He could be D.J. Moore!”

Call it the Griddy Effect or rookie fever, but the evidence seems clear to me. The current rookie WR class is being drafted and projected too high. Yes, a weaker overall rookie class is pushing up the stock of these wide receivers in particular. But this doesn’t change the fact that they should not be drafted above established receivers with years of proven production.

Most years, draft picks are at their highest value right before you make the pick. Like a new car, the draft pick loses value when driven off the lot, and the pick is made. This year, however, it seems that the names of these WRs associated with these picks are holding value in the community.

If I were someone who already drafted a London or Wilson, I would see if they could fetch me a receiver like D.J. Moore or Michael Pittman. The idea of what a rookie can become is exciting, but why not cut out the risk and get a proven commodity? This is Dynasty 101.

Above all, if you are in a startup, beware of these current ADPs. Don’t let a big board of current draft average dictate how early you take a rookie WR. Their value is currently far too high.

Are all the pieces in place for Derek Carr to finally be a viable QB1?
Salary Cap is KING: Intro to RSO
Black Friday Sale