@DevyMatt takes a look at some incoming freshman who could make an immediate impact. 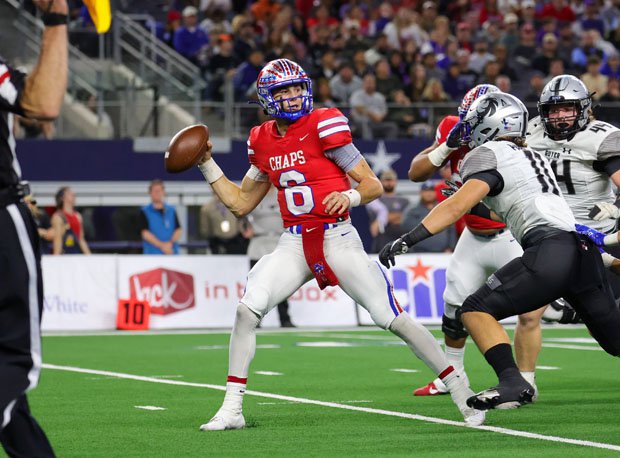 The College Football season is right around the corner. We have wrapped up spring games and players are beginning to make a name for themselves on their rosters. If you are in any devy leagues, or are just a fan of college ball, there is one question that continues to arise every single offseason. Which former high school star is going to become a collegiate stud. I broke down some of my favorite incoming freshman and their ability to have the immediate impact in college football. Here are the names that you need to know and get on your roster, before everyone else jumps on the train.

Watching Clemson football last year, it didn’t long to realize there were some serious flaws at the quarterback position. DJ Uiagalelei, the once-heralded 5-star prospect, experienced a massive fall from grace in the 2021 season. Passing for 2,246 yards and more interceptions than touchdowns, DJU and the Clemson offense looked stagnant more often than not. Entering 2022 and Clemson has an incoming freshman who can challenge for the starting quarterback position this fall.

Cade Klubnik is a 6’3 183 pound prospect from Austin, Texas. He is the #1 Quarterback prospect in his class and the #6 overall prospect. Klubnik exhibits exceptional arm talent with an ability to hit receivers at all three levels of the field. He shows good touch on his passes and can throw at different arm angles around blitzing linebackers and defensive ends. Klubnik has great mobility, escaping the pocket to extend plays, and can even pick up extra yards with his legs. Entering 2022, the quarterback position for Clemson is anything but certain. If Uiagalelei continues to struggle, then there is a good shot Klubnik sees early playing time this year. If Klubnik takes over early, do not expect him to give back that starting position. He is our first early impact, incoming freshman.

What do Bijan Robinson, TreyVeon Henderson, and Nick Singleton all have in common? All three came into college as highly touted prospects. They have the ability to be special running backs at the next level.

When it comes to Devy fantasy football, we are all looking for that next stud player. No position is more important than the running back position. When you have an elite back who flashes early, there is rarely a player that you can not get 1-for-1 in a trade. Nick singleton has the type of ability that we are talking about.

Singleton comes to Penn State as a 5-star prospect. He is the #1 RB in his class and the #31 overall prospect. Singleton already boasts NFL-ready size at 6’0 and 210 pounds. Singleton uses every bit of that size and is a strong, tough runner to bring down. He has phenomenal lateral agility and short-area quickness and hits his top speed quickly, exploding through the line like a cannon. Penn State Coaches have been raving about the ability of Singleton all spring. I can envision a situation ala Will Shipley last year, where Singleton may not start the year as the top back but will undoubtedly take on the lead role within a few games into the season. On a team that does not have a bonafide starter, Nick Singleton can easily take over that role en route to an early impact freshman.

If there is an unspoken rule in Devy, it is this; Draft the Georgia running back. From Todd Gurley to Nick Chubb to D’andre Swift, Georgia backs have always found a home at the next level. Incoming freshman Branson Robinson is the next in a long line of heralded running backs.

Coming into college, he has an NFL frame already. Standing at 5’10 220 pounds, Robinson is an absolute force in the running game. He uses every bit of that body and power without losing any speed and quickness. Robinson enters the bulldog program as a 4-star recruit, the #4 running back in his class, and the #62 overall prospect.

Robinson has elite speed and short-area quickness, helping him quickly get to the second and third levels of the field. He displays a nice stutter step and lateral agility to break defenders down in the hole. His contact balance allows him to stay on his feet through attempted tackles. At 220 pounds, Branson Robinson is a powerful runner. Arm tackles simply are not going to bring him down when he gets going with a full head of steam. Georgia likes to utilize a multiple running back approach. With Zamir White off to the NFL, the best returning running backs on this roster are Kenny Mcintosh and Kendall Milton. Branson Robinson easily has the talent to work his way into the rotation and provide early value his freshman year.

When Luther Burden decommitted from the Oklahoma Sooners and chose to take his talents to Missouri, he became the second-highest-rated recruit in program history. It is safe to say that Burden has some lofty expectations placed on his shoulders. He also has the talent to rise above and beyond all of these expectations. Luther Burden is a 5-star prospect in this incoming freshman class and stands 6’0 200 pounds. He is the #1 overall receiver and #33 overall prospect.

There is a ton to like about Burden when you dive into his film. He has a great release at the line of scrimmage and has quick feet to get in and out of his breaks. He adjusts well to the ball along the sidelines and has good body control to make tough catches. Burden also has strong hands to pull down passes in coverage. Once he gets the ball, he has great run after the catch ability and can take a short screen or dump off pass the distance. Burden immediately steps onto Missouri’s campus as their best receiver on the roster. With his natural ability, he is not only a huge devy asset but a C2C one as well. He has a clear path for a possible 1000-yard season as early as his freshman year, making him an easy pick for an early impact freshman.

During the 2021 season, College football and Devy fans alike became enamored watching Kentucky’s Wandale Robinson. While he was smaller, he was a dynamic force in the receiving game that jump-started that offense. With Robinson now in the NFL, Kentucky needs a new WR, and incoming freshman Barion Brown fits that mold to a tee. Standing at 6’1 and 173 pounds, he will give Kentucky a bigger receiver than they had in Robinson. He also brings with him quite the pedigree coming in as a 4-star and the #16 WR in his class.

Barion Brown is arguably the most dynamic athlete in this class, and you can see that when you dive into his film. He has the speed to take the top of the defense on deep streaks and post routes or house touchdown runs on end-arounds and short screens. He is a shifty receiver and has very quick feet at the release point. Once he catches the ball, he looks like a running back in the open field. If he can develop his route tree once he gets to Kentucky, the sky will be the limit for Barion Brown. He is the perfect receiver to step into the vacancy that Wan’dale Robinson left for Kentucky and thrive in that offense. You can also get him pretty late in drafts which is always a plus.

With Devy leagues getting more popular and rosters expanding each year, we are always looking for that next breakout college player. That starts with incoming freshmen. I envision all of these players having breakout seasons early and being key pieces to your Devy rosters, and eventually NFL rosters.

Well that does it for us today. For more devy and college football analysis make sure to follow me on twitter at @DevyMatt. Subscribe to my Youtube page at Devy Database where I am putting out player profiles. We will see you next time.