When to Go All In

Are you ready to go for the title? @gbridgfordNFL takes you through going all in to win!! 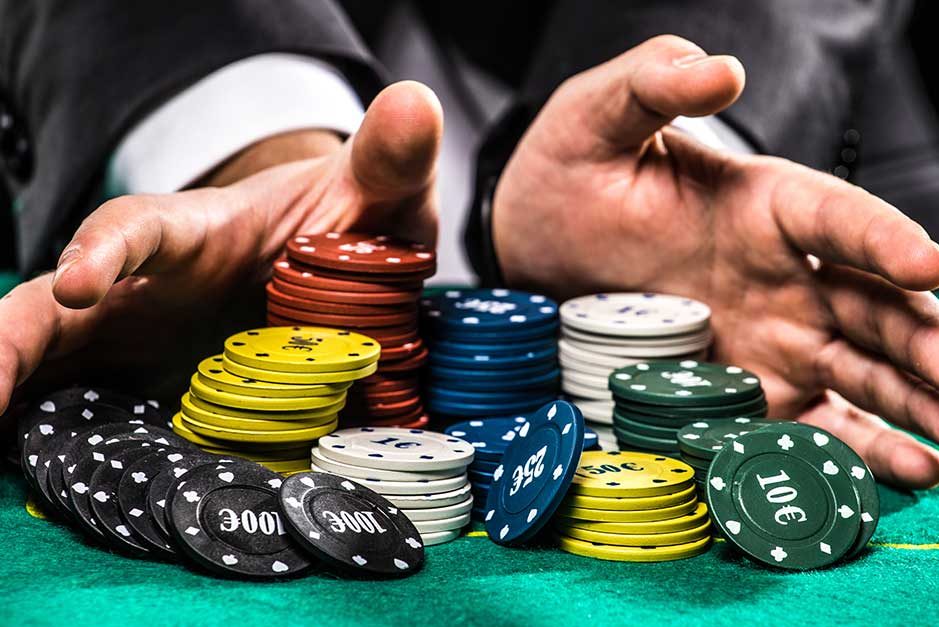 In the world of dynasty fantasy football, you should always be looking to build for championships. At the end of the year, it’s all about coming away with a win. At the same time, you want to develop your depth. Depth allows you to continually remain competitive, regardless of an injury to your star player. So, when is the time that you decide to trade it all in to go for the ‘ship? When do you push all of those young chips in to go for it all?

If you’re constantly keeping your roster churning to improve, you can maintain that competitive advantage without ever going into a full rebuild like you’ll see other people in your league have to do. However, in order to complete this process, you have to be willing to pull the trigger on a move. You have to trade away a player that you want for the future because of your needs now.

Going all in is a risky strategy. It’s the ultimate high risk-high reward scenario. If it pays off, you have something new for your trophy case. If it blows up in your face, you’re left sitting in the ashes of your team. If you do it right, though, you can make the all-in scenario work for one year without completely sacrificing your future. Here’s how to do it.

There are three main factors when you’re trying to figure out if you should be going all-in to win a title. The first is your performance in the previous season. If you barely missed out on a championship or you struggled with injuries, that, if they hadn’t happened, you would have been a top contender, you’re in the right place. If you finished in the bottom half of your league with a developing roster, allow it to continue developing.

The second factor is your current roster state. Did you deal with a slew of roster changes in the offseason due to new teams or retirements? Possibly it’s not your time, and you need to give it one more year before that big run comes for you. However, if you’re looking at a lineup of legit starters at every position, who figure to maintain or build on their previous performance, gather those chips. And go ALL IN!!

Finally, do you view this roster as a championship team entering the season? Teams getting “lucky” with a breakout or two can make a run to the championship without actually being ready. It can just be good timing of your roster with a bunch of tight wins. If you see established veterans that are going to win you weeks all year, you’re ready to cash in those chips.

What Do You Trade For?

This seems pretty straight forward, but you need to fix your biggest weakness aggressively. If you’re trotting out five receivers every week with just two running backs on your squad, you can package two of them to get you a stud running back. Maybe you’re weak at quarterback, trade a future first for low-end QB1 or high-end QB2. Don’t trade for players that are looking to break out. Trade for established players that you know are going to perform.

If you’re trading for running backs, look for younger ones at the beginning of their careers with clear lead roles. If you’re trading for receivers, look for guys at the end of the first and beginning of their second contracts. They’re likely their team’s top wideout, and they don’t have the growing pains you get with super young players. Never trade for the breakout players when you’re going all in. If they don’t break out, a la Devante Parker three years ago, you wasted a lot of prime capital.

Don’t be afraid to go after a guy that you only want for one year. For example, Julio Jones is a player that some people are looking to sell at the end of next season. He’s likely going to turn in another WR1 campaign. If you get him, he can help lead you to a championship, and you can turn around and sell him to recoup assets for your next few years. You don’t need to worry about these guys being around long term. It’s about winning right now, and those are the guys that can do it.

I’ve mentioned a couple of players as examples to this point, but I haven’t told you necessarily how you should be getting that job done and who for. One guy we’re going to be trying to trade for is the aforementioned Julio. He’s the most expensive guy on our list, but he’s also worth it. He’s a consistent WR1 every year that fits in a win-now team. You’ll have to give up a good young wideout, such as D.J. Chark or Calvin Ridley plus a future first-round pick, but, when going for the title, you pay that price every day.

So, you’re in desperate need of running back help. I’ve got just the guy for you, but I’m not sure that he’s going to give you the same return Julio might next year. Todd Gurley was on a superstar trajectory before an arthritic knee derailed the end of his 2018 season and slowed him down in 2019. Right now, Gurley has an ADP, in dynasty, in the seventh round. He’s just 26 this year, and he still managed to finish as RB14 last year. He’s heading to an Atlanta Falcons offense that had Devonta Freeman being drafted in the fourth round last season. Gurley will give you close to RB1 production, and he can be had for a late first. With no competition against him, that’s pretty easy money for me.

The last position that we’re going to look at is the quarterback spot, and the target is none other than Ben Roethlisberger. This is speaking largely in Superflex or 2-quarterback leagues. You likely have better or at least serviceable options in single quarterback leagues. When he’s been healthy in his career, he’s been a near-lock to be a QB1 by the time the season was over. Could he possibly retire at the end of next year? Yes. Is he also the cheapest guy on this list? Yes. Even in a league where quarterback values increase tremendously, Ben can be had for a second and third-round pick at the most. If the owner is asking for more, they’re crazy. Remember, this is all for the title right now, and Ben can get you there if he’s healthy.

When to Bail Out

You went all in right before the season intending to win a title, but things are starting to look bleak. When do you pull the ripcord and bailout? If your team suffers multiple significant injuries, get out while you can. Anyone healthy that you don’t view as a long-term piece, trade away. Ship it out to a contender for good depth, which will allow you to make your run the following year.

If the playoffs are out of reach, get out before that trade deadline hits. We’ve all been there. You had a great team, but you had a brutal schedule where teams overperformed to take you down. It’s the worst feeling when you see that you’re top two in points for, but you’re number one in points against. If that happens to you to the point you’re not going to compete, let the season go.

Finally, you won the championship. Congratulations. Now, how do you make sure that you’re not a one-year wonder? Trade away those leases for young depth. Make a big splash by trading away a superstar for multiple young contributors to bolster your lineup for the following year. The best teams that contend year after year never stop making moves. They never stop moving forward. To paraphrase William S. Burroughs, “You’re either growing, or you’re dying.”