Will Micah Parsons Make a Second-Year Leap to #1 LB?

Micah Parsons proved he is one of the most talented and dynamic LBs. Now he has to get even better to justify his skyrocketing ADP. 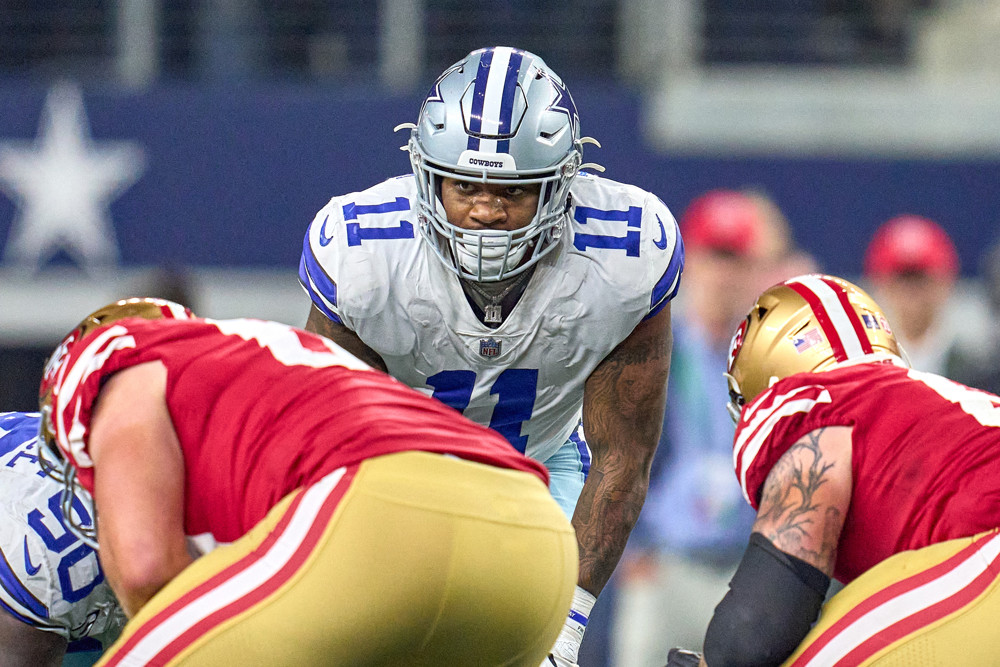 When Micah Parsons was six years old, he was nicknamed “The Waterboy” because of his enthusiasm to go after the ball and do anything asked of him.

He would tear down the opposing team’s quarterback 10.5 times and run for 27 touchdowns the same season as a high school senior. “I’m an aggressor. I’m a playmaker,” he said in an amateur documentary filmed at the beginning of his senior season.

Path to the NFL

Widely recruited, he teased Penn State and flirted with multiple schools, even kindling a quarterback controversy at Ohio State, before recommitting to his home state’s school. He led the Nittany Lions in tackling his freshman season.

After being drafted #12 by the Cowboys, he was asked to step up one week into the season. When DE DeMarcus Lawrence went down, Parsons had to replace the seven-year veteran on the defensive line. All he did was lead the NFC East with 13.0 sacks.

He wreaked havoc on opposing offenses, lining up from the line and in the box. “Seven [sacks] came from the linebacker position, six from the defensive end position,” Coach Mike McCarthy said. It would be silly to limit a talent like Parsons to one position. “[W]e’ve made it clear: We want him moving around,” McCarthy said at a press conference this spring.

So IDP fantasy football managers should know they are getting a generational talent with the versatility to rack up big plays all over the football field while maintaining a solid tackle base.

In history, only five defensive players have recorded 13.0 or more sacks in their rookie seasons: Jevon Kearse (14.5), Aldon Smith (14.0), Dwight Freeney (13.0), Reggie White (13.0), and Parsons. Each of them would go on to make ten plus sacks their second year, too. Kearse and Freeney were among the greatest defenders of their era. White was one of the greatest of all time. Smith was on his way to establishing himself as a consistent All-Pro before multiple DUIs and suspensions ruined his career.

Rookies with 10+ Sacks: The Recent History

There have been flops like Bradley Chubb and Kamerion Wimbley. There have been some who continued playing at a respectable-but-not-elite level. Washington’s Brian Orakpo remained a starter for nine more seasons and made ten sacks in two, but he never outdid his rookie performance. Josh Allen, who made the Pro Bowl as a rookie in 2019, missed half of his sophomore season, but he made an impact again last season (71 total tackles, 7.5 sacks).

I would bet Parsons falls into the 50 percent that goes on to have an All-Pro career. He has impressive athletic skills. He runs a 4.36 40-yard dash. He’s fast enough to beat wide receivers and running backs in the Pro Bowl race.

He also shows his speed on the field and excels in pass coverage.

He showed impressive maturity and dedication to the game when he gave interviews going back to high school.

With an ADP of 55.7 in Sleeper IDP drafts, Parsons is going just one or two picks after T.J. Watt. He was the #7 IDP scorer in 2021, and LBs often make a leap in their second year.

Darius Leonard and Roquan Smith, who are consistent 100+ tackle makers, are in the next tier, going an entire 10-15 picks after Parsons and Watts. Whether Parsons is worth the fifth-round draft capital in redraft depends on whether he will increase his sack total and add a few interceptions. If he maintains the same production, the LBs in the next draft tier are projected to outscore him.

While I have laid out my case for why I think he will step into that top tier, I would be reluctant to draft Parsons in redraft at his current ADP because it is close to his ceiling. The higher draft position is worth it in dynasty or keeper because of his age.