It is time to start looking to the 2023 rookie draft. The Dynasty Nerds team is here with Superflex Rookie Mock Draft 2.0. 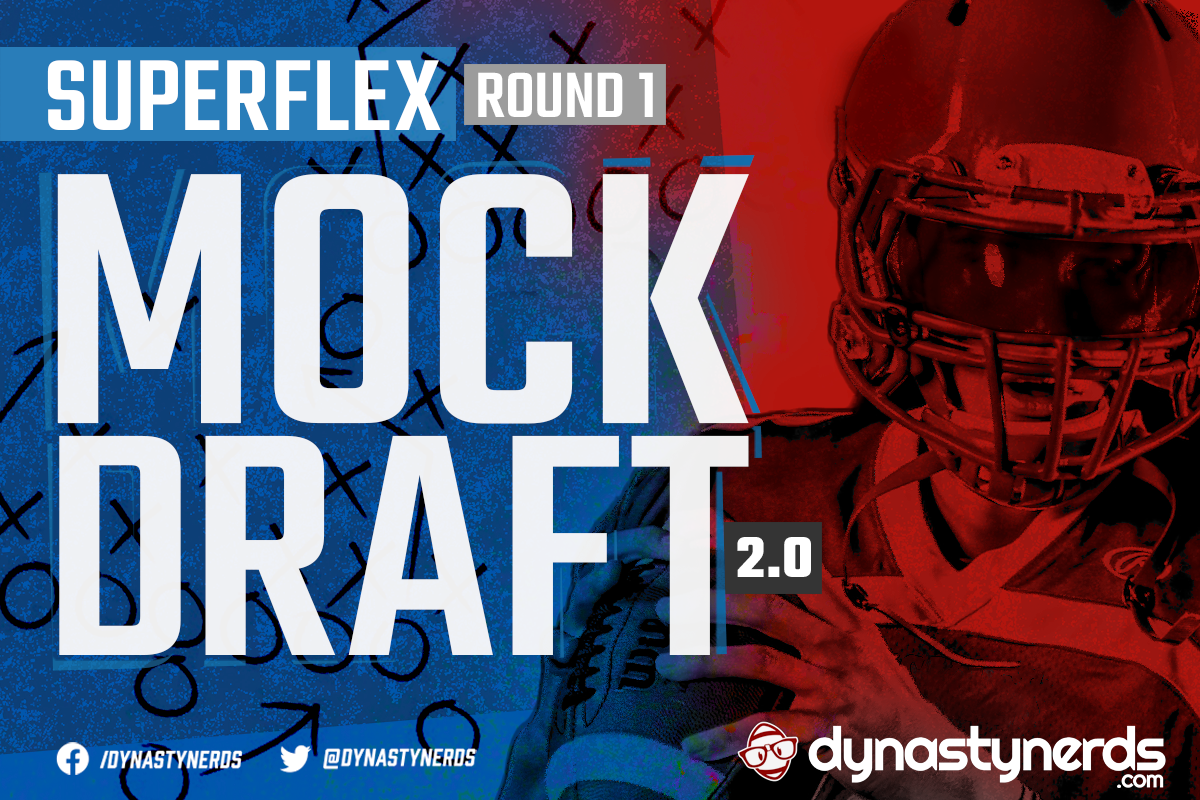 The Dynasty Nerds team is here with Superflex Mock Draft 2.0. The college season is wrapping up, and we are starting to see the smoke clear around the 2023 rookie class. The top of Mock Draft 2.0 is largely unchanged, but there were some surprises in the middle of the round. Mock Draft 1.0 saw four quarterbacks go in Round 1, but just two quarterbacks in version 2.0.

Despite a lackluster performance against TCU, Bijan still ranks at the top of SuperFlex rookie drafts for me. I took him at the top spot in Mock Draft 1.0 and will do so until we get to the real rookie draft season next May. He is truly a generational talent and will immediately lock in as a top-five dynasty running back the second his name is called in Kansas City in April. The only debate at the top of rookie drafts is whether you select Bijan or trade the pick away for a king’s ransom. Anything less than multiple first-rounders will be an insult. – @DanT_NFL

At the end of the day, this is a SuperFlex draft, and Bijan is the only prospect worth taking ahead of the top quarterback. So, I’ll go with mine in CJ Stroud. Stroud checks every box with size, arm talent, functional mobility, and elite production in a major conference. And he’ll likely be a top 3 NFL draft pick come April. – @Devy2DynastyFR

Not only is Young a Heisman winner, but he has been really good at playing quarterback in the college realm for the last two years. You can’t blame him for Alabama’s losses this year. That’s all on their defense. In a Superflex league, quarterbacks always go first unless there’s a generational talent, like in this year’s draft with Bijan. To get my QB1 at pick 1.03 feels like an absolute steal. Young’s size is of no worry to me.- @DarthDbacks

I will gladly take Jahmyr Gibbs at pick four. I love his versatility in the running and the passing game. He has shown his big play ability this year and is averaging his highest yards per carry of his career at 6.5. He has the skill set to be used like Alvin Kamara, and I think he will be successful right out of the gate in the NFL. – @hayeb3

Johnston’s physical traits are unmatched in this class. I think the production concerns were always overblown. Leading up to 2022, he produced at a high level relative to his team’s offensive output. As TCU has ascended, we see the production many knew was inevitable from Johnston. He wins similarly to Dez Bryant by dominating at the catch point and offers a ceiling that no other receiver in this class can match. He is the obvious choice at fifth overall. – @FF_Hulsey

Usually, in Superflex, I always go quarterback this early in a draft. However, I’m not overly impressed with this year’s group personally. So I’m going to go with my WR1. Addison has the tools to be a stud at the next level, and I’m happy to add him here. – @ReflipeWThenuz

Widely considered the best WR coming into 2022, Jaxon has only played sparingly in 2022. While there eventually may come a time when JSN’s injury may affect his draft stock, he still deserves consideration amongst the top 10 in the NFL Draft. A high-floor player, Jaxon’s game is highly comparable with another hyphenated name WR Juju Smith-Schuster. An excellent intermediate and underneath route runner with run-after-the-catch skills, Jaxon will instantly upgrade an NFL offense on third down. While not a flashy pick anymore, JSN has instant WR2 fantasy potential. – @DynastyOasis

Sean Tucker is slowly becoming my draft crush outside the top-tier guys. He runs angry and has plus speed and vision. He can catch the ball out of the backfield. In an age where it is difficult to find bellcow-type backs in the NFL, Tucker has a chance to be a back that sees over 80% of his team’s snaps because of his versatility and talent. While he is a bit shorter at 5’10”, he looks to be a complete back that will make one NFL fan base and plenty of fantasy owners happy in the coming years. – @timbmartens

Amid a poor season for Auburn, Tank Bigsby has had a solid junior outing. Bigsby finished the season with 970 yards on the ground on 179 attempts. The 5.4 yards per carry was an increase from his previous year’s 4.9, which was a positive considering he received less work this year. He also found more work in the passing game this year with 30 receptions for 180 yards which I love to see for PPR leagues. There are many good backs in this class, but Tank Bigsby is my RB3. – @noahrwright

Getting Zach Evans as a late first-rounder feels like getting Travis Etienne there in 2021. Evans is a workhorse with an all-around skill set and elite field awareness. Don’t let the excellence of Quinshon Judkins deter you from taking Evans at a discount. – @ekballer

“Allow me to reintroduce my self.”

NFL teams are going to fall in love with Cedric Tillman. He is a physical receiver who has long speed and great ball tracking. Tillman will be an immediate contributor as a possession receiver in somebody’s offense next fall. – @TheSmingDynasty

Any team looking for a workhorse back in the NFL Draft will be champing at the bit to select Zach Charbonnet. With great size and outstanding body control through contact, Charbonnet is averaging 168 total yards/game this season. With only one game under 19 rushing attempts, the UCLA back has shown he can handle a large workload and produce with his opportunities. I believe Charbonnet will be an immediate workhorse and holds fantastic value at the end of the first round of your drafts. – @FF_TJHernandez

Round 1 is in the books. Who was a reach? Who was a value? Let us know what you think. Round 2 will be out later this week. You can find Superflex Mock Draft 1.0 – Round 1 here, and Round 2 here.