There are many questions this offseason down in the Lone Star State. How will this offseason go for America’s Team? @DanT_NFL takes us through a full seven round mock draft for the Dallas Cowboys. 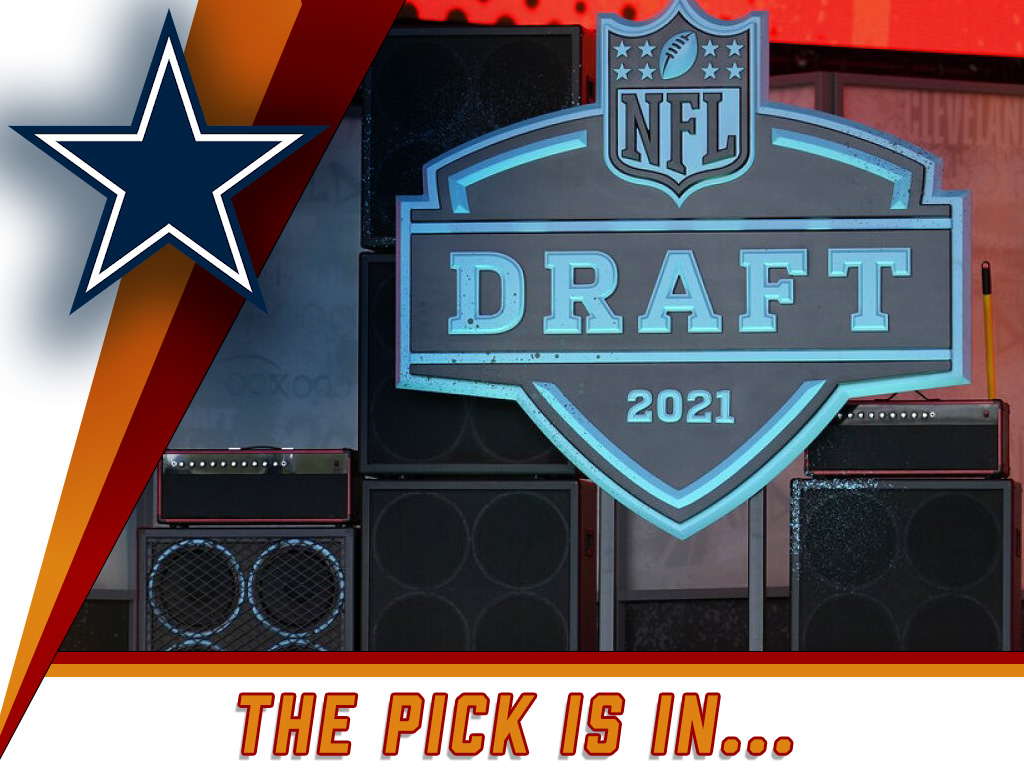 Draft order used in this article reflects the order before NFL Conference Championship weekend. Credit to the mock draft simulation goes to The Draft Network. Team needs are also generated from this site. Compensatory picks have not been assigned and will not be included in this exercise.

The 2022 season ended short of expectation for this Dallas Cowboys team. A 23 – 17 home loss in the Wildcard round was not where they wanted to end up. This offseason brings many questions to answer in Dallas.

The Cowboys have several high-profile free agents hitting the market. To name a few, Keanu Neal, Leighton Vander Esch, Michael Gallup, and Dalton Schultz. This wouldn’t be such a big deal if not for the fact that they are currently about $21 million over the cap. There are some big decisions to be made in the Lone Star State. What can not be re-signed must be filled in the draft. The Cowboys have seven picks to plug those holes. Read on to find out how they can do that.

This pick can go a variety of ways depending on how specific scenarios play out. Entering the 2022 season, the Dallas Cowboys had one of the best wide receiver rooms in the league. Now those claims are coming into question. Michael Gallup suffered a torn ACL that ended his season early, he is now a free agent. Cedrick Wilson, Malik Turner, and Noah Brown are also set to hit the open market. Then there is also the fact that Amari Cooper can be cut or traded for between $16 and $20 million in cap savings. CeeDee Lamb would be the lone receiver of note on this roster if all those scenarios were to play out.

The Cowboys could also go Edge with this pick. Randy Gregory is set to be a free agent this offseason. The other fact is that both Gregory and Demarcus Lawrence will be 30 by the time the 2022 season kicks off. Micah Parsons has emerged as a young superstar, but he is best deployed moving all around the defensive front. The need for a young Edge is very apparent for this Cowboys roster.

With this mock falling the way it did, ideally the Cowboys would trade back a bit. They missed the first tier of Edge players and are right in the middle of a very deep wide receiver tier. You have to imagine that one of the depth piece receivers would return for the 2022 season or that Cooper could be talked into a restructuring.

Regardless of all of that, we simply cannot ignore how great of a player they are getting here at the back end of the first round. Burks measures in at 6’3” and 225 pounds and has all of the markings of a dominant wide receiver. Burks has the athletic ability to be used all over the field. At Arkansas he saw snaps out wide, in the slot, and even lined up in the backfield. He has a bit of Deebo Samuel in him. A player you want to get the ball in his hands and let him make plays for your offense. Despite subpar quarterback play, Burks put up over 1100 yards and 11 touchdowns in his final season. Many of those plays coming on highlight contested-catch situations. He excels at the 50/50 ball and will make a nice compliment to CeeDee Lamb. These two young players could be the future of the Dallas offense for years to come.

For more on Treylon Burks, be sure to check out Matt Cooper’s profile on him.

NOTE FROM EDITOR: THIS WOULD BE UNFAIR TO THE NFL!!!

In the second round the Cowboys are able to address an area of concern for the defense. Arnold Ebiketie is a 6’4” 250 pound red-shirt senior from Penn State. He started his college career at Temple before eventually transferring to seek better competition. This Cowboys defense can use pass rush depth. Ebiketie, in college, was responsible for over 50 pressures himself on just 374 pass-rush snaps.

Ebiketie will take some development time before reaching his full potential at the next level. Don’t be surprised when he is only involved in sub-packages in obvious pass-rushing situations. This will be fine given the current starters on the Cowboys defensive line. He could be a big year two breakout candidate – perfect timing for an aging Edge position in Dallas.

To end Day Two of the draft, the Dallas Cowboys selected Joseph out of Illinois. Kerby is an excellent free safety that will pair nicely with Jayron Kearse to form the backbone of this Cowboys secondary. In coverage, Joseph was targeted only 19 times on 357 coverage snaps. He only allowed nine receptions on those targets and even converted five to interceptions. Coverage is a challenging position to play, but Kerby will bring some stability to the coverage unit in Dallas.

West is a Junior from Arizona State. He has split time between Guard and Center throughout college, but his lack of length will secure his role as a center at the next level. The Cowboys can secure a little depth along their offensive line in the fourth round. Starting Left Guard, Connor Williams is set to hit free agency this offseason. Being tight against the cap, re-signing Williams might not be a priority. Their 2019 third-round selection, Connor McGovern, has played well so far. West could sit for a year and learn. Perhaps he can one day be the Zach Martin replacement.

There is uncertainty around whether or not Dalton Schultz will be returning to the Cowboys in 2022. After quite a breakout season, he may be looking to make more money on the free-agent market. That would leave Blake Jarwin as the starting TE with not much depth behind him. So Dallas brings in Turner in the fifth round.

Turner measures in at 6’6” and 240 pounds. He profiles as an athletic pass-catching tight end and gives offensive coordinators flexibility when running various personnel schemes. Turner shows good hands and can win down the field in vertical routes. He does need work to polish and refine his route running.

For more on Turner, be sure to check out Andrew Harbaugh’s piece.

The Cowboys can add a depth piece to the defensive interior front at the back end of the fifth round. Redmond is a red-shirt senior out of Oklahoma. He led the Sooners in sacks in 2019 with 6.5 but has missed time throughout his college career. 2018 was cut short due to blood clot issues and in 2020 he chose to opt-out of the COVID year. When he returned in 2021 he was able to post similar numbers to 2019, but the rust was evident. This late in the draft, this is an excellent developmental prospect who may one day turn into a rotational piece on the defensive line.

With their seventh and final pick of the 2022 NFL draft, the Dallas Cowboys grab a developmental tackle. Luke Tenuta is a red-shirt junior for the Virginia Tech Hokies who started all three years. In college he was moved between both right and left tackles which will be a plus for his NFL career. Luke measures in at 6’9” and 322 pounds. Hopefully, he measures in with the arm length required for the tackle position at the combine. The plus is that if he doesn’t work out as a tackle, this Cowboys roster can also use depth at the guard position.

This Cowboys roster has all the makings of a playoff team. A fact we saw play out this past season. They just didn’t have the right pieces come together at the right time to make a playoff run. Many questions with this roster have to be answered this offseason. With some aging superstars, money is becoming a real issue. Several veterans need new contracts, and there simply isn’t enough money to go around for everyone. It will be interesting to see how this front office handles this offseason from a roster construction standpoint.

Do We Have Weapons?

Going into the 2021 season, the Dallas Cowboys had one of the best offenses on paper. Now that wasn’t enough to get over the playoff hump, and that offense is in danger of falling apart. As mentioned previously in this article, many pieces need new contracts or can be moved on for some cap savings. If those scenarios were to play out, we would see a massive boom for Lamb and Jarwin. Lamb could be left as the de facto WR1 alongside rookie Burks. He is very high in many industry dynasty rookie wide receiver rankings. With this amount of vacated targets, this landing spot would secure his spot as WR1 in this class. An argument can be made for having him as the rookie 1.01 overall.