This past season had a few surprises for fantasy managers! @IDP_Baumer takes a look at this past season’s surprise top pass rushers! 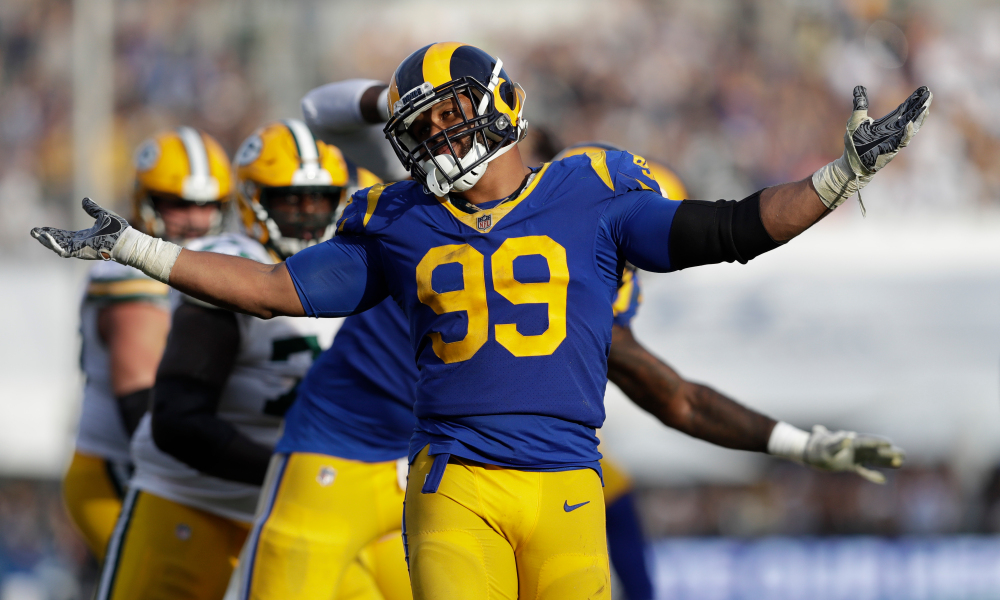 My previous article covered the Preseason Top 10 Defensive Linemen and how they fared this past season. In this article, I’ll cover the pass rushers who were able to outshine their projected rankings. A few veteran players showed us they still had gas in the tank and some who finally broke out. Let’s see if these players are here to stay or if they’re a flash in the pan.

Landry has been on the cusp of greatness for a couple of years. He’s managed over 200 fantasy points in 2019 and 2020 and almost hit 250 last season. He also cracked double-digit sacks for the first time in his career. He just got a huge extension and will look to continue to hold his position as a Top 10 pass rusher.

Josh Allen came into the league in 2019 and had a solid rookie season. His second year was plagued by a shoulder injury that ended his season early. The injury likely caused his ADP to fall outside of the Top 20. Josh returned to form in 2021 and was one of the fantasy bright spots on an otherwise lackluster Jaguars team. The Jaguars focused heavily on defense in the 2022 draft, including top pick Travon Walker. Walker and Allen will be a fearsome duo of pass rushers in 2022. I can see Josh Allen taking another step forward and retaining his Top 10 ranking.

Judon joined New England in the offseason before the 2021 season and immediately made an impact. He eclipsed the double-digit mark in sacks for the first time in his career. He’ll look to keep up this momentum in 2022 and should be expected to be a Top DL again.

Davenport is one of those players who has been frustrating to manage on fantasy teams. He was expected to be a top edge rusher when he entered the league but has failed to meet that expectation. That is, until last season. He was injured early in the season but emerged in Week 9 and ended up with 9 sacks on the season. It’s looking like he’s finally found his stride and will hopefully emerge as a top pass rusher in 2022. He’s rostered on less than 10% of fantasy teams, so he may even be on your waiver wires in your league…

Cam Jordan has been an elite fantasy edge rusher for over a decade now. Entering his 12th season, it’s looking like he might still have the ability to be a valuable producer on your teams. You might want to trade him away to a contender if you’re in a rebuild. He can’t keep this up forever… or can he?

Also entering his 12th year, Quinn made the most out of Khalil Mack’s injury and had the best season of his career since 2013. With Quinn returning, and Mack going to the Chargers, it’s looking like Quinn could provide another solid season for fantasy managers. He would also be an excellent addition to a competing squad and would garner a 2nd/3rd round pick for a team in rebuild mode.

We all know what Parsons did last season with his stellar rookie season. I only include him here because Sleeper has tagged him with the LB/DL hybrid designation. IF that holds up, Parsons immediately jumps to DL2/DL1b right behind T.J. Watt and possibly overtakes him at the top edge rusher. I’m not confident that Parsons keeps that designation because he only played DE in three games last season when Dallas was plagued with injuries on the defensive line. DeMarcus Lawrence is healthy, and they added Dante Fowler from Atlanta and Sam Williams in the second round of the 2022 draft.

Like linebackers, you never know if it’s something long-lasting or just a flash in the pan. I feel pretty confident that the players I said would continue being valuable players on your roster will do so for at least another season. These players are also solid players you can look to move this offseason while their trade value is probably as high as it’s going to be.

In the next installment, we’ll look at some pass rushers who simply disappeared from fantasy relevance in a segment I’ve called “Where are they now?”… Stay Tuned!

Other Articles In This Series