Preseason Week Two is in the books, and @DanT_NFL is here to break down the action. Today we go over five key takeaways from the NFC. 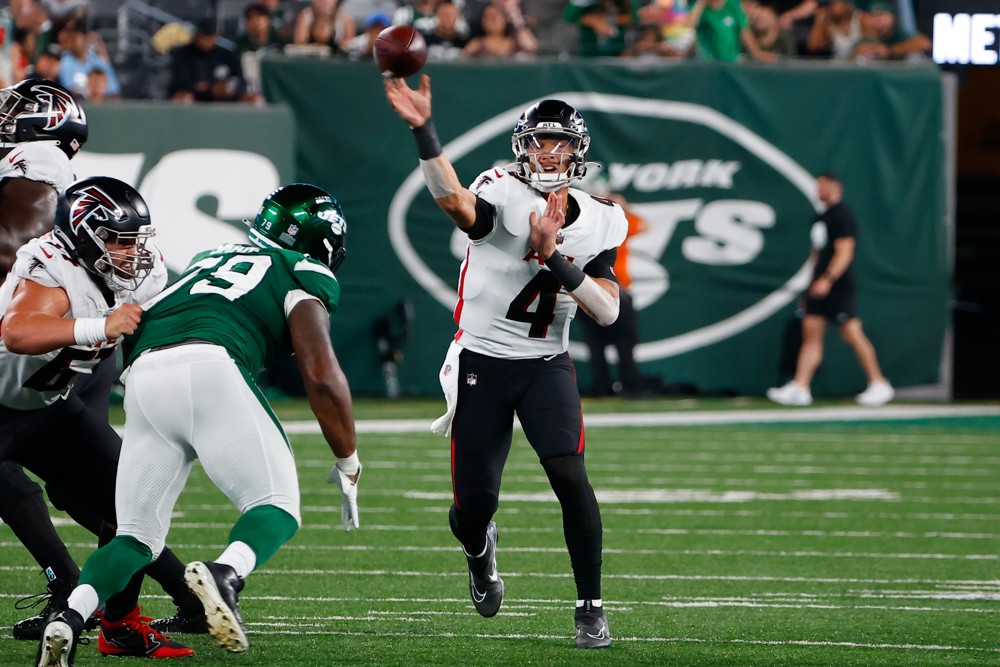 NFL Preseason Week Two is in the books! All 32 clubs across the league were in action the past few days. Even the most dedicated football fan would have difficulty watching every game. Add in the fact that many of our usual starters were sitting, and it becomes near impossible to keep up with all that has happened. Here at DynastyNerds, we have you covered! Here are the five key takeaways from the NFC after just one week of NFL preseason action.

Perhaps we are sleeping on this Falcons offense? Desmond Ridder and Marcus Mariota have looked great in the preseason. The main concern for Mariota is how tough the Atlanta schedule is to open. They face the Rams, Bucs, Bengals, Saints, and 49ers. With a rough start, the coaching staff may get the rookie on the field to see what he can do.

Alexander Mattison has long been viewed as a priority handcuff in fantasy leagues as he served as the direct backup behind often injured Dalvin Cook. Mattison is entering a contract year, and the Vikings have little reason to re-sign him. Enter fifth-round pick Ty Chandler, who has looked excellent through two preseason games. Chandler spent four years at Tennessee before transferring to North Carolina for his red-shirt senior year. He filled the void left by Javonte Williams and Michael Carter to the tune of 1,300 scrimmage yards and 14 total touchdowns. With Cook signed through 2025, Chandler is ready to take over the backup role in Minnesota.

Jordan Mason A Name To Watch

Through two weeks of preseason, there is only one player atop the standings of PFF’s rushing grades. That man would be San Francisco 49er Jordan Mason. San Francisco signed the Georgia Tech running back as an undrafted free agent just days after the 2022 NFL draft. He amassed over 2,500 scrimmage yards and 18 total touchdowns through four years in college. He is top-15 in the league in both yards after contact per attempt and elusive rating. With six running backs on the roster, Mason is making a solid case for the final 53.

Dynasty managers with Seattle Seahawks on their rosters should be concerned through two weeks of preseason play. The team has not looked outstanding at all. The defense ranks bottom three in the league in multiple categories. Running back Kenneth Walker is dealing with a mysterious hernia injury. There is one key takeaway; this team will be the garbage time kings. DK Metcalf is set up for some tremendous fourth-quarter production this season. However, his ceiling will be capped with how anemic this franchise is right now.

Before their Week Two Preseason matchup with the New England Patriots, the Carolina Panthers announced that Baker Mayfield would be the Week One starter. It did not take long for the former number one overall pick to beat Sam Darnold for the starting job. This sets up quite the popcorn moment as Mayfield will take on his former team, the Cleveland Browns. Mayfield has had an up and down career through four years and would be best viewed as a serviceable bye-week fill-in as a QB3 on a Superflex squad.

NFL Preseason Week Two has concluded. The regular season is almost here! The next few weeks will fly by, and before you know it, we will preview Bills vs. Rams for Week One Thursday Night Football. Dynasty managers must stay updated with all the news and notes emerging in the next few weeks. This month will be your final chance to scoop some of these critical players off waivers as you strive to push for a fantasy football championship in 2022. There is no shortage of content coming your way. Stay locked in with everything occurring by checking Dynasty Nerds daily.