The Clyde Effect: How Landing Spot Can Blind Fantasy Owners

We are all excited to see what teams draft our favorite rookies in the NFL draft, but history shows us that we sometimes overvalue landing spot. How much should we be valuing where a player is drafted and what their draft capital is? 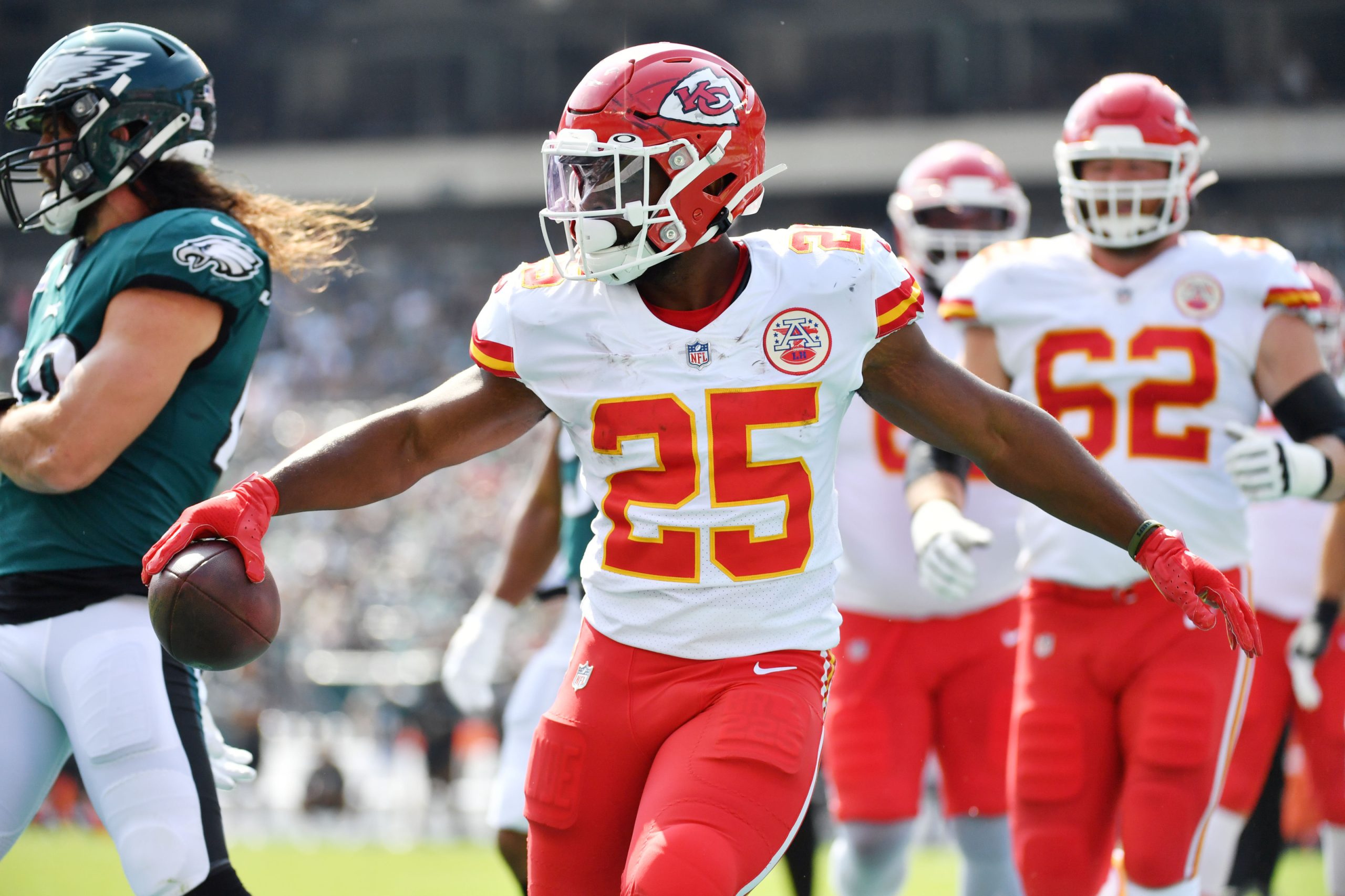 As the calendar turns to April, we are under a month away from the NFL draft. And as always, the fever around rookies is getting hotter and hotter this time of year.

Whether looking at game film, college stats, or combine numbers, each of us has our favorites and the guys we think will bust. But two of the biggest aspects of these players are still to be determined: where they are drafted and what team they will join.

Every year, we mock draft ad nauseum. We are football fans. We want to continue having fun with fantasy, even in the offseason. But what always amazes me is how drastically the mock drafts start to shift after the NFL draft.

Let me be the first and hopefully not the last to remind you of this: draft capital is just a part of the equation. The team a player goes to isn’t the defining factor of who they are as a player. And history shows us that our early analysis is sometimes better than how the NFL draft shifts us.

It’s February 3, 2020. Patrick Mahomes just won the Super Bowl last night. Joe Burrow is the reigning National Champion QB and presumed 1.01 in the upcoming draft. We keep hearing about some virus on the news that could come to the US soon.

That same day, Dynasty Nerds published the first of a three-part series called An Early 2020 Rookie Mock Draft. The Nerd crew discusses who they would take currently at each pick in the first round. One notable name is missing in this first part: Clyde Edwards-Helaire.

The second part is released four days later. Right at the top of the second round, Edwards-Helaire is picked. In this mock, he is the fifth running back taken off the board, with D’Andre Swift, Cam Akers, Jonathan Taylor, and J.K. Dobbins going picks 1.04 through 1.07.

In these mocks, Edwards-Helaire is selected as RB4 at 1.11 in the Superflex mock and RB5 at 1.08 in the 1QB draft. Cam Akers is the only back to go after Edwards-Helaire in these three mocks, and it happens only once.

Fast-forward to April 23, 2020. We are all quarantined in our homes and watching the oddest first round of a draft we have ever seen. Players are in their homes, team coaches and GMs draft from their basements, and Roger Goodell reads draft picks while sitting on a chair in his home library/lounge.

As the night nears its end, the Super Bowl Champion Kansas City Chiefs come up on the clock with the last pick of the first round. And even with an impressive late-season run from “Playoff Damien” Williams, they select LSU RB Edwards-Helaire to end the night.

And the fantasy world explodes.

Suddenly, Edwards-Helaire, often mocked as the fourth or fifth running back in rookie drafts, is going to the most potent offense in the NFL. He is the first running back taken in the draft. Kansas City, the team that scouted and traded up to get Patrick Mahomes, has circled CEH as the best back for them and their newest weapon.

Within hours, Edwards-Helaire is projected in the top four in every rookie draft, 1QB, and Superflex. Fantasy Football Calculator shows us now that CEH was the top rookie in 2020 1QB rookie drafts by a significant margin:

Mizelle has an ADP tool that charts ADP monthly for startup fantasy drafts. Using this tool, I was able to go back and see this shift that happened the moment CEH became a Chief.

What happened between April and May? What happened in all of the early mock drafts where we took CEH as the fourth or fifth back? Why did Edwards-Helaire suddenly have top 5 value to owners six months after being in the pick 60 range?

Simple: he was drafted by the Chiefs as the top RB in the 2020 draft.

This offseason has been one of the wildest in NFL history. Big free agency signings are usually the name of the game in March for the NFL. This year has been the year of the mega-trades.

Two of the biggest involve two of the best offenses in the NFL. The Green Bay Packers moved Davante Adams to the Las Vegas Raiders, and the Kansas City Chiefs moved Tyreek Hill to the Miami Dolphins.

Naturally, everyone is curious to see what happens with the Chiefs and Packers picks in the 2022 NFL draft, namely, what receivers either franchise will take. It is certainly possible they will come out with a huge name.

It is also possible that neither team takes one of the first WRs in the draft. Picking late in the first round, the Packers and Chiefs likely won’t even have a shot at one of the top three or four receivers without trading up in the draft.

As we sit here today, names like Treylon Burks, Drake London, and Garrett Wilson are in the clear-cut top tier of rookie WRs with Chris Olave and Jameson Williams following up as the top of a big second tier of receivers.

But it is important to remember why we have started to rank these receivers where they are now. We believe in their tape. We believe in their college stats. Their profiles are what we look for in rookie drafts. For instance, if the Green Bay Packers draft George Pickens, should he become the WR1 of this draft? If the Chiefs select Skyy Moore, are you willing to take him over Burks, London, or Wilson?

My suggestion is to stick to your guns. Draft capital and landing spot matters. But it is not more important than every other factor that has led you to your current player rankings.

The 2020 NFL and rookie drafts give us a crucial lesson. The landing spot has importance, but overvaluing the landing spot can end in overhyping now and disappointment later.

Names like Mecole Hardman, Van Jefferson, Ke’Shawn Vaughn, and Anthony McFarland are players that saw a significant boost in their ADP after the NFL draft. And what do they all have in common? They were drafted by a good offense with decent draft capital, and they were more unknown prospects before the NFL draft.

This entire piece does not tell you to ignore landing spot and draft capital. Both are extremely important factors. Where a guy gets selected in the draft is our only real way of seeing how NFL teams value these prospects. And supporting cast is very important to player success in the NFL. Would Ja’Marr Chase have had the same rookie year without Joe Burrow as his QB? Doubtful.

But you need to remember that landing spot and capital are just a piece of the pie. And honestly, it should be a smaller piece. Great players will succeed no matter where they go, and the NFL is constantly shifting. Two years ago, the Bengals won two games. Two years later, they were in the Super Bowl.

Drafting rookies can be a science. It can also be throwing darts with a blindfold on. All we can do is make the best decision based on all our information. When you are up to making that decision, don’t be April fooled. Take every aspect of a player’s profile into account when making your decisions.