Are there gems to be mined in the 2022 tight end class? @MandrewNFL is here with his top 5 tight ends as we head into the NFL Combine. 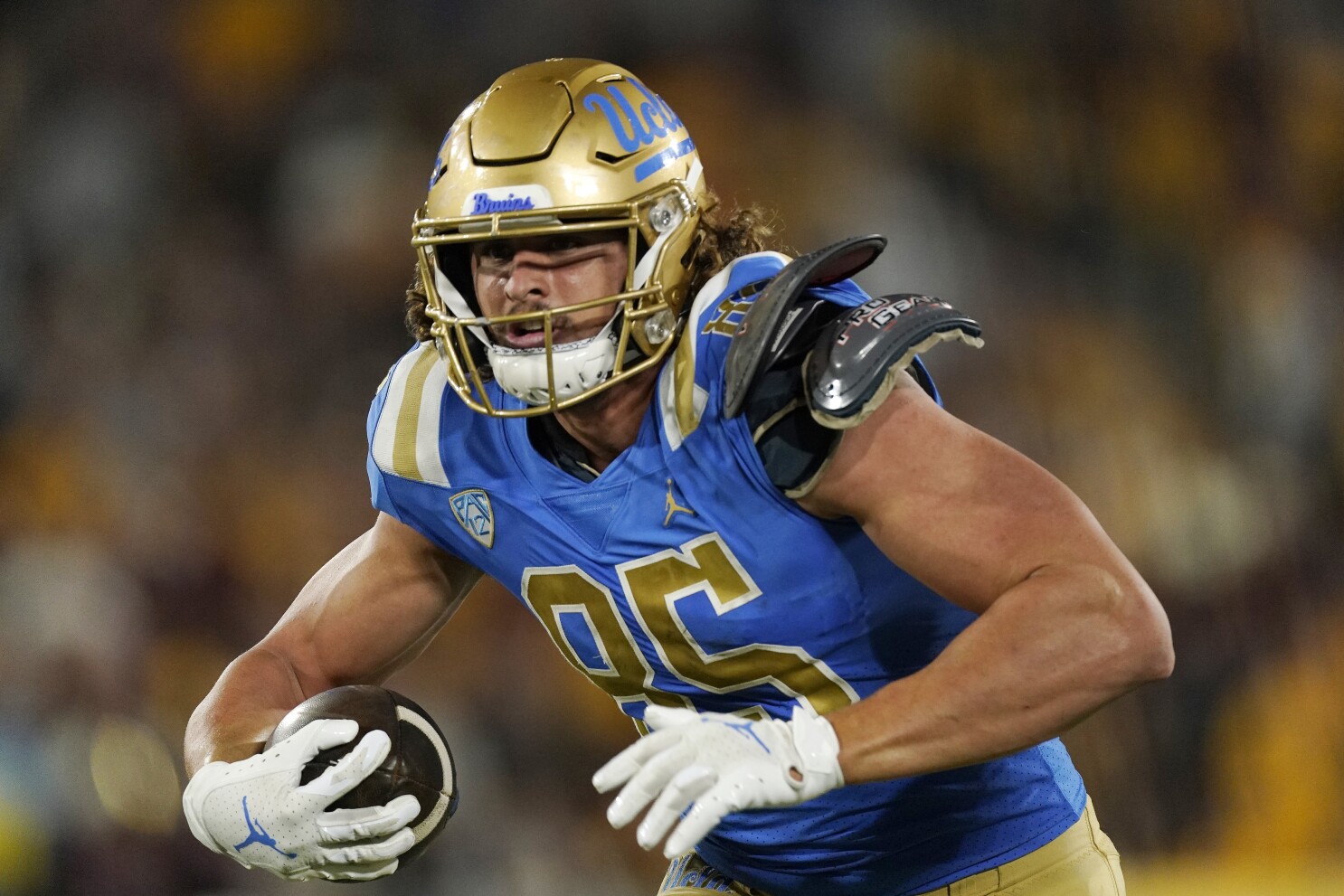 It is that time of year again, folks where the NFL converges upon the great city of Indianapolis, Indiana, as they conduct the single greatest evaluation of talent all year, the NFL Scouting Combine.

For tight ends, the combine as a whole can be a bit odd. Much like the 40-yard dash as a whole, it can really only hurt guys at times rather than help them. This tight end class, though, is full of depth at the position, so this may actually thin the herd in the middle and create a better idea of what tiers make up this class.

Until that happens, the top of this class, as I see it, is led by one great talent that cemented himself as TE1 at the Senior Bowl.

While he isn’t in the class that Kyle Pitts was last year, McBride is a real nice consolation prize on the tight end prospects front. The Mackey Award winner possesses a big frame with decent athletic traits to go with it, so testing could do him a ton of good. Regardless of testing, he is a throwback style of a complete tight end with the blocking and receiving ability that would thrive in today’s game.

This may be high for some on Coastal Carolina’s Isaiah Likely. Playing the tight end position shouldn’t look so easy for a guy with his size and build. His blocking needs some work, but the size has us overlooking that because coaching should fix it. Rather, it’s what he does after the catch that excites many. He reminds me of Jermichael Finley with his style of play, where he can stretch the field vertically. In the right offense, he could be a lot of fun sooner rather than later.

The one-time leader among tight-end prospects, the stock on Wydermyer has cooled significantly. His 2021 film showed some more of his flaws, such as his stiffness when running routes or his lack of burst when turning upfield or making a move. While he has some great 2020 film, testing well this week could go a long way.

One of the big winners from the Senior Bowl in this group, Ruckert, was forced out after two days of practice due to injury, but he did what he could with the time he had. Ruckert demonstrated the ability to make contested catches and find holes in the defense. He was even able to turn upfield fluidly to make the most of every catch. Testing this week is still up in the air with the existing injury from the Senior Bowl, so he may not move up at all, but he is without a top-five tight end in this class regardless.

Rounding out the top five is the fast-rising Bruin tight end Greg Dulcich. He is uber-athletic, fast with or without the ball in his hands, and is reliable enough of a blocker at this point that in the right offense, he could be the top tight end. Testing could be massive for him among draft media, but Daniel Jeremiah today got ahead of the curve and made him his top player among tight end prospects and a top fifty overall player.

Dynasty Buys for Contenders
Reading Between the Lines of Media Day at the NFL Combine
Training Camp Sale!