Our Fantasy Focus series kicks off, covering 32 teams in 32 days! @DanT_NFL is here with our first installment covering the Jacksonville Jaguars. 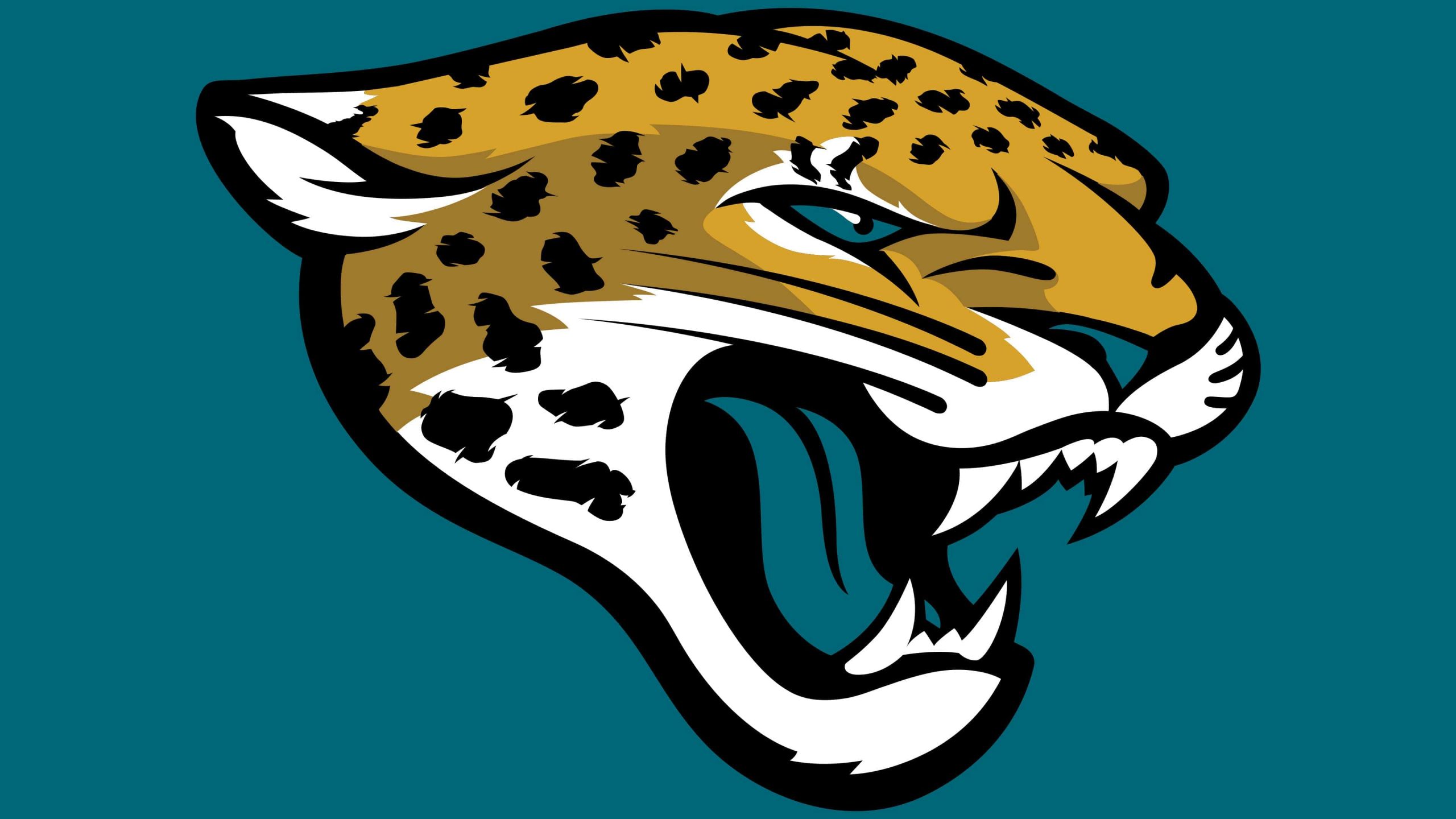 Football is right around the corner, so our fantasy season will kick off before you know it. It’s the time when fantasy magazines begin appearing in bodegas, and NFL Network begins airing fantasy football content. This is the beginning of the casual season, as some call it, but for us dynasty diehards, this is just the culmination of offseason work. The Jacksonville Jaguars are our first topic to cover. Welcome to the 2022 NFL season!

We kick off our fantasy forecast series with the team selecting at the top of the NFL draft in back-to-back seasons. It has been a long drop from the 2017 AFC Championship game and that vaunted “Sacksonville” defense, but yet again; the Jaguars are one of the bottom rosters in the league. There is hope, however, with a young and promising quarterback in Trevor Lawrence and a former Super Bowl Champion coach in Doug Pederson. The best part of the 2022 Jaguars? Urban Meyer is no longer in charge. So let us break down this Jacksonville team and try to extract some dynasty value.

Most of the questions regarding this Jacksonville Jaguars roster begin and end with Trevor Lawrence. The fantasy community was excited about what the best quarterback prospect since Andrew Luck will look like on the field. Unfortunately, Trevor did not meet expectations. Lawrence finished the 2021 campaign with 359 completions on 602 attempts, 59.6%. Trevor’s rookie campaign has many critics questioning the pre-draft scouting process.

All hope is not lost, however. Peyton Manning began his career with 28 interceptions, and we all know how that career turned out. Andrew Luck tallied 18 interceptions in his rookie year. Both players bounced back to reclaim the “eliteness” of their pre-draft profiles. There is plenty of time for Lawrence to turn it around. The departure of Urban Meyer is bound to help as his coaching stint last season was a disaster.

We must look beyond 2022 for our rosters. According to Underdog 2022 seasonal best ball ADP, he is being drafted as QB18. Can you use this dip to buy Trevor Lawrence? Let us look at the DynastyGM trade browser to see some recent Trevor Lawrence trades.

The first trade easily falls in Lawrence’s favor. Justin Fields is a quarterback with just as many, if not more, questions than Trevor. The fact that you get a 2023 first on top is just icing on the cake. The second trade we have found is also easily in favor of Trevor Lawrence. He has a much better chance of producing as a QB1 this year than Baker Mayfield, and Russel Gage and a 2023 2nd are not enough to sway me off of Lawrence.

Running back might be the most intriguing position on this Jacksonville Jaguars roster. You have two running backs coming off of injuries from last season. Travis Etienne suffered a foot injury that required surgery last preseason, and James Robinson suffered an Achilles tear in Week 16 of the 2021 season. The timetable for Etienne to return is much sooner than Robinson’s. However, early training camp reports have James Robinson practicing in full. The last name of note in this backfield is Snoop Conner. He is a fifth-round pick from this year’s draft and will undoubtedly play into the game plan for this offense.

Breaking down the touch distribution for the 2022 season will be tricky. Etienne is a former first-rounder who has yet to see a regular-season snap. James Robinson is a former undrafted free agent produced in previous years. The early nod would seem to go to Etienne; he has the draft capital tied to him and played with Trevor Lawrence in college. However, with a brand new coaching staff, that draft capital might not mean as much. Robinson may be ready sooner than we think as well. In the past, Achilles’ tears have taken around nine months to recover. The most recent example is Rams’ running back, Cam Akers, who was able to return after just five and a half months. Modern medicine is changing the way we must look at injury recovery.

If you look at Doug Pederson’s history with the running back position, he utilizes a primary ball carrier with various breather backs sprinkled in during most seasons. Minus the Jordan Howard/Miles Sanders season in 2019, we see the primary back getting roughly half of the team’s carries, with various other backs splitting the remaining workload. This trend could mean that Travis Etienne is in for a decent workload this year. Etienne is easily the most talented running back that Pederson has had since his early years in Kansas City, where he had Jamaal Charles.

Is there value to be had? Travis Etienne is currently going as RB16 according to Underdog best ball ADP. That could be where he realistically finishes this season. There are many questions surrounding the amount of work he will see and how potent this Jacksonville offense will be this year. In the DynastyGM trade browser, there are a variety of trade evaluations on Etienne right now, and it may be worth reaching out to league mates before the season starts to see if any value can be gained.

The Jacksonville Jaguars spent a lot of money placing weapons around Trevor Lawrence this offseason. Unfortunately, a large sum of that went to a wide receiver who hasn’t had a 1,000-yard season in his four-year career. They also broke the wide receiver market, causing a ripple effect of trades across the league. But we can write an entire separate article on the Christian Kirk contract.

Alongside Kirk, Jaguars receivers include Marvin Jones (2012, 5th round), Jamal Agnew (2017, 5th round), Zay Jones (2017, 2nd round), Laviska Shenault (2020 2nd round), and Laquon Treadwell (2016, 1st round). With this many “depth-piece” wide receivers, there is some dynasty value to be extracted from this Jacksonville roster. The problem will be finding just the right guy that will produce enough to be worthy of starting on your fantasy football squad. If we follow the money, that man will be Christian Kirk, whose value is low.

Christian Kirk currently has an Underdog best ball ADP of WR41. That is behind number two options like Devonta Smith, Adam Thielen, and Hunter Renfrow. Kirk is a dynamic weapon, and early reports out of training camp have him deployed all over the field. The storyline of him being overpaid is getting a little overblown, and there is value to be had at current ADP. If your league mates value Kirk at that same ADP, he would be a great addition to your dynasty squad as a third option at receiver. If a 2023 2nd can get it done, make that move all day.

Zay Jones, Marvin Jones, and Laviska Shenault are all exciting players that can be had for bargain bin-type prices. A quick search of our Dynasty GM trade browser returns most of these players for around a third-round rookie pick. Christian Kirk can’t receive every target from Trevor Lawrence. In addition to any injury possibility, that fact means one of these players would be stepping up to the top guy role. Marvin Jones and Zay Jones were the two brought in with the new coaching staff, and I would put my money on one of them producing this year in the case of a Christian Kirk injury.

This offseason, the Jacksonville Jaguars signed former first-round tight-end Evan Engram. Engram has had a subpar beginning of his career with the New York Giants but is looking to turn things around. Luckily for him, new head coach Doug Pederson loves the tight-end position. The below chart outlines tight-end production under Pederson, both during his time in Kansas City as the offensive coordinator and as a head coach with the Philadelphia Eagles. As we can see, since 2014, tight-ends have averaged over a 31% target share in a Pederson offense.

The tight-end room behind Engram is suffering from a lack of talent. Dan Arnold is the only tight-end of note that has any past fantasy production. Engram has suffered from a case of the drops throughout his entire career. According to PFF, Engram has finished bottom five in the league in drop percentage over the past two seasons. However, there is value to be had. He is currently going as TE22 according to Underdog best ball ADP. It doesn’t get much cheaper than that for a tight-end that could see upwards of 100 targets in a Trevor Lawrence-led offense. Before the season begins, send out a couple of offers of some third-round rookie picks to add Engram to your squad. Dan Arnold would be a good add for a bench spot if Engram were to go down with an injury that would leave Arnold as the pass-catching tight-end on this offense.

Much of the narrative surrounding the Jacksonville Jaguars has not been positive this offseason. From an elite prospect being a bust to overpaying the wrong receiver to an injury-riddled running back room. There is a reason that this team has finished dead last in back-to-back seasons. However, there is hope for the future. They have brought in a former Super Bowl winner as head coach and are getting many players back from injury. This Jaguars team will be better than last year, and we can utilize many of the pieces in this offense in our fantasy football starting lineups.

If your league mates also value the Jacksonville Jaguars low, that presents an opportunity to add some cheap pieces to your dynasty team. Trevor Lawrence, Travis Etienne, and Evan Engram have been some of the better buys this summer, especially in Superflex and Tight-End Premium formats. I would expect all three to finish top twelve at their respective positions. All three can be acquired for less than top twelve prices. Do yourself a favor and make these moves now, as Week One is less than a month away!

The NFL season is just around the corner! Want exclusive access to my rankings and those of over twenty fellow analysts? Subscribe to the #NerdHerd, where you get exclusive content, dynasty/rookie rankings, and DynastyGM! If you want 15% off  ANY SUBSCRIPTION, USE PROMO CODE ‘‘LUNA” or CLICK HERE.

Fresh off a mega-deal, can Christian Kirk live up to the hype?
Will Justin Herbert Finish as the QB1 of 2022?
Black Friday Sale