Preseason Week Two is in the books, and @DanT_NFL is here to break down the action. Today we go over five key takeaways from the AFC. 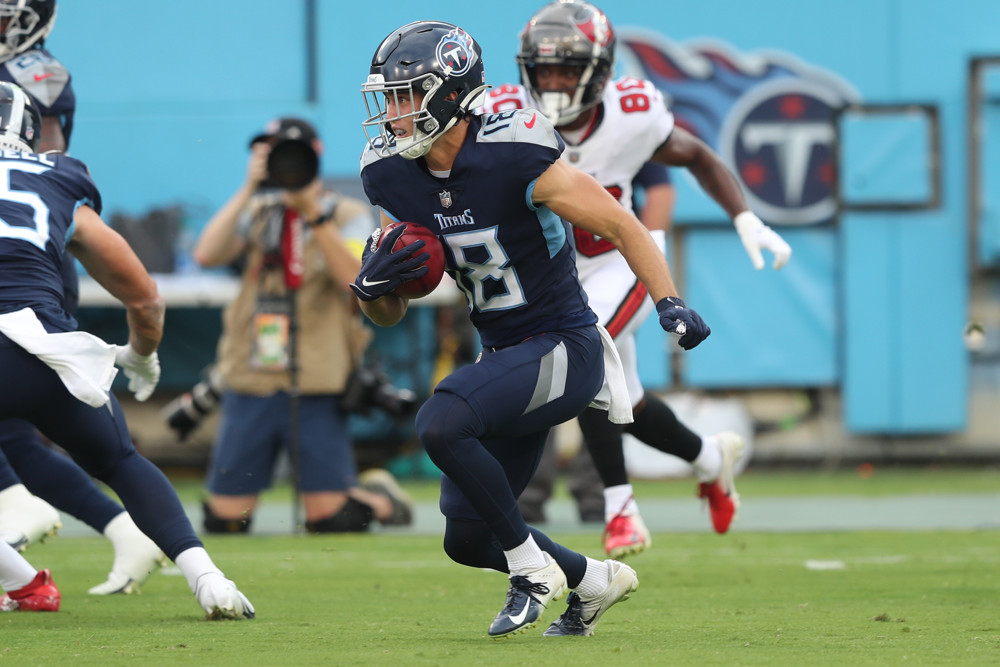 NFL Preseason Week Two is in the books! All 32 clubs across the league were in action the past few days. Even the most dedicated football fan would have difficulty watching every game. Add in the fact that many of our usual starters were sitting, and it becomes near impossible to keep up with all that has happened. Here at Dynasty Nerds, we have you covered! Here are the five key takeaways from the AFC after just one week of NFL preseason action.

A rookie wide receiver is impressing people in Tennessee, and his name isn’t Treylon Burks. Kyle Phillips has been turning heads since day one of OTAs and hasn’t slowed down. Most recently, he was selected as one of two “best players” on offense, showing how highly the coaching staff considers him. He has taken most of his preseason snaps in the slot, and we can see him on the field in three wide-receiver sets this season. Check your waiver wires, as he may still be available for free.

As much praise is given to Phillips, there is an equal concern for first-round pick Burks. During the 2022 NFL draft, the Titans traded AJ Brown to the Eagles for the pick they used to select Burks. So from a fan’s perspective, expectations are sky high for Burks. It has been a rocky road ever since the spring. According to PFF, he is grading amongst the bottom of the rookie class and, in the most recent game, was taking snaps in the fourth quarter. That is the fourth quarter of a preseason game when you usually see the third and fourth-string players on the field.

The loudest hype train in dynasty fantasy football has to be for Kansas City Chiefs running back Isiah Pacheco. Pacheco has been impressing everyone from fans to coaches to even Patrick Mahomes. And least we do not forget, Mahomes was the one who hand-picked Clyde Edwards-Helaire with the 32nd overall pick in the 2020 NFL draft. Pacheco was a seventh-round draft pick from Rutgers who played all four years for the Scarlet Knights. The draft community largely overlooked him due to his lack of production playing for an inferior Rutgers team.

Isaiah Likely is a highly productive tight end from Coastal Carolina who was selected in the fourth round of the 2022 NFL draft by the Baltimore Ravens. The Ravens notably have Mark Andrews as their starting tight-end, so at best, Likely serves as the second tight end in personnel packages that require two. Through two preseason games, PFF has Likely graded as the best receiving tight end in the league. That praise cannot be ignored, especially in tight-end premium leagues.

After almost taking a running back in the first round, it was the second round when Buffalo added one. The brother of Viking Dalvin Cook, Cook attended school at the University of Georgia, which has produced a ton of NFL talent, including Nick Chubb, Todd Gurley, and Sony Michel. Cook will be best utilized in pass-catching, which is a position Buffalo attempted to fill with the signing of J.D. McKissic over the winter. When that deal fell through, the plans for McKissic transferred to Cook. He will be an exciting rookie to watch this season.

NFL Preseason Week Two has concluded. The regular season is almost here! The next weeks will fly by, and before you know it, we will preview Week One Thursday Night Football. Dynasty managers must stay updated with all the news and notes emerging in the next few weeks. This month will be your final chance to scoop these players off waivers as you push for a fantasy football championship. There is no shortage of content coming your way. Stay locked in with everything occurring by checking Dynasty Nerds daily.