The 2022 NFL draft class is jam-packed with talented WR prospects. @JoeBeldner takes a unique approach in evaluating the potential of Drake London, Garrett Wilson, and Treylon Burks and their Pokémon counterparts. 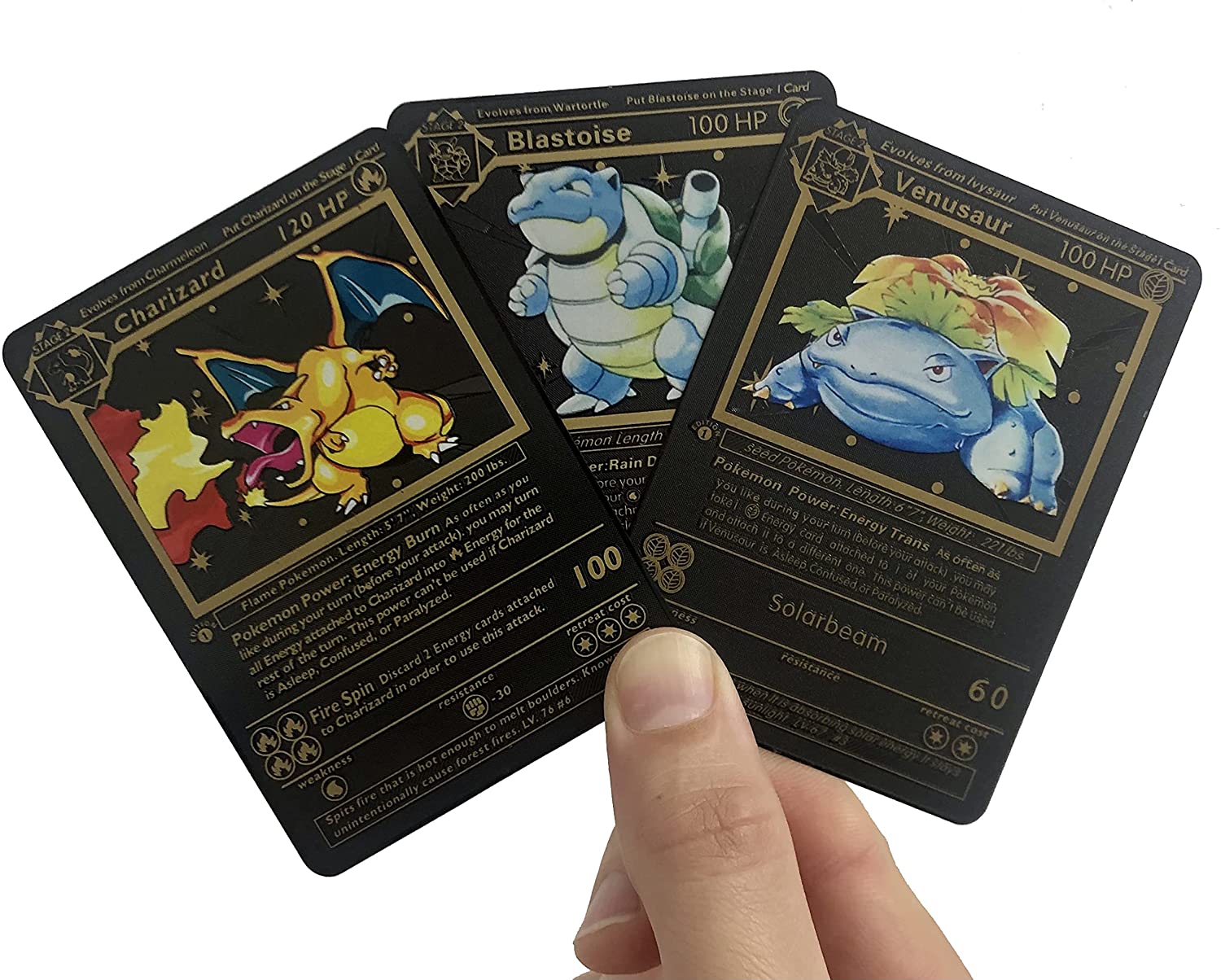 Several hopeful teams are poised to make a splash with their selections in the 2022 NFL Draft. This past year we witnessed the Cincinnati Bengals transform into an offensive juggernaut. Although many factors went into this resurgence, the addition of Ja’Marr Chase pushed this team over the edge. Adding a sparkly, new WR can make a significant difference for a young quarterback and budding offense. Although this year’s draft class lacks star quarterbacks, there are a plethora of pass-catchers oozing with potential.

Drake London, Garrett Wilson, and Treylon Burks can be the first receivers selected in this year’s draft. Distinguishing which of the three to select can ultimately be decided by system-fit and personal preference. Not to get too nerdy, but when you first played Pokémon for Nintendo Game Boy, an absolutely crucial decision was introduced at the beginning of the game. You had to take your pick of a young Bulbasaur, Charmander, or Squirtle to train. Although you may have just gone with the one who looked the coolest at the time, some key factors and distinctions could have helped aid the decision. All three Pokémon had unique attributes, characteristics, and potential to evolve. By comparing and contrasting these WRs to their Pokémon counterparts, we can better identify which one is the best fit for your teams.

If there were a WR in this year’s draft class ready to spit fire and fly through the air, Drake London would be it. Stretching the field at 6’4” in his cardinal and gold USC uniform, London already resembles Charizard (full evolution of Charmander). Teams interested in adding the services of Drake London have their eyes set on hitting the lottery and are not afraid to play with fire. He arguably possesses the most potential of the three WRs and comes with the most risk.

At a bare minimum, you are getting a contested-catch specialist in the young WR. He was a phenomenal high school basketball player and even played a few games at USC. He translates his talents on the court to the field with ease. London had 88 catches in only eight games for 1,084 yards and seven touchdowns. He uses his sky-scraping height and unearthly athleticism to overpower his defenders on 50-50 balls. This athletic form of dominance reminds me of a prime Blake Griffin in the way he catches any ball that is lobbed up to him.

He additionally may have helped his draft stock by not performing in the combine. He skipped all drills to continue to fully heal from a fractured ankle suffered last season. Rather than combine stats, we have videos of London pulling off 540 slam dunks. Everything we have seen from Drake London resembles a freak athlete. Luckily, we also have some ridiculous highlights on the field to review, like the one below.

The freakish athleticism that London displays in this play cannot be taught. First, he showcases tremendous speed, darting towards the end zone. He then stops on a dime to launch himself into the air like a corkscrew attached to a Pogo-stick. Finally, he high-points the ball flawlessly, flaunting his spectacular body control and hands. This is the closest thing you can do to posterizing a defender on the football field.

Wide receivers come in all shapes and sizes. Although London’s height provides unique advantages for him on contested catches, it also comes with some disadvantages. Even a fire-spitting Pokémon has an Achilles heel to water. At his size, London has difficulty creating separation off of the line. He also lacks the polished route-running ability of some of the top WRs in this year’s draft class.

With an obvious advantage in athleticism and size in almost any competition, one would think that London would do most of his damage lining up from the outside. It is a tad concerning that he lined up almost exclusively out of the slot at the collegiate level. With a lack of breakaway speed, London will need to improve his route tree. He is not the type of player who will beat his defenders in a foot race. If London can dominate from the outside at the NFL level, his potential is limitless.

Garrett Wilson does not possess the height of Drake London or the muscular build of Treylon Burks. At 6’0” and 183 lbs, there is nothing too physically intimidating about Wilson. Other than his size, a major distinction between Garrett and his peers is that he does close to everything on the football field at an elite level. He improved every season he played at OSU. Wilson had 70 catches for 1058 receiving yards and 12 touchdowns in his final collegiate season. The similarities between Wilson and Bulbasaur are honestly uncanny. Those who choose to play with Bulbasaur seek a visually-boring Pokémon that is balanced and lacks a true weakness. Although Bulbasaur is less threatening than the other two options, there is more than meets the eye. This is the exact type of prospect that Garrett Wilson is.

Wilson is the best separator and route-runner in this year’s draft class. He has excellent body control and smooth quickness in his routes. Once the ball is in his hands, he is elusive, controlled, and effortlessly makes defenders miss. No player in this year’s class is as masterful before the catch, at the catch, and after the catch. Wilson is the complete package and comes with the least amount of risk due to this.

He also may have elevated his draft stock even more at the combine. He ran a very impressive 4.38 40 time. Other than flaunting his elite speed, Wilson excelled in all of the drills and met all expectations in measurements. Whichever team gets the privilege to select Garrett Wilson in this year’s draft is getting a complete WR with an NFL-ready skill set.

It’s a bird! It’s a plane! It’s Garrett Wilson! Although he is not as physically dominant as London or Burks, Wilson plays much bigger than his size. It is “above the rim” type catches like this one that makes me think that Wilson is more than capable of overpowering defenders at the NFL level. Heart over height all day, every day.

That is a “Madden-esque” hesitation move right there. He ultimately left his defender in the dust before gliding through the air for the catch. Resembling an Allen Iverson crossover, it truly does not get smoother than plays like this. He finishes it off with incredible focus and body control to stay in bounds—an absolute work of art by #5.

Although he has excellent run-after-the-catch ability and route polish, Wilson is not a prospect without weaknesses. As stated prior, his physical attributes might be his biggest limitation. His slim build sometimes limits him as a blocker. He is also vulnerable to getting bullied by defenders in press coverage. You are not getting a prospect who will set a record in the weight room. As long as that is not what you seek in a WR, Wilson does close to everything else at an elite level on the football field.

Wilson is a very smooth runner but sometimes has trouble beating defenders to the ball. Luckily, he creates more than enough separation with his elusiveness, foot speed, and balance to compensate for this. Hopefully, Garrett is not a plant-based beast like Bulbasaur. If he can add a bit more muscle this offseason, his areas of improvement will become obsolete. He has the best floor of the three WRs, but it has yet to be seen if he can overcome his physical limitations at the next level.

Every now and then, a prospect makes all of the other WRs in his class look physically inferior. Treylon Burks is a man amongst boys in almost any room. At 6’2” and 225 lbs, Burks looks like he was built in a lab. He has extensive shoulders that resemble Blastoise (full evolution of Squirtle). If you remember the famous post-workout photo of A.J. Brown and DK. Metcalf, Treylon would have fit in perfectly right between them. He also has to wear custom-made 4XL sized gloves, which help him have some of the best hands in the class.

To complement his physical gifts, Burks is an extraordinarily talented and skilled football player. He had 1,104 yards and 11 touchdowns last year for Arkansas while displaying extreme versatility. He can line up all over the field and is incredibly dangerous after the catch, similar to Deebo Samuel. His combination of speed, size, and athleticism, make it nearly impossible to tackle him after first contact.

A man this big should not be able to move this fast. His ability to rack up yards after the catch is a sight to be seen. Burks will be lethal off of screen passes and jet sweeps at his size and speed. He is about to add a few pages to a lucky offensive coordinator’s playbook next season.

Treylon shows amazing body control in coming back to the ball. He then uses his bear-like mitts to bring in the ball before exploding towards the end zone. He left five defenders helpless, failing to chase him down before reaching the pay dirt.

Although it is difficult not to fall in love with his tape, Burks is not a prospect without some flaws. For a player with hands as large as his, he has a few careless drops. This could result from complacency or lack of focus rather than pass-catching technique. It will be essential for Burks to keep his head in the game to avoid further struggles in this area.

Treylon could also improve his route-running versatility. Although he can line up almost anywhere on the field, he does not run as sophisticated routes as some of his peers. This is a similar weakness to what many were concerned with for DK. Metcalf. Luckily, both players have more than enough size and athleticism to compensate for this minor area of critique.

Treylon was additionally a bit of a disappointment at the combine. His 4.55 40 time is very respectable for a man of his size. His vertical jump, broad jump, and three-cone drill left more to be desired. Although many are lowering their expectations for Burks after these shortcomings, I am not discouraged. His tape shows how explosive an athlete he is, and he has unteachable size and power. A solid pro day would do wonders in proving his doubters wrong.

The 2022 NFL draft class is loaded with an abundance of WR potential. Of this sea of talent, Drake London, Garrett Wilson, and Treylon Burks have separated as the “Big Three” of the pack. Although all three possess tremendous potential, each prospect is unique with what they bring to the table. London and Burks might possess the most potential to evolve because of their physical gifts. In contrast, Wilson already has the most versatile skill set of the group but might be hindered due to his smaller frame at the NFL level.

All three WRs have the talent to reach their full potential, but we have seen many promising prospects fail to succeed at the next level. Regardless of team fit, I expect London, Wilson, and Burks to hear their names selected on the first day of the NFL draft. It will ultimately be up to them how far they can evolve into reaching their full potential.