@DanT_NFL continues our 32 teams in 32 days with coverage on the Atlanta Falcons.
#DirtyBirds 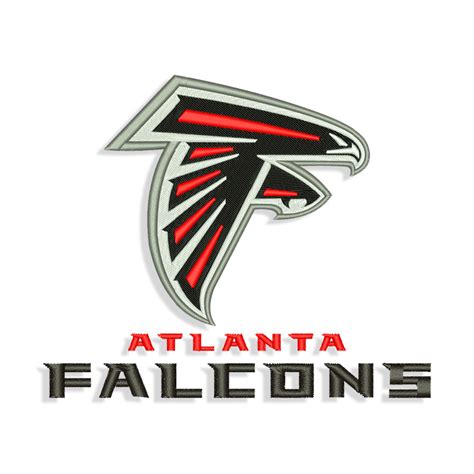 Football is right around the corner, so our fantasy season will kick off before you know it. It’s the time when fantasy magazines begin appearing in bodegas, and NFL Network begins airing fantasy football content. This is the beginning of the casual season, as some call it, but for us dynasty diehards, this is just the culmination of offseason work. Today we are covering the Atlanta Falcons. Welcome to the 2022 NFL season!

The Atlanta Falcons are a franchise in the middle of finding itself in a post-Matt Ryan world. A Super Bowl loss in 2016 has been followed by losing seasons in four of the last five years. Matt Ryan is off in Indianapolis, future Hall of Famer Julio Jones is playing for the rival Tampa Bay Buccaneers, and potential star wide receiver Calvin Ridley has been suspended for a year. Things are not great for the Dirty Birds. Not all is lost, though. The team has arguably the greatest up-and-coming tight-end in the league and has just drafted a potential Julio Jones replacement. However, with a combination of Marcus Mariota and Desmond Ridder throwing the ball, the ceiling for this offense may be low. Is there fantasy value to be had in Atlanta? Let us take a look and find out!

The quarterback position is definitely in a transition phase for the Atlanta Falcons. Gone is Matt Ryan; instead is a combination of Marcus Mariota and rookie Desmond Ridder. The critical information here is that head coach Arthur Smith and Marcus Mariota have a history together. Smith was the offensive coordinator of the Tennesse Titans in 2019, the year they switched from Mariotta to Tannehill. Could Smith be seeking a reclamation project for Mariota? Perhaps he is, but it is also possible he wanted to bring in a veteran already familiar with his system.

Interestingly enough, Desmond Ridder was drafted in the third round of the 2022 NFL draft before Malik Willis. Ridder was a four-year starter at the University of Cincinnati and led the Bearcats to their first college football playoff appearance. He was far from a perfect prospect coming out of school, and his game has a few flaws. He has some mobility upside and is a player similar to Mariotta. These similarities will ease any transition that may take place during this season.

Now the question is, when will Ridder take over as the starting quarterback in Atlanta? Usually, teams will look at the bye week as an excellent time to transition from an incumbent starter to a rookie quarterback. Unfortunately, the Falcons don’t have a bye until Week 14. Can Mariota hold off Ridder that long? It may depend on the Falcons’ record up until that point. The team’s success will all depend on how well Mariota does, but I can see Ridder taking over as early as Week Eight with a home game against the Carolina Panthers. This Atlanta Falcons roster is not that strong, and I do not expect them to win many games this year. Fanduel has the over/under for the win total at 4.5 for Atlanta, which is not great.

The last question is if there is any dynasty value to be extracted from this quarterback room, especially in Superflex leagues. As we can see in some of the trades below, Mariota is going for pennies on the dollar. This price for a mobile quarterback in Superflex is almost too reasonable to pass up. If you are a contender with a QB1 or QB2 with an early bye week, Mariota is someone I would be looking to add to your squad.

A brief look at the DynastyGM trade browser returns all sorts of deals involving rookie Desmond Ridder. His value is currently all over the place. If you are interested in adding him to your team, it may be best to wait until Mariota is named the starter. However, do remember with this team having a bottom-five roster in the league, the chances of them drafting a quarterback early next year are pretty high.

Cordarrelle Patterson was a fantasy darling last year, going from waiver wire claim to RB1 in the blink of an eye. He was used all over the field and finally lived up to his 2013 first-round potential. Behind him last year was two-down grinder Mike Davis, who is now on the Baltimore Ravens. Patterson remains on the roster, but the room around him looks different.

For the 2022 season, the Atlanta Falcons have brought in veteran running back Damien Williams. They also used a fifth-round pick on Tyler Allgeier, a big powerful back out of BYU. Allgeier went to BYU as a linebacker before converting to running back before his junior season. Technically, he is still learning the ins and outs of the position. Williams spent last season on the Bears, where he could only accumulate 164 yards on 40 attempts throughout the entire season.

If we have to predict how the 2022 season will play out, Williams and Allgeier will split most of the carries while Patterson continues his role as pass catcher/third-down back. Last year he was able to rack up 52 receptions on 69 targets, but unfortunately, that number will be coming down. Last season he had Matt Ryan at quarterback, one of the least mobile pocket passers in the league. This inability to run led to many check downs for Patterson. Marcus Mariota is a mobile quarterback who will likely want to pull the ball down and run instead of dumping it off to Patterson. With Mariota at quarterback, targets won’t be so easy to come by.

Patterson is currently going as RB38 according to Underdog best ball ADP, while Allgeier and Williams are going at RB46 and RB87, respectively. Is there value to be had in this backfield? Let us take a look at the DynastyGM trade browser to find out.

As we can see from these first few trades, values for Patterson are all over the place. I would advise getting out of him this season if possible. Make a mental note to yourself to check his value and unload when you find someone who values him higher than yourself.

Allgeier seems to be currently going for a 2023 2nd in Superflex leagues. This spot is a bit above where he was drafted back in the spring during rookie drafts. Increased value in an arguably better class may be too steep to pay. This backfield is a sell if anything.

Thanks to the dead cap hit by Matt Ryan and Julio Jones, $56 million combined, the Atlanta Falcons are shopping in the clearance section at wide receiver. The highest-paid receiver on this roster is Olamide Zaccheus, bringing in a whopping $2.5 million for the 2022 season. Thankfully, he is not the most talented. The Falcons spent a top-ten draft pick on USC wide receiver Drake London in the 2022 NFL draft. Joining them will be some combination of Bryan Edwards (3rd Round, 2020), Geronimo Allison (UDFA, 2016), Auden Tate (7th Round, 2018), and Damiere Byrd (UDFA, 2015).

Drake London is this group’s most valuable dynasty asset, and for a good reason. He is a large physical wide receiver who can win on the outside. Measuring in at 6’4” and 213 pounds, he is prototypical size for an NFL ‘X’ receiver. His body resembles former Falcon Julio Jones, and Atlanta fans immediately recognize the similarities. The quarterback for London’s first few years may be a little rough, but we have seen players such as Allen Robinson and Terry McLaurin produce with subpar quarterbacks. He is currently going on Underdog at WR33, but his dynasty value will rise after this season. Buy while you can.

Looking at the DynastyGM trade browser, we can find the following deals for London. He was drafted in the top three rookie drafts in 2022, and his value has only increased since then. 2023 is seen as a better class; he is going for 2023 first plus some. If you are a contender and expect that first to be late, that is a move I would be advising managers to do. Next year, we could discuss London going for multiple firsts, especially if Atlanta drafts a quarterback early in the 2023 NFL draft.

The real question for the rest of the wide receiver room will be how many targets are leftover after Drake London, Kyle Pitts, and Cordarrelle Patterson gets their share. From 2019 to 2021, the Arthur Smith offenses increased from 448 to 573 pass attempts. The 2022 season will be closer to that 573 as the Atlanta Falcons will be playing from behind most of the year. Pitts and Patterson accounted for about 180 of those targets last season. You have to figure that London will be good for about 130 his rookie year alone. That leaves approximately 275 targets to be divided among the ancillary pieces. Broken down, that is about 16 targets a game unaccounted for. If you feel like dumpster diving, you could do worse than offering a fourth-round rookie pick for your favorite option.

Kyle Pitts is the top tight-end in dynasty fantasy football. Full stop. He is a young, elite athlete with premium draft capital. Assuming he avoids injuries, he will be a top-five tight-end for the next ten years. There is not much more to say than that. If you have any ability to grab him, you must do it. However, looking at our DynastyGM trade browser shows that he goes for an extreme premium. Here are three trades where you must give up three lovely dynasty assets to acquire Pitts. In Superflex/tight-end premium formats, one can argue that he should be the first non-quarterback taken in a startup.

Anthony Firkser is the tight-end of note behind Kyle Pitts. He is important because he was on the Titans when Arthur Smith was their offensive coordinator. Firkser is familiar with the system and would take the starting job in the case of a Pitts injury. He is most likely on the waiver wire in a reasonable amount of dynasty leagues.

A savvy dynasty manager will know when to extract value from even the worst NFL rosters. This Atlanta team is at the first step of what should be a multi-year rebuild. Outside of Kyle Pitts and Drake London, I don’t see many of these players having relevance after the 2022 season. And they don’t even hold a ton of value for this season at that. These are teams where it just may be best to stay away.

We must remember that this front office restructured Matt Ryan’s contract to make it very hard to trade and then proceeded to trade him. I will need to see some positive team-building moves out of them before I can begin to believe they will be putting the right pieces in place. Atlanta will likely be in the running for either Bryce Young or C.J. Stroud. My only hope is that this franchise doesn’t ruin any of these promising young players’ careers.