Check out @DarthDbacks Dynasty Power Rankings for Quarterbacks! Where are the Chiefs or Bucs ranked? This is all about their dynasty future! 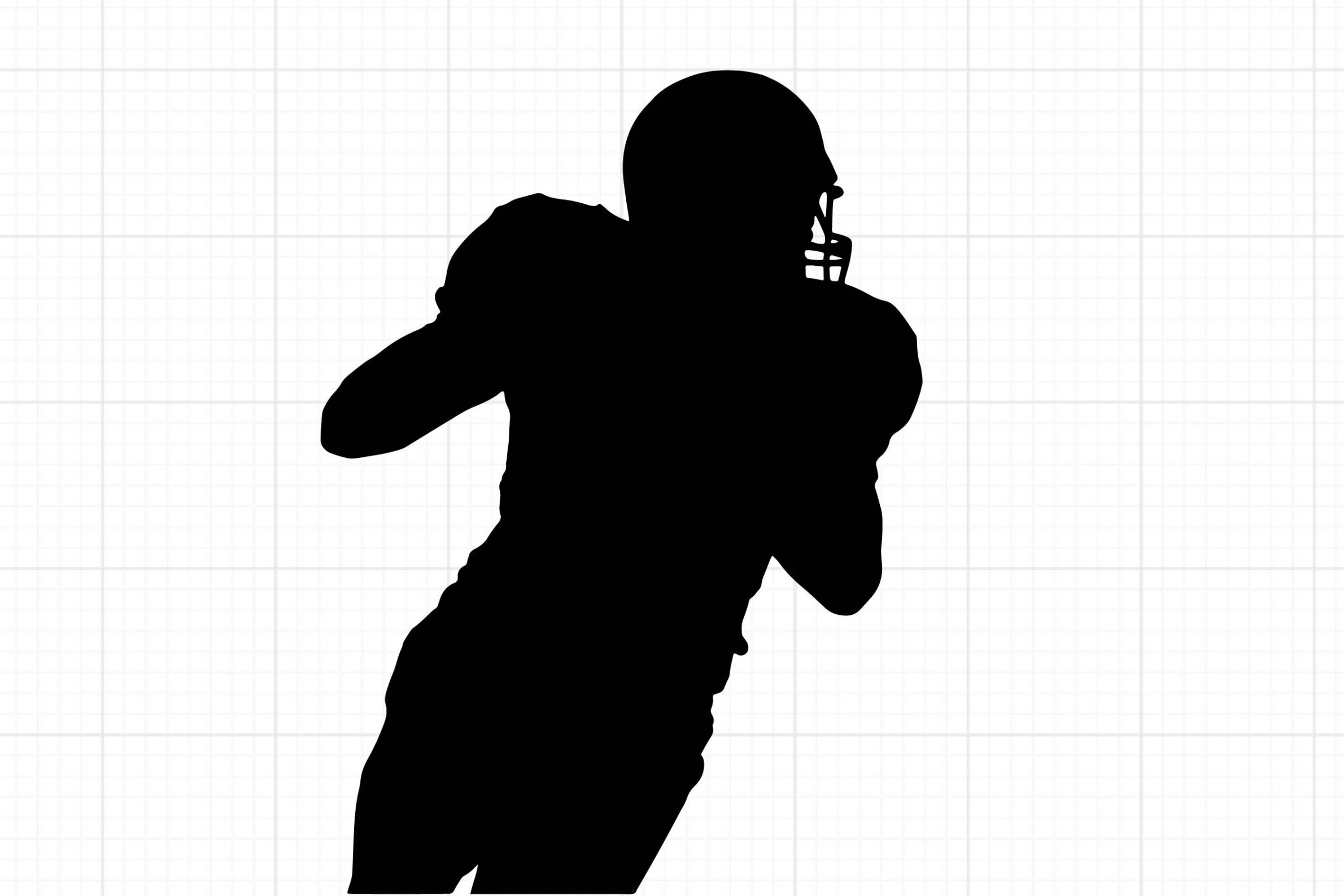 I know I love reading power-ranking articles or lists on all my favorite leagues. It’s fun to see where people put your favorite team and why they think the way they do. It’s a good mind-flex activity in which you try to compile a list in your head. Here at Dynasty Nerds, we don’t do normal power rankings. Instead, I’m doing a twist on the traditional power rankings. I’m looking at all 32 teams from a dynasty power rankings viewpoint. I’ll rank each team, viewed from a dynasty fantasy football point of view. This is intriguing because a team like the Tampa Bay Buccaneers might be ranked quite high in a normal power rankings list, but in dynasty, Tom Brady at quarterback will drop them quite a bit compared to a normal list. Let’s get started on these Quarterback Dynasty Power Rankings. Be prepared for some surprises.

I’ve done multiple startup dynasty drafts this year, and Josh Allen has been taken #1 overall in each of them. He’s thrown for over 36 touchdowns and 4400 yards, and he’s rushed for over 1100 yards and 14 touchdowns over the last two seasons. With a bunch of weapons, Allen is the QB1 in dynasty and gives the Bills the #1 spot in Quarterback Dynasty Power Rankings.

Patrick Mahomes is why the Chiefs are the #2 team in these power rankings. He’s won a Super Bowl, MVP award, and more. He is considered the most talented quarterback in the game right now. Mahomes is only 26. He has 151 touchdowns and 18,707 yards over the last four years.

Justin Herbert has transformed the Chargers into a contender. Herbert has played in only two seasons but has 69 touchdowns to 25 interceptions. He’s also a threat on the ground, with 500+ rushing yards and 8 touchdowns. Justin Herbert is 24 but plays older. The dynasty value is overwhelming thanks to his youth. He could be your QB1 for the next 8+ years.

Kyler Murray raises the Cardinals rankings quite high thanks to his lethal duo of passing and rushing. He’s a candidate to run for a touchdown on any play. Combine that with his baseball arm that can drop a pass into his wide receiver’s arms 50 yards downfield, and he’s one of the best players in the NFL.

After Joe Burrow led them to the Super Bowl in his second pro year, the Bengals know they’re set at the quarterback spot for the next decade+. He will get paid and stay in a friendly offense that will lend itself to plenty of quarterback points in dynasty.

Lamar Jackson is saying all the right things. He wants to be a Raven long-term; I see no reason to disagree with that. He isn’t worried about the contract since he knows he will be paid. Lamar’s a rushing quarterback that’ll give you an amazing floor with a strong ceiling if he can improve his throwing. He’s a sure QB1.

The Cowboys gave Dak Prescott a massive bag. Therefore, he’s their QB1 for a very long time. He’s a talented quarterback that can rush/pass and lead a team to the playoffs. Thanks to the ‘Boys explosive offense, Dak’s a surefire QB1. Their long-term quarterback outlook is secured.

The Rams traded for Matthew Stafford and secured their long-term quarterback future at the same point. With a fresh quarterback extension off a Super Bowl win, you and the Rams know who the quarterback of the Rams for the next 4+ years will be. I love that stability.

The Raiders acquired Derek Carr’s BFF in Adams while signing Carr to a long-term deal to make sure these two guys play for a while together. That’s great news to our dynasty ears as Carr is a low-QB1/high-QB2, thanks to the moves that the Raiders are making. The long-term outlook is secure.

The Jaguars have their quarterback of the future in Trevor Lawrence. Drafting him #1 overall means he will get four years to prove he’s the real deal. Now that he’s lived through the disaster with Urban, Trevor should reach his potential as a QB1/2 in real life and on your dynasty team.

In our Quarterback Dynasty Power Rankings, the Broncos secured their future as a QB1-ranking team thanks to their trade for Russell Wilson. He solidifies their team at quarterback and ensures their future as a playoff contender. This ensures he’s a QB1 in dynasty, too, for the time being.

The Browns are in a weird spot. Depending on what happens to Deshaun Watson, they have a dynasty QB1 for the long-term, as does your team. If he’s suspended for a year or more, that makes them a short-term mystery. Watson has the talent to be a QB1 long-term, but who knows when he will play.

The Vikings are stuck with Kirk Cousins. He has two years left on his deal, and I can’t see them getting rid of Kirk any time soon. It’s hard finding a reliable, strong quarterback in the NFL. They are playoff contenders if Kirk is there. Knowing this, Kirk is a reliable QB2 for your dynasty future.

The Patriots got insanely lucky taking Mac Jones. He’s proving to be the most pro-ready quarterback, and it’s clear the Pats view him as the long-term quarterback. That means you can safely know he will be a solid and reliable QB2 for the next decade on your dynasty team.

The Dolphins seem set with Tua Tagovailoa. They are building around him with a talented staff of players and coaches. He’s finally getting an actual shot without being sabotaged. Due to that, he should easily stay being a QB2 for the next two years, if not longer. They believe in him.

The Eagles have Jalen Hurts and Gardner Minshew. Hurts is set up for a make-or-break year where he either establishes himself as a top-tier quarterback or they draft one next year. With that uncertainty, the only reason the Eagles rank this high is because they have so many draft picks to trade for a top-tier rookie quarterback next year if Hurts fails.

The Packers have the Aaron Rodgers show for two more years, at least. They better hope he stays longer as they don’t have a true long-term answer unless Jordan Love improves. Having 2-3 years of ARod as a QB1 is amazing. The only reason they’re this low is due to his age.

The Jets are doing the right thing by building around their young quarterback in Zach Wilson. Wilson is their long-term answer and should be at least a long-term QB2. He’s got a ton of weapons, a solid coaching staff, and talent. He’s just unproven, which drops them down the ranks.

The Bears are in a similar spot as the 49ers. Justin Fields is their long-term answer, or at least for 2-3 years. He’ll provide a stable rushing floor, but his throwing is worrisome. Plus, the surrounding coaching and team leave a lot to be desired. His potential is unlimited, but his floor is that of a QB3.

The 49ers have ole reliable Jimmy G until they trade him. Then it’s the unproven Trey Lance time. Lance can give you a solid rushing floor, but his throwing leaves a lot to be desired. He’s the 49ers’ long-term answer, but there are too many questions about if he’s a good long-term answer.

The Steelers have a short-term and long-term answer at quarterback. Mitchell Trubisky is a fine stopgap QB2/3 for them while Kenny Pickett prepares. Once Pickett is ready, he’s set to take over a talented offense that should guarantee him a spot as a QB2. That’s steady value with his youth and talent.

The Titans have Tannehill for one more year. That’s good short-term value as he is a reliable QB2. Then it’s a mystery. Is Malik Willis up to the task? Can he be a high-end QB2, or is he a bust? Malik could easily be replaced due to his draft cost if he busts. Willis is a good short-term answer and only a potential long-term answer.

The Commanders have Carson Wentz and Taylor Heinicke. Wentz can be a QB1. If he can be a high-end QB2, their quarterback room is set for the next few years. You’ll get reliable production, but nothing league-winning. It’s a good quarterback room, but the potential is limited.

The Saints have a potential answer at quarterback in Jameis Winston. If he performs and stays healthy, he could easily be their quarterback for the next few years. That’s a big if, and if he fails, the Saints have zero recourse for another quarterback. That’s what drops them in the rankings—no potential long-term answer.

The Colts are like the Bucs. They have a good short-term answer in Matt Ryan but no long-term answer. They are ranked higher due to Ryan being there for at least two years. That is a long enough time to accurately grade his dynasty future as a QB2.

The Bucs have Tom Brady for at least one year. One year of the GOAT is worth a lot in real life. In dynasty, not so much. After Brady, the Bucs are in trouble as I’m not sure Kyle Trask is the answer. That’s what drops them so far. There’s no long-term answer, just a fantastic short-term answer.

The Texans might have a potential answer in Davis Mills. It’s up to how he performs this year. He was good last year but doesn’t have a long-term job yet. Davis has the outlook of being a future QB2 that could get to the playoffs. Until we know if he’s the answer, the Texans suffer in the rankings.

The Giants have Daniel Jones in a make-or-break year. If he improves drastically, they shoot up these Quarterback Dynasty Power Rankings. If he continues to be rather “meh,” the Giants truly have zero answers to their long-term quarterback issue since Eli Manning retired. It’s all up to Danny Dimes and their new coaching staff.

The Lions have Jared Goff, a reliable quarterback that is solid but won’t truly take you to the playoffs on his own. He’s a good QB3 with the potential to be a QB2. However, he’s not the Lions’ long-term answer at quarterback, which drops them in the rankings.

The Falcons don’t have a long-term answer at quarterback. Marcus Mariota is a stopgap QB2/3. Maybe and I mean MAYBE, Desmond Ridder is the answer. Yet, we won’t know that for a while, and he seems to have the potential of a QB2. Again, they have no long-term answer.

I don’t think Drew Lock or Geno Smith is the long-term answer here. Having two backup quarterbacks as your co-QB1s is disgusting. If they acquire Baker Mayfield, they rise a few spots, but this quarterback room is an eyesore compared to the rest of the impressive NFC West. No long-term answer.

Seriously, I don’t know if the Panthers even deserve to be ranked. Sam Darnold has had four years to prove that he sees ghosts. Matt Corral was the last of the “big-5” quarterbacks to be taken. I don’t trust either of these dudes stuck in a college offense that is proven to not work in the NFL. Neither of these quarterbacks is dynasty trustable.