@MandrewNFL continues his top 5 lists with the draft eligible wide receivers. Agree? Disagree? Drop a comment and let us know. 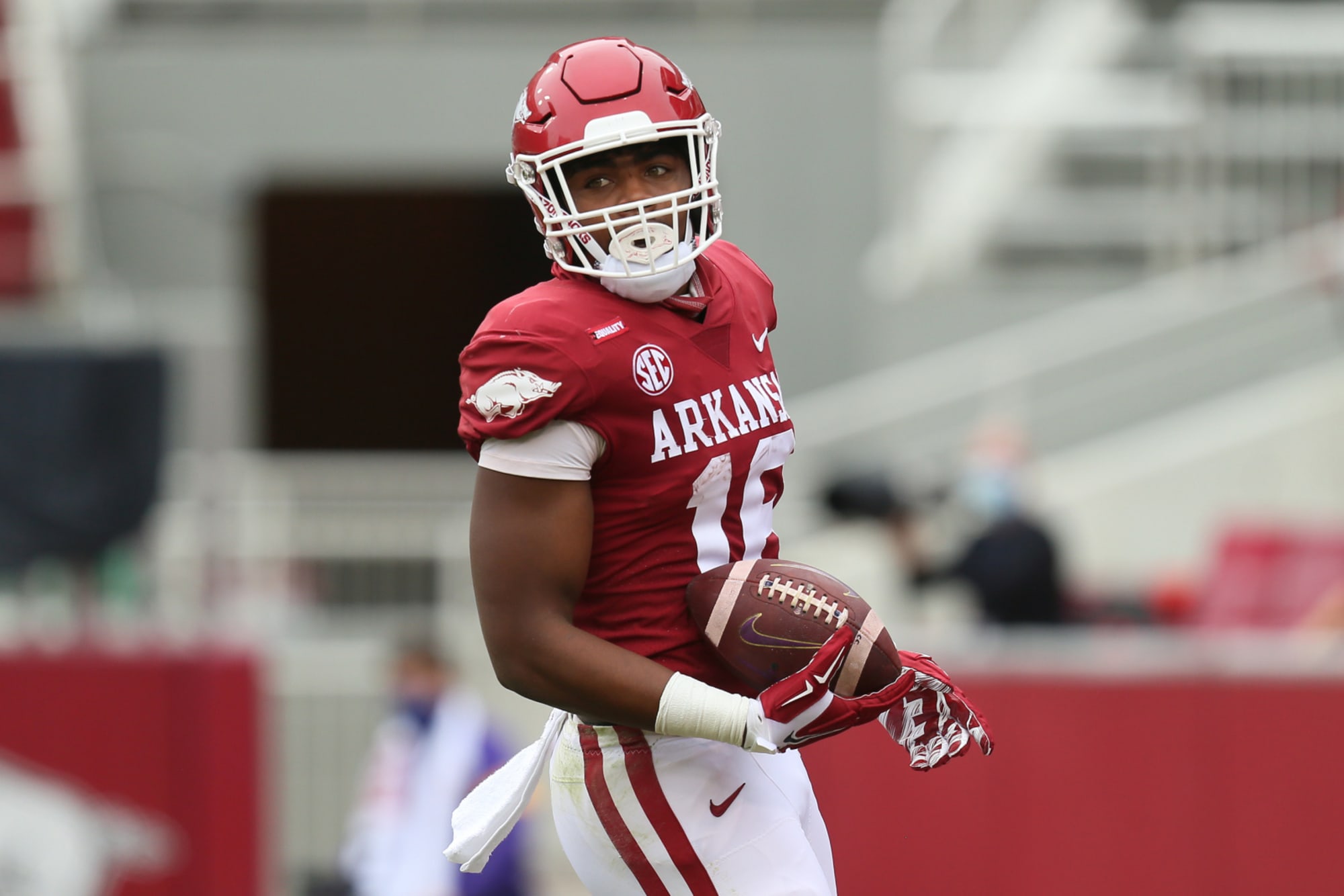 It is that time of year again, folks where the NFL converges upon the great city of Indianapolis, Indiana, to conduct the single greatest evaluation of talent all year, the NFL Scouting Combine.

One position that the 40-yard dash does help, though, is wide receiver, especially in a wide receiver class like the one we are facing right now. There are probably 15-20 wide receivers who will be taken in the first three rounds, maybe more. The number these guys post at the combine can be what puts one over the other.

Apart from the 40-yard dash, the other drills that are important will be the three-cone drill, the vertical leap, and the broad jump. All those can give us a complete athletic build-up of any of these guys, and for the top five, it’s going to be our own version of the NFL Olympics.

Heading into our version of the summer games, here are the top five as I see it when it comes to this batch of wide receiver prospects.

A physical freak visually, Treylon Burks may not test that great at this week’s combine That shouldn’t scare you off him. Burks on film can burn defensive backs in one-on-one, or he can simply overpower them, either works for him. If he tests well this week, great. If he doesn’t, though, this is a big don’t overreact warning.

Williams will be one of the lucky ones, along with Drake London, where due to injury, he won’t be testing. This means that we will have to wait for his pro day for any type of numbers, but those numbers can be skewed. Just ask Jalen Reagor. Williams has the film and reps to be a top ten talent in this draft. He just won’t get to prove that at the combine is all.

Garrett Wilson could come out of combine week as the number one receiver if we are being honest. His combo of smooth route running paired with a rumored athletic profile that could test off the charts has many people eager to see him test more than anyone else. He has already gotten comped to guys like Calvin Ridley and Odell Beckham Jr. With a good combine, he may be jumping to the top of boards and rookie drafts and be one of the better wide receiver prospects we have seen in recent years.

As mentioned above, London will not be testing at the combine as he rehabs a broken ankle that ended his season prematurely. So like Williams, if we settle for pro day numbers and his film, we will see he is very much in the top receiver discussion. London thrives with the ball in his hands and creating after the catch, which is rare for some receivers in today’s game. He has a chance to be a team’s number one receiver from day one.

Isn’t it hilarious for Chris Olave to be WR5? Olave has been a stud for the Buckeyes for several years now. He has played with different quarterbacks and never lost a step. This is an underrated trait that we don’t think about because his game is good enough to overcome any type of quarterback play he gets. His route running and physical traits already have him as one of the top-five wide receiver prospects. If he can get in the higher tier of the testing numbers, we may see a rise to the top part of all dynasty rookies.