The NFL Draft is over and the AFC East made some huge waves, particularly the Jets. Keith Ensminger is here to grade the draft of each of the teams in the division. 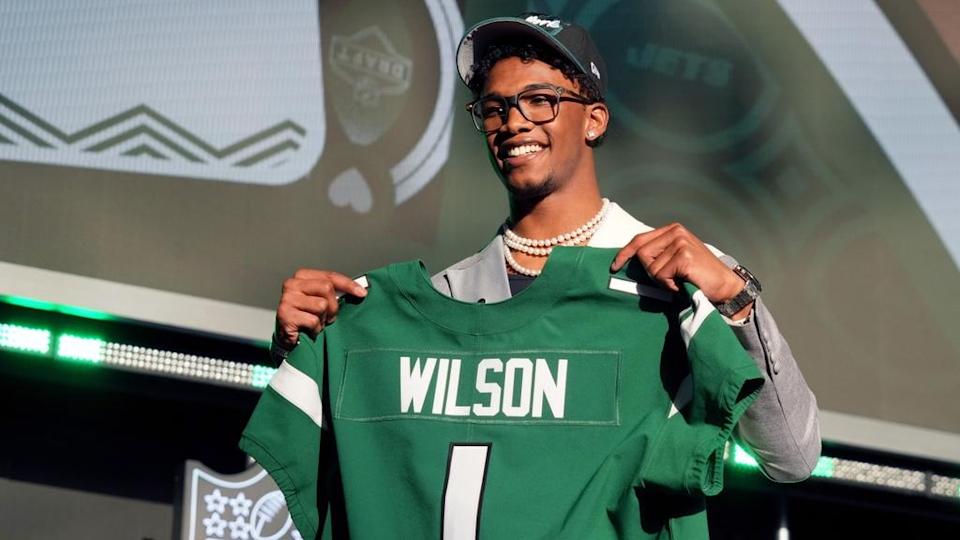 The NFL draft is behind us, and it is the rookie draft season. What better way to kick things off than some good, old-fashion draft grades? Therefore, let’s talk about the AFC East. Some very notable dynasty-relevant names landed in this division. For each pick, I have noted which players I felt would have been better selections given who was available.

Furthermore, if my draft grades seem low to you, it’s because I am a teacher. No easy grades here, thank you very much. After all, a grade of C is defined as average, right? Also, none of those silly plus/minus grades. Let’s keep it simple!

The Bills are a team loaded with talent, so it can be difficult for a rookie to earn touches. Cook and Shakir are talented players, but Cook may find himself sitting behind Devin Singletary, Zack Moss, and Duke Johnson. Shakir will start his NFL career as the fifth, possibly fourth-best wide receiver on the roster. It’s possible to love the talent but dislike the situation, and that is where I find myself with both of these players. They’re undoubtedly worth drafting, but do not expect an immediate return on your investment.

In this situation, Miami’s grade should likely be marked higher. The Dolphins did not draft many dynasty-relevant players, but that is because they used the picks in the Hill trade. However, the two players they did draft will likely not cause much of a splash in the NFL for two very different reasons. Ezukanma is a good player stuck in a crowded (and more talented) receiving room. Thompson is a seventh-round quarterback project. It’s hard to pass on using your rookie picks on either player, but at least they have Tyreek!

Maybe I am being too harsh on the Patriots, but I don’t see anything here that I like, do you? A backup QB with no dynasty value? Not one but two RBs drafted to a team notorious for frustrating dynasty owners at that position? A wide receiver with an awful Nerd Score overdrafted to a team that has historically done extremely poorly with finding rookie WR talent? Yuck, yuck, yuck.

Hall is the 1.01 pick in all formats. Wilson is my top-ranked wide receiver in this class. When you land the best player at both of those positions, how could they not earn an A? We’ll grade on a curve by dropping the grade for Ruckert because, as Meatloaf sang, two out of three ain’t bad. Two New York Jets may go off the board during the first and second rounds in your rookie drafts this year. Certainly, as with any rookie, anything could happen, but the future looks bright for both of these players in the Big Apple. In short, Zach Wilson and the Jets are ready to take flight in the 2022 season.

Now that the picks are in, the pencils are down, and the grades are submitted, what do you think? Who do you disagree with? What player am I too low on? Find me on Twitter at @TheSmingDynasty, or for our NerdHerd members, try our new Discord! Thanks for reading.

Thanks for reading Nerds! That’s all for today. The rookie draft season is in full tilt now that the NFL Draft is in the rearview. Time to start scouting these prospects or risk getting passed up by your league-mates. Check out all the great Rookie Profiles done by the Nerds Staff this offseason. However, nothing will substitute your own opinion, which is why the best edge in dynasty football truly is by becoming a subscriber to the #NerdHerd. New All-22 content is constantly getting added to the Dynasty Film Room. Additionally, you will get access to the DynastyGM. It is an invaluable resource for trading, especially for those in multiple leagues.