There are plenty of articles about rookie drafts, but what about an auction? Keith Ensminger (@TheSmingDynasty) writes about his orphan rookie auction 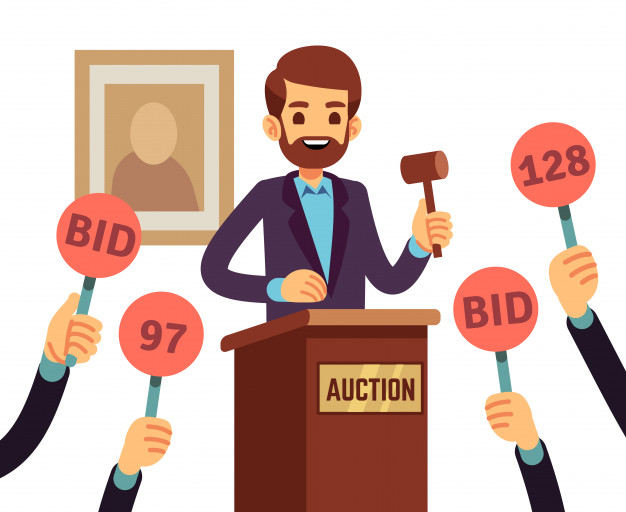 I took over an orphan dynasty team at the start of the offseason in a rather unique league. It is Marvel Comics-themed, and each team can use their given “powers” to do various things like winning a waiver claim, swapping players out of lineups, or canceling out the score of another team’s player. There are other minor aspects, but that is an article for another time.

Regardless of any league theme, suffice to say that the orphan team I picked up was much more Ant-Man than Iron Man. It had a few good players, which I’ll get into later, but it is a pretty big rebuild. Where to begin? This league also utilizes an auction to hold their rookie drafts, so I knew that this was where I had to attack. Therefore, I didn’t want to go in blind, so my research began.

Any time you join a new league, either a startup or an orphan, look at the league rules, settings, and scoring. Above all, I cannot emphasize this enough! This league is a PPR Superflex league with tight end premium, but more importantly, it is a points-per-carry league. I’ve been in a few PPC leagues before, and I know running backs are supremely expensive. Knowing that quarterbacks are also king in Superflex leagues, these two details definitely come into play with my auction strategy later.

With that out of the way, let’s take a look at my orphan’s roster.

I am not the biggest Kyler Murray fan, but in a PPC league, I knew he would be a good asset. Having Joe Burrow as my QB2 also made me pretty confident in this position. I wanted Taysom Hill to be my must-sell asset, but none of my league mates bit, unfortunately, even at far less than market value, and he remains on my roster. Knowing quarterback was one of the strongest positions on my team allowed me to sit out the insane bidding wars on the quarterbacks in this draft.

We start two running backs in this league each week, so despite having both Saquon and Edwards-Helaire, I felt very thin here. I am a big fan of Nyheim Hines, so he was my other hold. I wanted to sell anyone else on this list that I could, and I did so, which I’ll discuss in a bit.

Yikes. This was clearly the weakest part of my roster. I like Campbell and Mooney as mid-level assets. Slayton and Preston Williams are at least names with youth and past production. The good news for this roster is that wide receiver is such a deep position in dynasty right now, and this rookie auction would be plentiful to restock my team.

Also, yikes. While Harrison Bryant and Anthony Firkser may be decent TE2 types, I knew I had to figure out what to do at this position if I had any chance of rebuilding this roster. Kyle Pitts was an obvious target, but I knew that he would be expensive. Was there someone else I could potentially target for far a cheaper cost?

THE COST OF DOING BUSINESS

My next step was to look at the league’s economy. How much was each draft pick worth? How much money does each team have? What did previous draft picks go for?

If this is your first time doing a rookie auction, it is critical to understand that you will not get Trevor Lawrence at 1.01 for $200. That would be the case in any rookie auction format, but more so here, as money carries over from season to season. Our dollar amount is also one collective pot, and it includes money given annually for waiver claims and other bonuses. Here is a chart of the winning bids for the top 30 rookies from the 2020 rookie class.

Two conclusions from this chart? First, the top nine players all went for over $200, the dollar amount for pick 1.01. Second, the prices were skewed heavily towards the quarterbacks and running backs. This is what I would be facing in our upcoming auction.

Finally, I looked at the league as a whole. How much money does each team have? What positions will each team likely be looking to get in the draft? Thankfully, with the help of our DynastyGM tool, this was an easy process! I ranked the teams by tiers of money on hand, with my team highlighted in blue.

As I suspected, my team was weakest at wide receiver. I also quickly discovered that the only three teams with more money than me were weakest at quarterback. With that knowledge in mind, I suspected the team with the most money (double the amount of the second-place team!) would immediately go for Trevor Lawrence. The other two would likely fight for Fields, Wilson, Lance, and Jones.

With a few weeks to go before the draft, as rookie fever set it, I did make a few moves which I thought were good value:

This was a no-brainer for me. I am not a fan of Moss, even in a PPC league. The presence of Josh Allen will always dampen his touchdown totals. This move was made pre-free agency and the NFL draft, and many believed Buffalo would try to improve at running back during those few months. In return, I picked up Curtis Samuel, a wide receiver I am very high on. He immediately became one of the top wide receiver assets in my weak stable of pass-catchers.

Trade 2 – On March 2nd, I gave up Preston Williams for Tre’Quan Smith and $50

Later that day, I swapped Williams for Smith and more than recouped my $40 investment in Samuel. I see no difference between the value of these two wide receivers, especially with rumors of Miami wanting to draft a wide receiver. Not every move you make in a rebuild has to be a swap of major assets. Do not be afraid to make these little moves!

This move may be the biggest head-scratcher to you, but I am a believer in Cam’s ability to succeed with the Patriots this year. Yes, this was before the drafting of Mac Jones. That does not phase me. The Newton owner put him up on the trade block, so I reached out with an offer hoping to buy low.

Does acquiring Cam make any sense to a rebuilding team? No. However, my process in rebuilding is not limited to just soaking up young players and draft picks. It is to obtain any player I believe is a good value that could be flipped for a higher value later this season. For the cost of the equivalent of the 19th drafted rookie, a mid-second round pick, from last season, I picked up a starting quarterback with rushing upside in a points-per-carry league. In this league’s PPC scoring, Cam scored 20.04 points per game on the season and finished as QB20. However, through his first three games before COVID, Cam was QB7, scoring 27.47 points per game. Therefore, I believe Cam is the Patriots quarterback for this season, and I believe I will be able to trade him and make a profit on my offseason investment.

Remember being weak at wide receiver? Not much more to say here for my rationale. This was just days before the NFL draft, and I knew there was a chance that the Jets may take a wide receiver. Despite that, I felt acquiring Davis was worth the investment amount of a mid-second round rookie. At this point, I had specific targets in mind for the rookie auction, and I knew there would be a steep drop-off in value after my secondary tier of receiving targets. I could not pass up the chance to get a still-young WR3 now paired with a top-flight rookie quarterback. Even if he merely duplicates his numbers from 2020, this move was worth it.

I saved the best for last. This was by far my favorite trade. Following the NFL draft, but still before our league’s rookie auction, I was able to trade for my top offseason tight end buy for nearly the same cost as Pat Freiermuth would end up going for shortly after that. Yes, I like the Steeler rookie, but he and Smith are both 22 years old. However, while Freiermuth is a highly-touted rookie, Smith has two years of experience on him at the same age. Picking up Smith freed me from targeting the expensive Kyle Pitts to voraciously attack wide receiver in the rookie auction.

As anyone who has participated in an auction will tell you, it is difficult to discuss the moment-by-moment ins-and-outs of any fantasy football auction. So I will spare you the minutiae and skip straight to the results, filling in a few details at the end. To give you an idea of overall values for your own rookie auctions, here are the complete results of our league’s rookie auction. My players are highlighted in red.

My post-draft roster looks like this, a huge improvement over where I started.

CONCLUSIONS AND THE FUTURE

I am very happy with the progress on this orphan so far. With a young roster of wide receivers, I can let them mature as I gain enough draft equity to go for a title run in 2023. I plan to mostly sit out the 2022 draft and save up for the talented devy running backs everyone is starting to salivate over in the 2023 class.

However, that is two years away. A dynasty manager’s work is never done, so there are still moves to be made here in the meantime. I’m still a rebuilding team, so does it makes sense to hold onto Saquon? Should I try to move Kyler at what is almost certainly his maximum value? What to do about Taysom and Cam?

Rebuilding an orphan can be a tough, long process, but as Spider-Man once said, “No man can win every battle, but no man should fall without a struggle.”