The Superscore returns to help you evaluate the incoming rookie class. 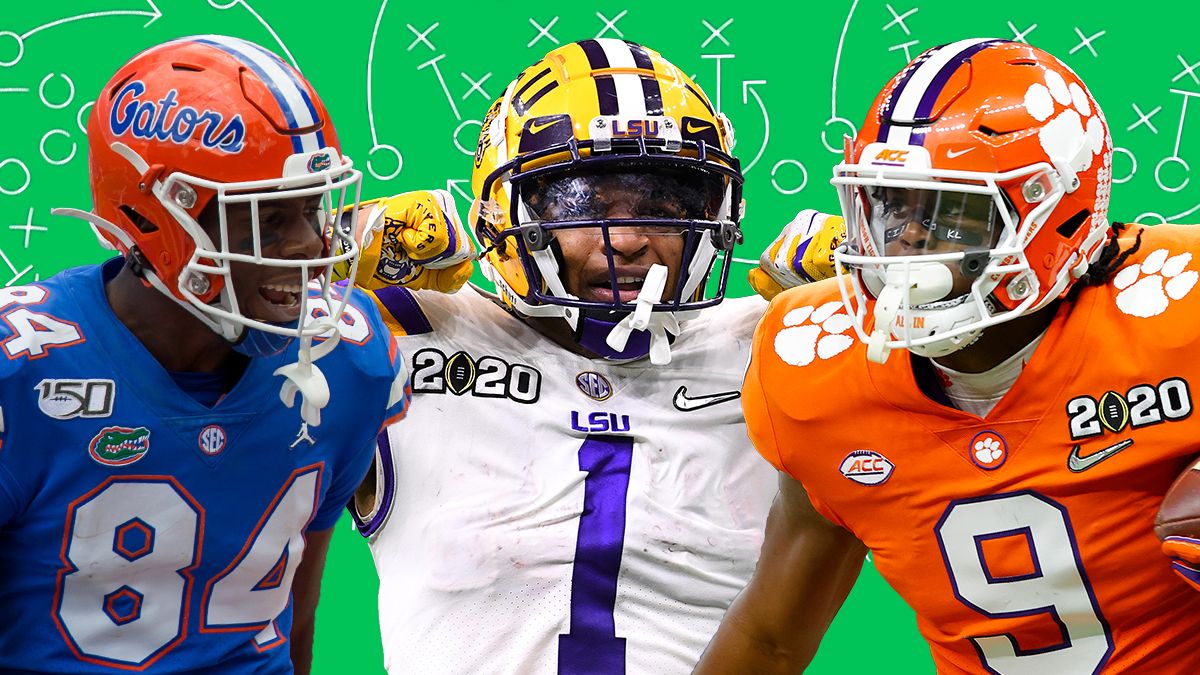 We are back again for Year 6 of the Superscore Project.  It honestly seems crazy that this has gone on for so long.  Before you continue reading, I recommend brushing up on the Superscore model with this article.  If you have been following this series for a long time your dynasty team is no doubt already loaded with cornerstone WRs, but the more the merrier.  Last year the model really loved Henry Ruggs (I still do love him), and also identified Aiyuk and Chase Claypool as great values in the mid to late second round last year (Hamler too).  Coming off probably the best rookie class since at least 2014, regression was bound to hit, and indeed it did with the 2021 rookie WR class.

Typically using Superscore we have been able to identify players that the model loves that are going late first or later in the draft.  The 2021 rookie group is the first time since I began this project where only one player has hands >9.5 inches.  Who is this player?  The celestial being Ja’marr Chase.  The model absolutely loves him, every model loves him.  He’s big, fast, has amazing draft capital with giant hands, and crazy college production.

Outside of Chase the model doesn’t really love anybody else.  In a regular year we are targeting players with hand size >9.5inches.  If we relax this requirement due to the overall smallness of 2021 then we can look at two other WRs who could be interesting.  Getting a player like Rashod Bateman with the 2.01 in a 12 team Superflex league is great value.  There are concerns with volume, of course, since the Ravens have been bottom two in pass attempts per game over the last two years, but if you really need a WR in this area of the draft, I think that Bateman is a great choice.

The other player the model loves is Terrace Marshall, who is going mid-second in 12 team SF drafts.  There is huge upside here, but if you take Marshall here, it should be view solely as an upside play.  Marshall was originally projected to be a first rounder in the NFL Draft, but injury concerns resulted in him sliding.  I do look at it as a positive that he still went in Round 2 (albeit one of the last picks of that round – #59).  You are not getting much of a discount on Marshall when you consider the real injury risk, but his upside is immense if he is able to stay on the field.

Because this class is so uninspiring, I thought I should give some bonus content and bend my model a bit to look at one other generational pass catcher who will be entering the league this year.  Many people have said that Kyle Pitts is really just a glorified WR that is labeled a TE.  It is because of this that I decided to see what happens when we include Kyle Pitts into the Superscore model.  To refresh everyone, this is looking at Height, Weight, Hand Size, Draft Capital and 40-Time.

When Pitts is included into this model, both the X-Axis and Y-Axis have to be extended significantly, because Pitts occupies his own universe.  This does make sense, conceptually, since tight ends are generally taller and heavier than even the biggest WRs.  But do not let this fool you, Pitts is still well ahead of his peers when we look at the last 10 tight ends taken in the first round.  Now these other tight ends are still loved by the model, but my big takeaway here is that Pitts is massively ahead of even the biggest, fastest, highest drafted tight ends going all the way back to 2010.

Historically tight ends have not been productive in their rookie years, and the overall bust rate on tight ends in general is very high.  Spending premium draft picks on tight ends has been a losing strategy, and taking Pitts early in rookie drafts prevents immense risk. Keep in mind this entire model, that loves Pitts, was developed around projecting WRs, and has never been applied to TEs, but I did not want to pass up the opportunity to plant my flag on Kyle Pitts as being truly generational and worth grabbing in all dynasty leagues.

Study: How To Best Construct Your Roster For SFB11
Aren’t You Tired Of The Bottom?
Black Friday Sale